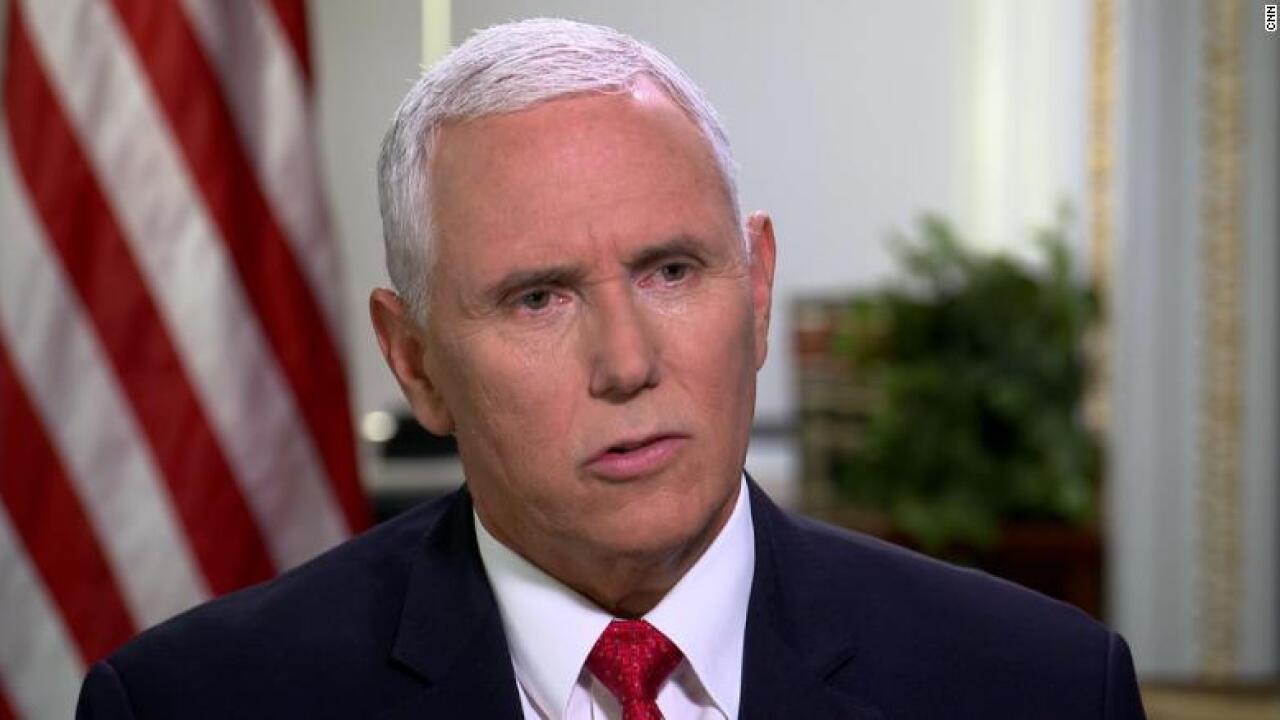 Vice President Mike Pence will visit the Pentagon on Thursday to discuss the future of the US military in space, including the potential for establishing President Donald Trump’s proposed Space Force, multiple US officials tell CNN.

Two sources in the vice president’s office confirmed his visit to the Pentagon.

Pence’s arrival is expected to coincide with the release of the Department of Defense’s report to Congress on the recommended organization and management structure of space components for the department.

The report on space and the US military was delayed and not unveiled on Aug. 1 as originally anticipated. A US defense official previously told CNN the report’s delay was due to minor tweaks and revisions that were still ongoing.

The report is not expected to call for establishing a separate Space Force military branch, as that would require action by Congress.

On Tuesday, Secretary of Defense Jim Mattis told reporters the Pentagon was still “working our way through this” despite an earlier leaked proposal that said the Pentagon planned to elevate Space Command to a major Combatant Command.

Mattis said he “absolutely” supported the move and that such an elevation was “certainly one thing that we can establish.”

Asked if such a move fell short of Trump’s call for a separate military service, Mattis said the department was “in complete agreement” with the President and his concern for space, saying Pence was “the point man” on this issue.