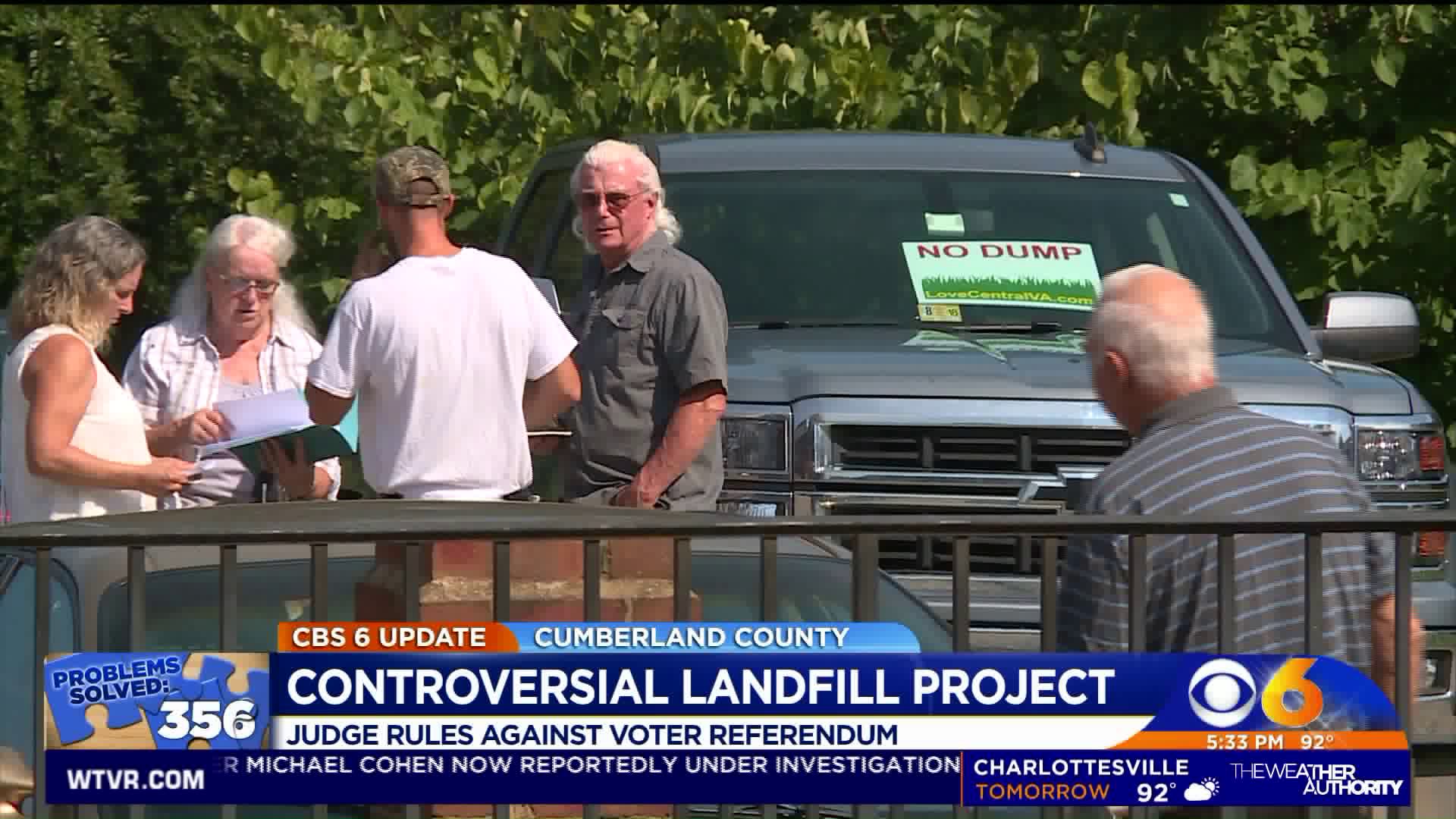 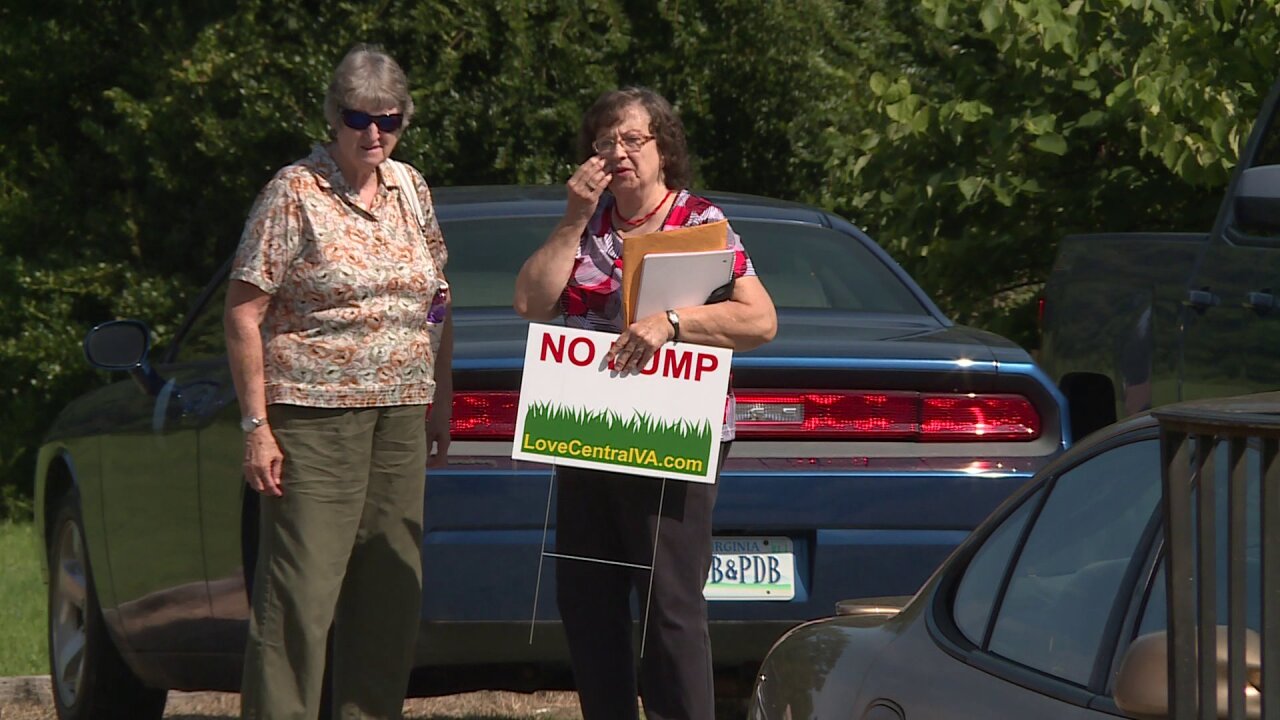 CUMBERLAND COUNTY, Va. -- The process to build a landfill in Cumberland County, Virginia will move forward after a judge ruled Tuesday against a citizen's request to have the issue put on the November ballot.

Judge Marvin Hughes dismissed the case Tuesday telling the court he didn’t have authority to intervene because there is no state law to guide him on the matter.

Earlier this summer, county supervisors voted to allow the landfill to be built off Route 60 in Cumberland.

Those citizens say they may have lost this round on a referendum, but they’re still going to fight it.

“It’s not a loss. This is a step. It’s is a process,” said Bill Bruce, who led the fight to get the landfill issue on the November ballot.

“It has been emotionally draining. My husband spends every day doing nothing else but researching this. We moved a year ago, this was our retirement. Very emotional,” said Laurie Halligan.

Some residents said they understood the ruling and Judge Hughes provided them with some ideas for additional discourse.

“The judge says we can appeal it on the zoning. And we can look to DEQ. We will appeal to them and ask for all of the environmental information. Any endangered animals… We are looking at every avenue,” explained Bruce.

County Waste of Virginia has said there would be lighting and noise limits. It also assured neighbors it would monitor wells and conduct sampling of nearby property owners.

Concerned neighbors have a meeting scheduled for Sunday, August 12th at 2 p.m. at the community center at the corner of Route 45 and Davenport.