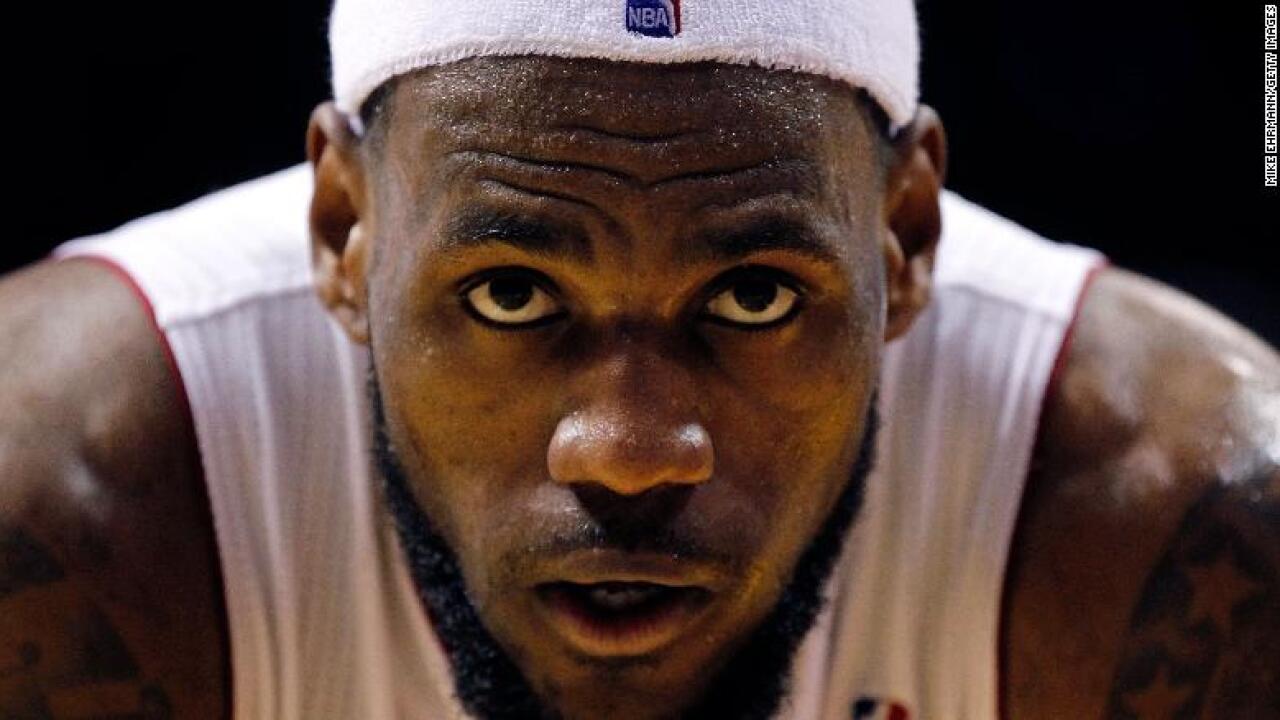 during a game at American Airlines Arena on January 17, 2012 in Miami, Florida. NOTE TO USER: User expressly acknowledges and agrees that, by downloading and/or using this Photograph, User is consenting to the terms and conditions of the Getty Images License Agreement.

“Lebron James was just interviewed by the dumbest man on television, Don Lemon. He made Lebron look smart, which isn’t easy to do,” Trump tweeted.

“I like Mike!” the President ended his tweet in what appeared to be a reference to the ongoing debate on who’s the greatest NBA player of all time, James or Michael Jordan.

James addressed various topics during his interview with Lemon, including politics, saying Trump has used athletics and athletes to split up the country.

“I can’t sit back and say nothing,” James told Lemon.

In the interview, James made a reference to football player Colin Kaepernick, whose kneeling protests launched an NFL movement and NBA star Stephen Curry, who last year said he would not visit the White House after the Golden State Warriors won the championship, prompting the President to disinvite him.

James signed with the Los Angeles Lakers after playing for the Cleveland Cavaliers, and recently opened a public school his charitable foundation helped build in his hometown of Akron, Ohio.