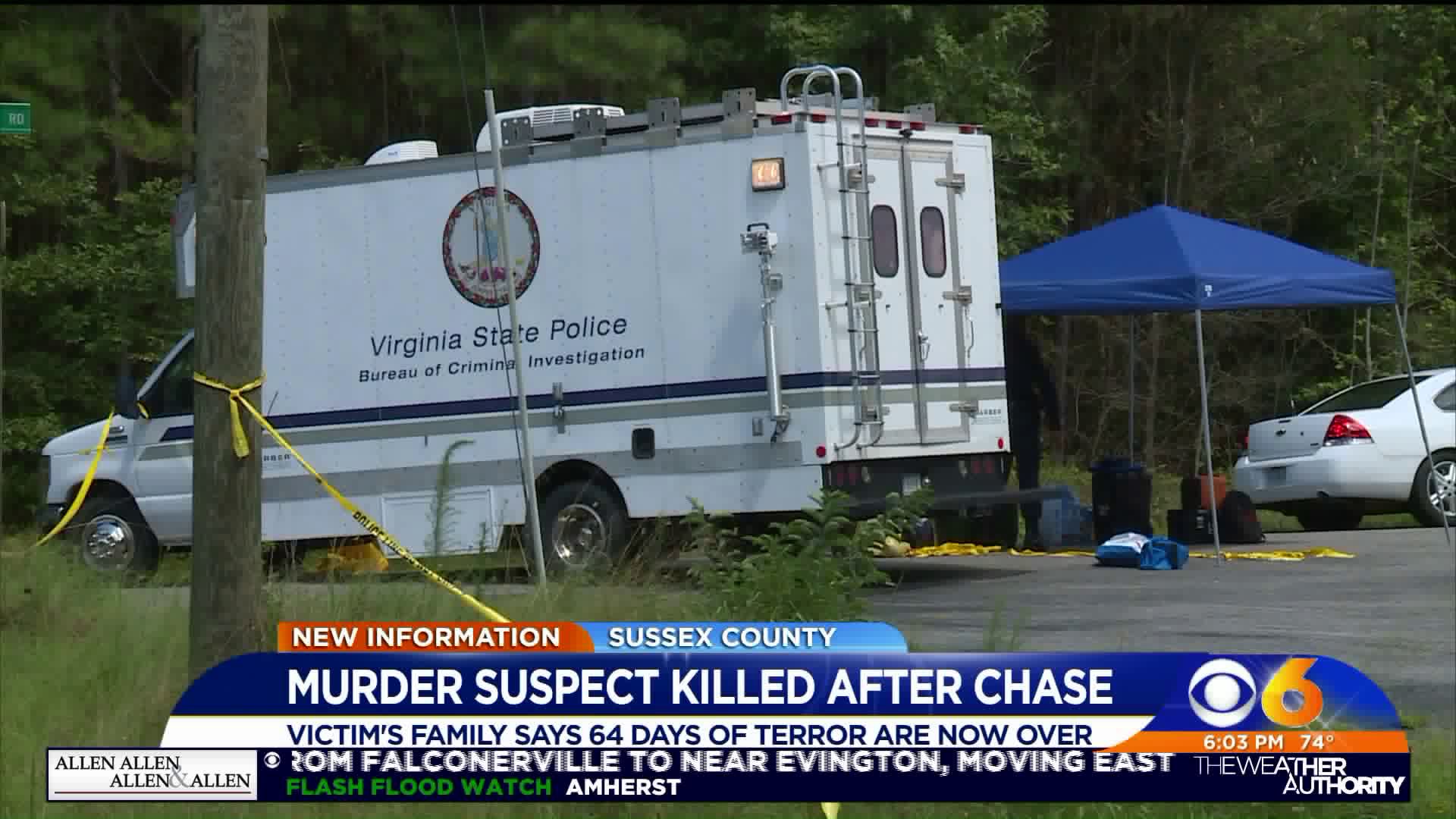 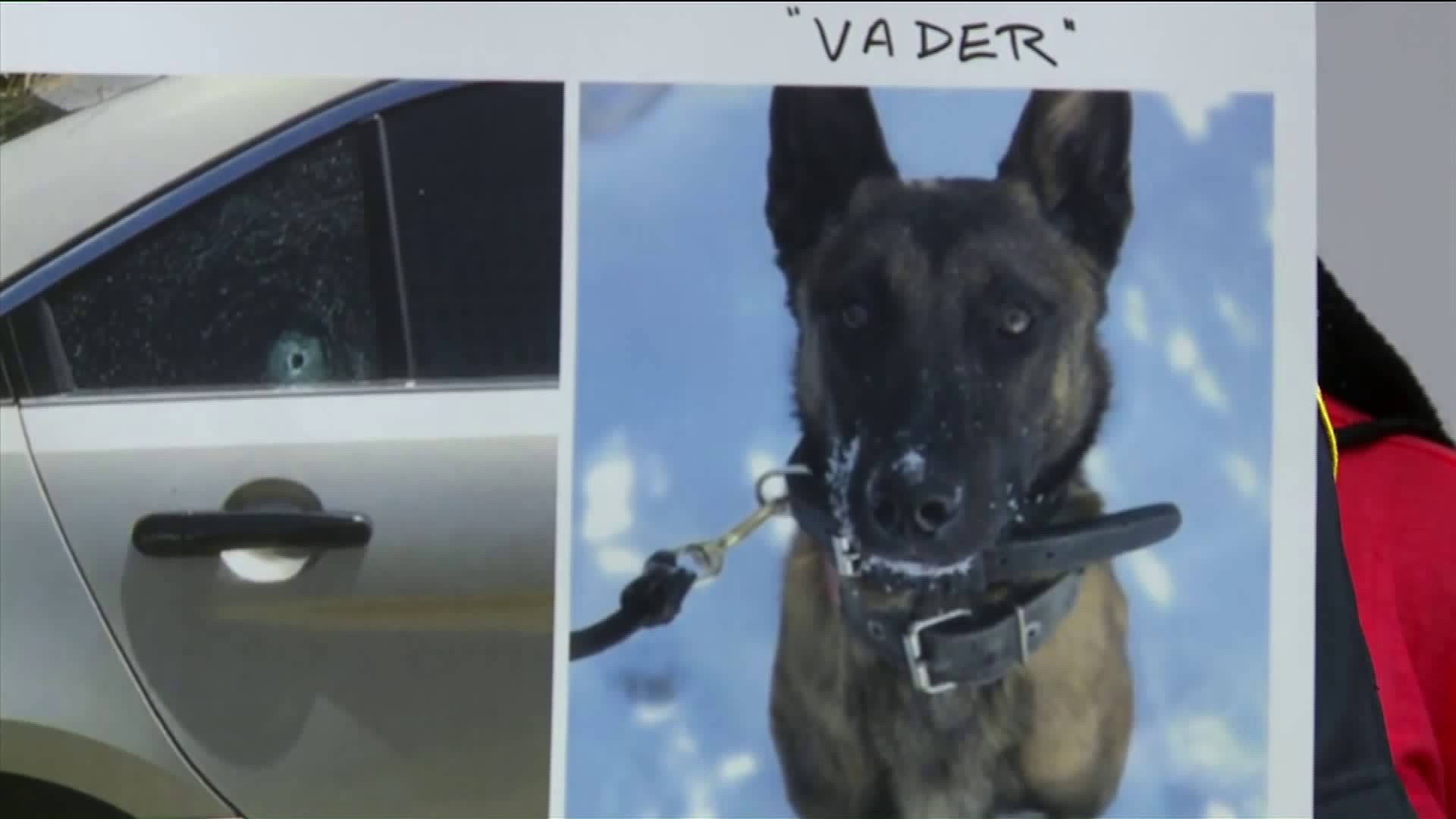 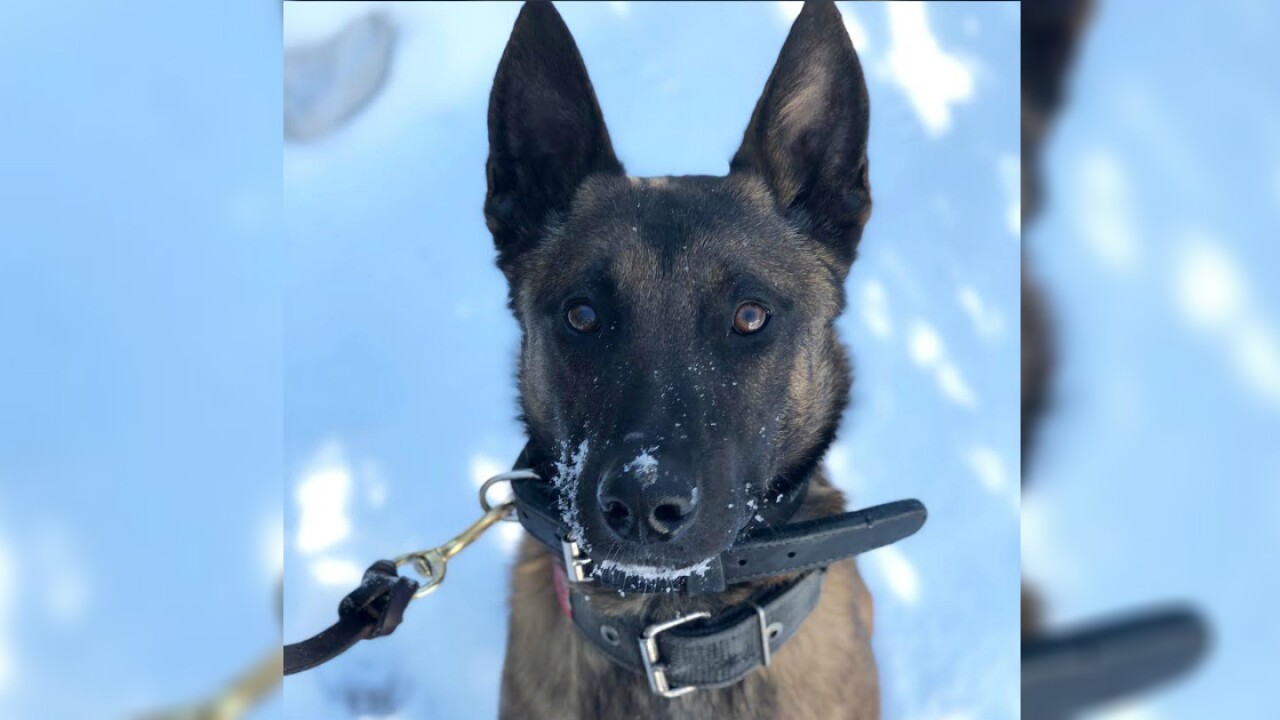 SUSSEX COUNTY, Va. -- Virginia State Police are planning a memorial service for the K-9 officer killed in a shootout with a murder suspect in rural Sussex County Wednesday morning.

"Our canine program is essential in so much of what we do as a Department to achieve our public safety mission," Virginia State Police Superintendent Col. Gary T. Settle said. "We are all deeply saddened by the loss of Vader and are forever grateful for his sacrifice and selfless service to the state police and the Commonwealth."

A state police blue-and-gray K-9 vehicle sat in front of the agency's administrative headquarters on Midlothian Turnpike Thursday evening as a tribute to Vader.

The day before, the Belgian Malinoisis was carried beyond crime scene tape where his life ended in a farewell salute to the fallen state police narcotics detection canine.

"For our canine handlers, their dogs are more than just a partner on the job," Settle said. "They are their protectors, their constant companion and confidant on the road. Vader was family."

A police processional followed for the two-year-old K-9 whose end of watch came just seven months after graduating training. 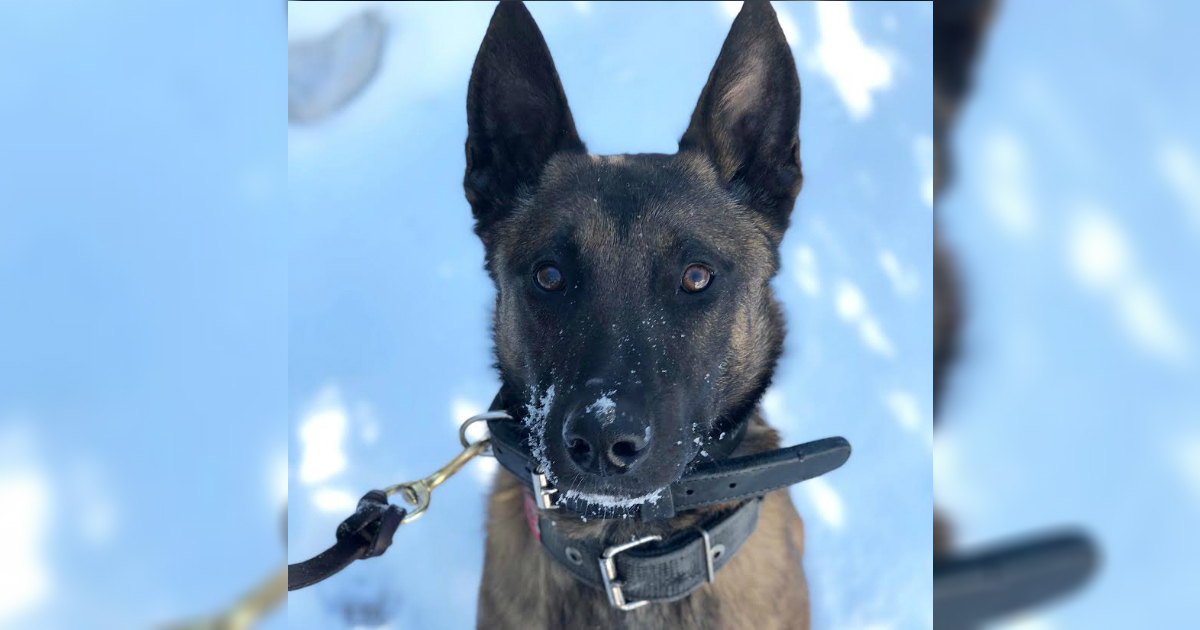 The suspect killed during the officer-involved shooting was positively identified as 41-year-old Tramaine Marquese Poole of New Haven, Connecticut.

Poole was wanted for the murder of 28-year-old Tyekqua Nesbitt who was shot to death in front of her two children in New Haven on May 31.

Officials said a Virginia State Police trooper headed north on Interstate 95 in Sussex County spotted a vehicle at 8:18 a.m. that was reported stolen out of Connecticut.

Virginia State Police Public Relations Director Corinne Geller said the driver sped away from the trooper when he tried to pull over the suspect.

As the pursuit began, officials said the suspect began firing  at the trooper's vehicle.

The pursuit continued along I-95 until the driver took Exit 24 for Owens/Route 645 in Sussex County.

Officials said that as the car approached the intersection of Loco School and Bell roads, troopers positioned themselves to stop the vehicle.

"Unfortunately, one of the suspects rounds, did go through the back window of a K-9 unit and struck the K-9, fatally wounding the state police K-9 dog,” Sgt. Michelle Anaya with Virginia State Police said Wednesday.

Officials said once the vehicle stopped, troopers engaged the suspect, shots were fired and the suspect died at the scene.

Geller said no troopers were injured and that the three troopers involved are on administrative leave as is policy for officer-involved shootings.

The investigation into the incident remains ongoing, Geller said.

Vader as a K-9 trainee during a test search during training exercises at Virginia State Police Headquarters in November of 2017.

“And one of the final things I would like to do is have [an officer] show the photo of K-9 Vader and ask for the thoughts and prayers of this community the citizens of this great state for the troopers in Virginia who have lost a member of their department.

Campbell said he plans to send officers to Vader's memorial to show "respect and support" for state police.