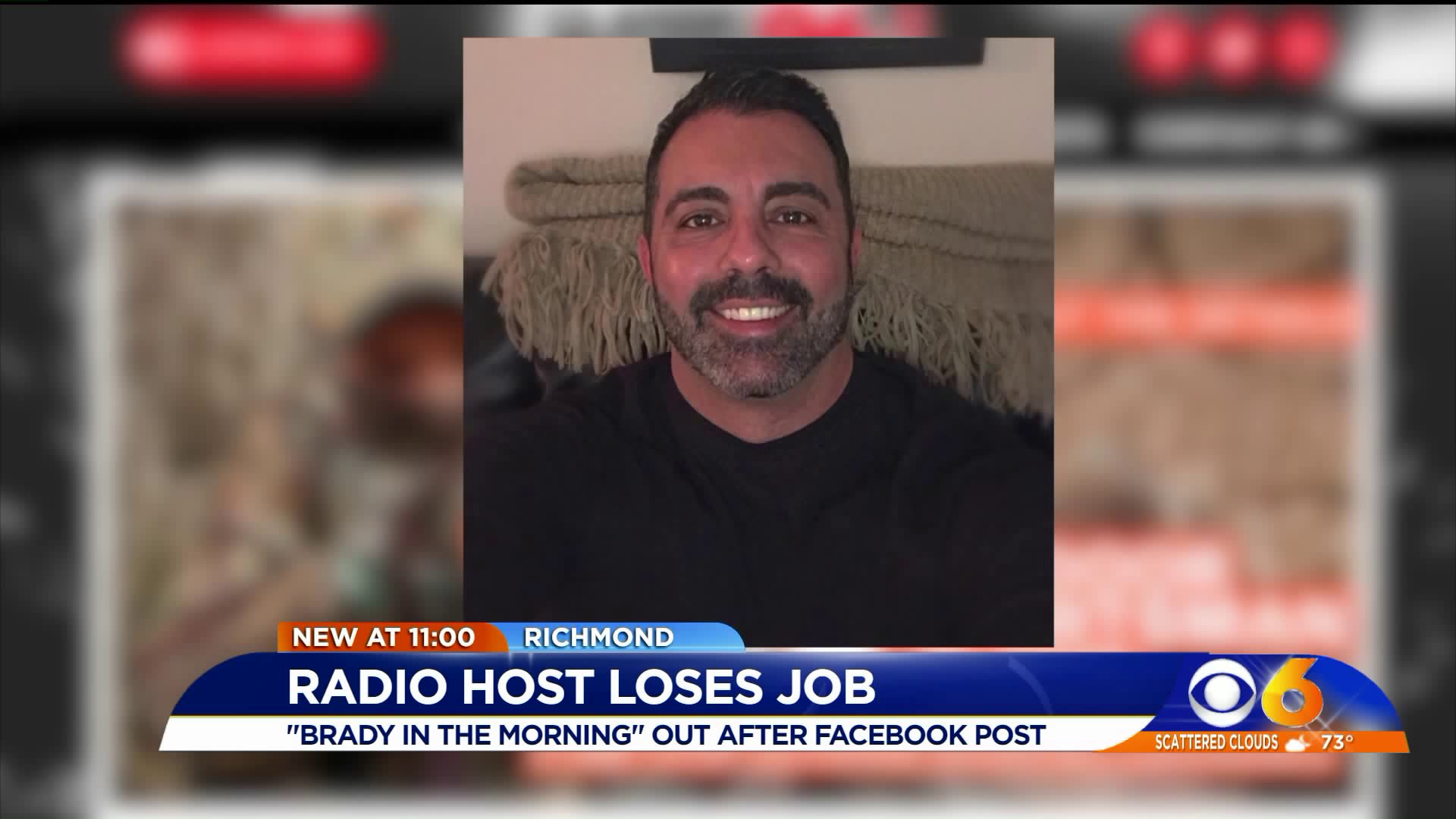 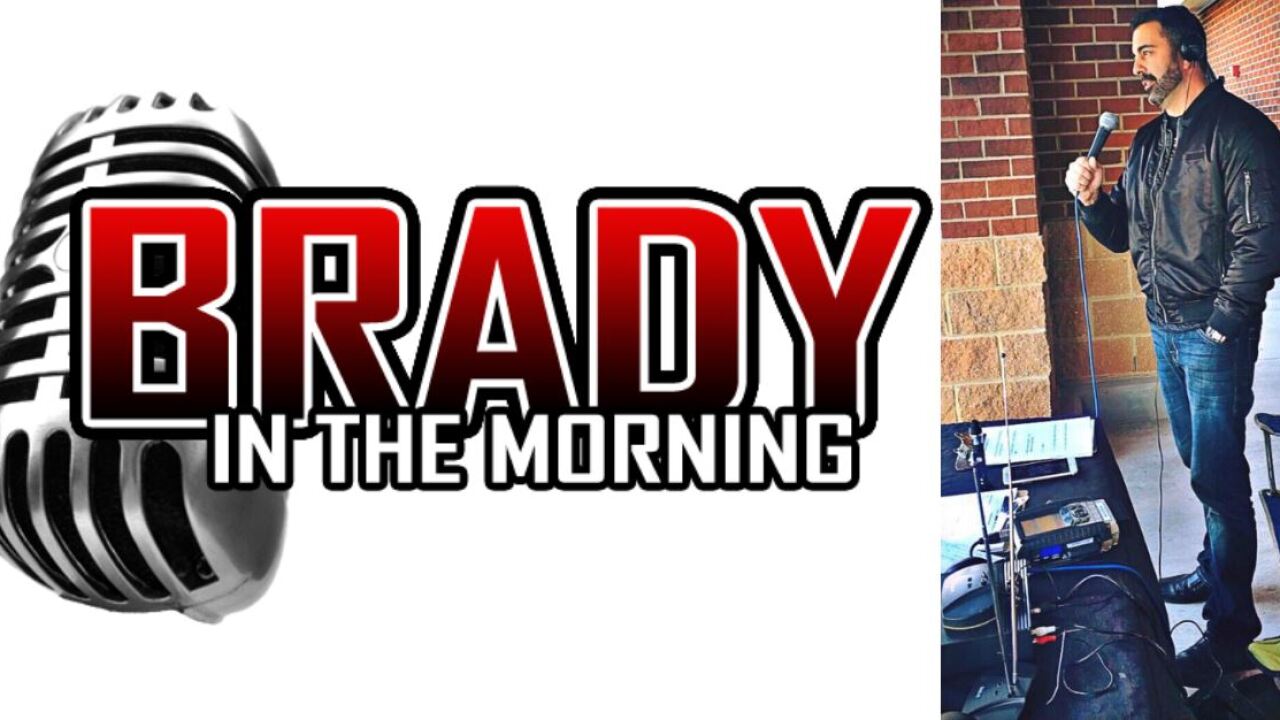 RICHMOND, Va. -- Classic Rock 96.5 morning radio host Brady DeAngelo is out of a job, according to his recent social media posts.

DeAngelo, 47, reported he was no longer employed by WKLR following reaction to a recent post he made on his personal Facebook page, and a followup reaction made on the station work page to that original post.

"I made a joke that some thought was inappropriate on my personal Facebook page and it became more of an issue than I believe it should have become," a post on the Brady In The Morning Facebook page explained.

The post in question caused an uproar among advocates of the "Me Too" movement -- which exists to hold powerful men accountable for sexual harassment and assault.

On Wednesday, a now-deleted post on Deangelo's personal Facebook page showed a woman at a bar (presumably in the Richmond-area). In the photo, the woman can be seen with her back facing the photographer (presumably Brady).

"When a female walks into a bar and IMMEDIATELY turns her chair around when she is forced to sit next to you because there's nowhere else to sit," the post began.

In a response that appeared to come from DeAngelo himself, the radio station's Facebook page replied:

"I deleted because you and a few other people needed to be angry. There's nothing to investigate. Want me fired? GOOD LUCK!"

Later in the Facebook exchange, someone who identified themselves as Program Director wrote:

"I am so sorry for the inappropriate response you received from a member of our staff. Those statements do not reflect the views or opinions of our station and company and this situation will be addressed."

"Classic Rock 96.5 is all about the music. We love all our listeners and feel that everyone should be treated with respect at all times. Recently one of our employees violated our trust and made some statements that do not reflect our values as a company. Because of this we are conducting an internal investigation and will come up with a response that addresses the situation appropriately. We genuinely and sincerely apologize to all those who were offended."

Brady, in his most recent public Facebook post, thanked his listeners, many of whom have showed their support on both his Facebook page and the radio station's page.

"I will be back on the air in Richmond at some point," he said. "To the clients I’ve worked with, it’s been a pleasure and thank you! I believe we did some amazing work together. I’m sorry if I don’t reply to your message right away but I’m going into hiding for a bit and try to figure some things out haha."

Station management would not respond to specific questions about the situation citing personnel matters.

My sense of humor isn’t for everyone. It’s blue at times and possibly offensive to some but my intent is to make people laugh. Comedy is subjective and you’re only as offended as you allow yourself to be.