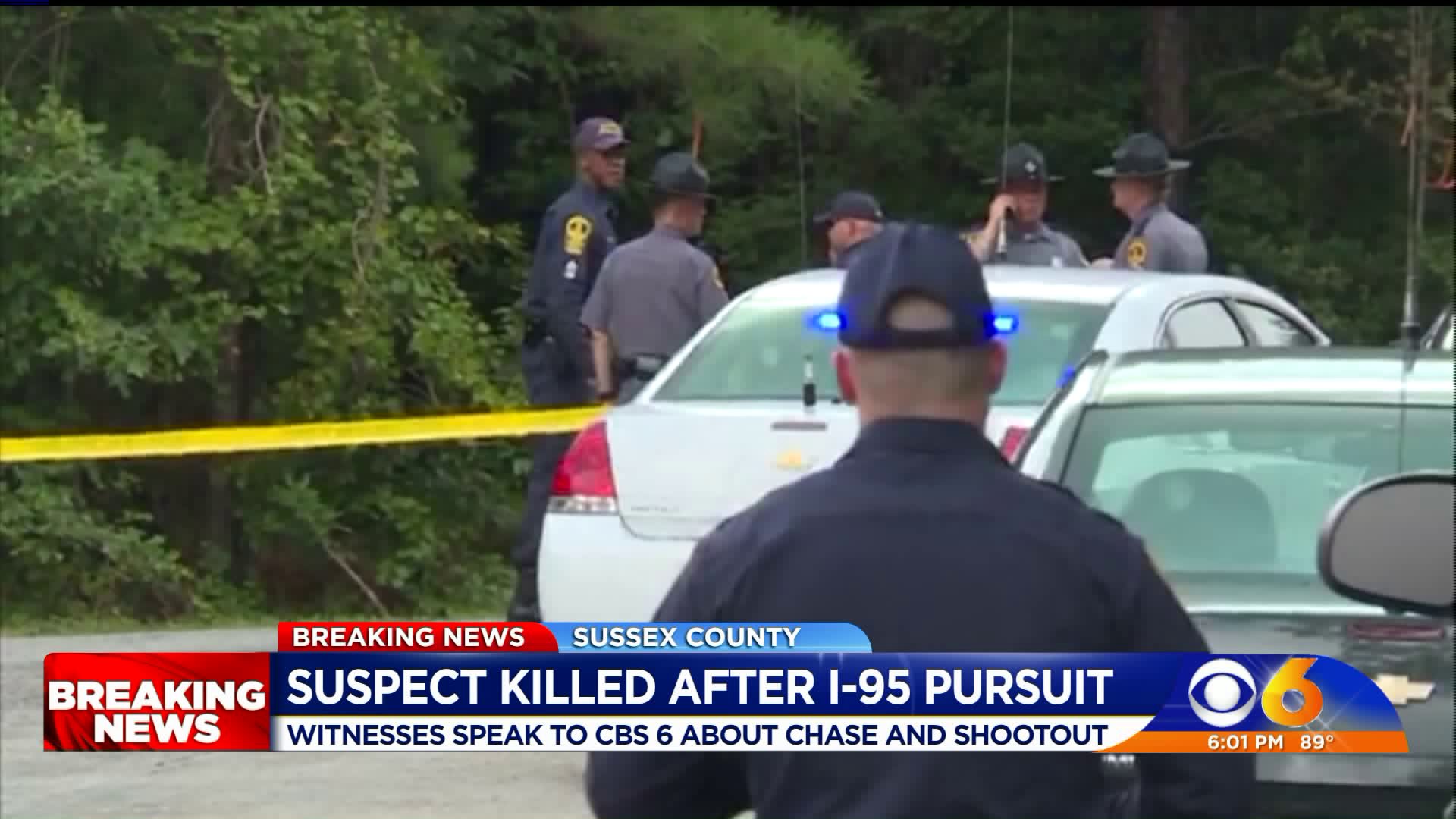 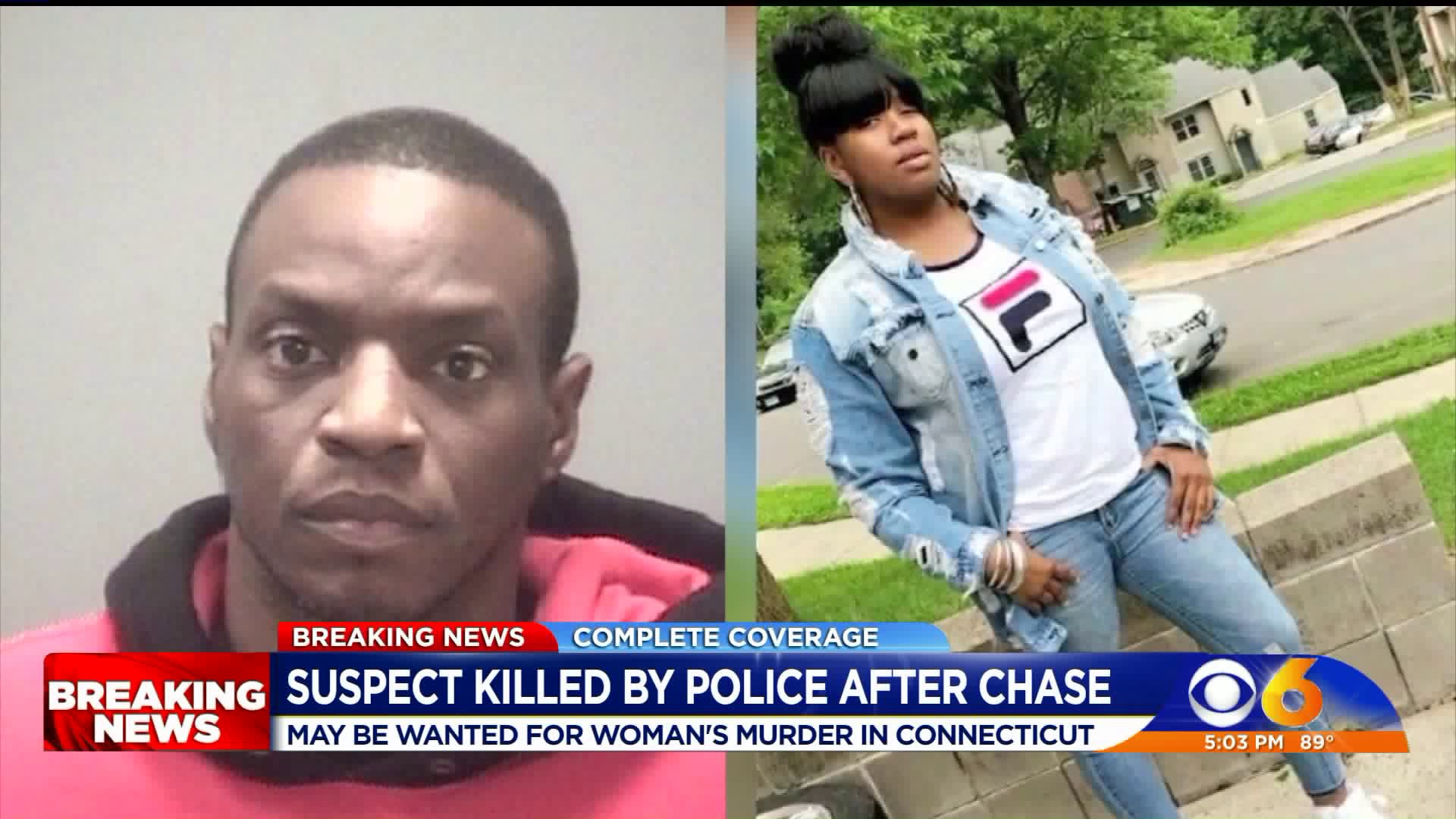 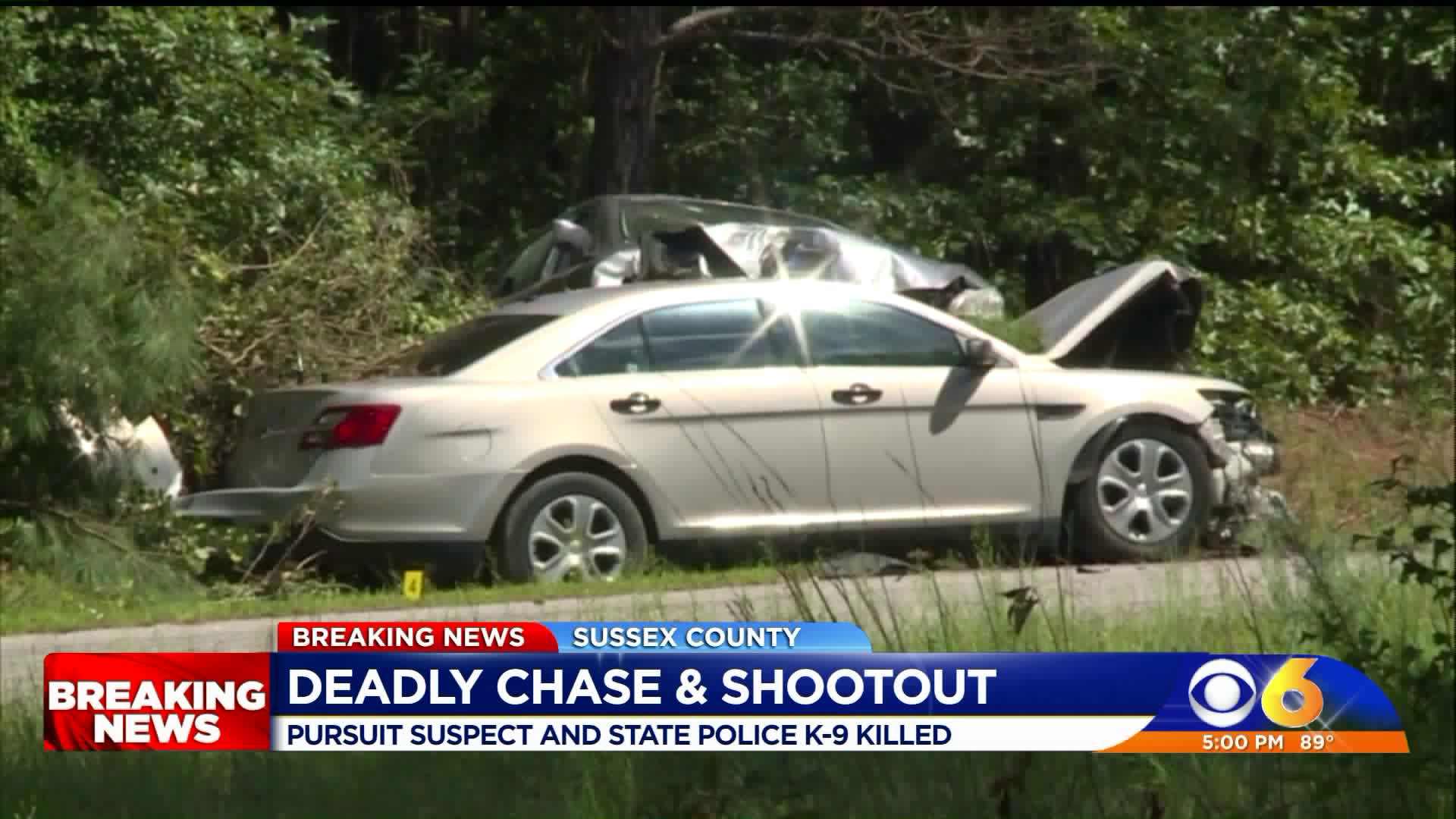 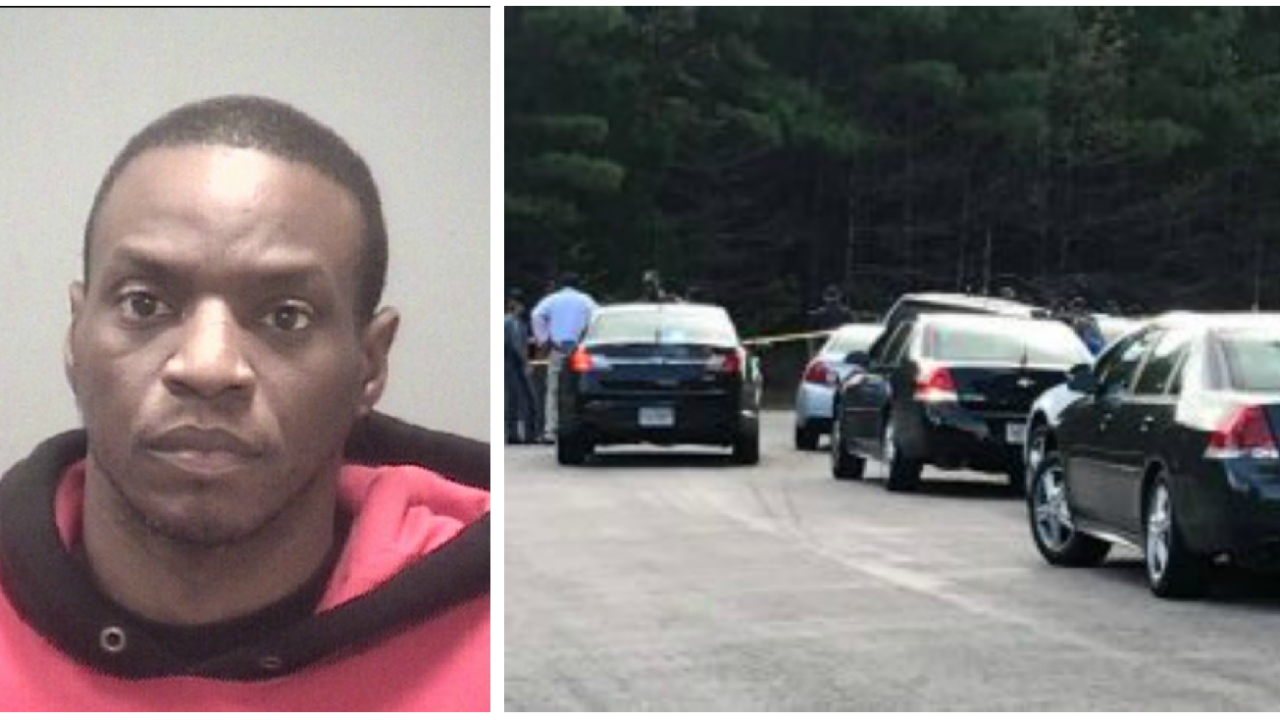 SUSSEX COUNTY, Va. -- One suspect and a Virginia State Police K9 is dead after police pursuit on Interstate 95 ended in a crash and gunfire Wednesday morning.

Campbell says Poole was wanted for the murder of 28-year-old Tyekqua Nesbitt who was shot to death in front of her two children in New Haven, Connecticut on May 31.

CBS 6 is working to confirm this information with Virginia State Police.

Poole was also wanted in New Haven for the first-degree shooting assault of his wife on May 7.

A $30,000 reward was offered by the U.S. Marshal’s Violent Fugitive Task Force and States Attorney’s office, to anyone who had information on Poole.

Wednesday's incident started around 8:18 a.m. when a State Police Trooper identified a vehicle that had been reported stolen out of Connecticut, according to state police.

Shots were fired from the suspect's vehicle as officers with the State Police Drug Interdiction Task Force initiated a traffic stop on Interstate 95 south of Sussex County, according to Virginia State Police spokesperson Sgt. Michelle Anaya.

One of the suspect's bullets struck a state police narcotics detection canine riding in the back-seat compartment. The canine did not survive his injuries.

Once off the interstate, more shots were fired from the suspect's vehicle toward police, Anaya said.

The situation ended with a crash near the intersection of Bell Road and Loco School Road in Yale, Virginia.

Once the vehicle was stopped, Virginia State Police say troopers returned fire with the male suspect, who was pronounced dead at the scene.

A female passenger in the suspect vehicle was transported to the hospital with non-life-threatening injuries. She has since been released.

The names of the suspects have not yet been released by Virginia State Police.

No Virginia State Police troopers were hurt in the incident.

The fallen K9, identified as Vader, was been given full honors, including lights and motorcycles, and escorted back to Richmond. The 2-year-old Belgian Malinois graduated from Virginia State Police Narcotics Detection Training in December 2017.

Three Virginia State Police troopers have been placed on administrative leave, as is standard after all officer-involved shooting incidents.