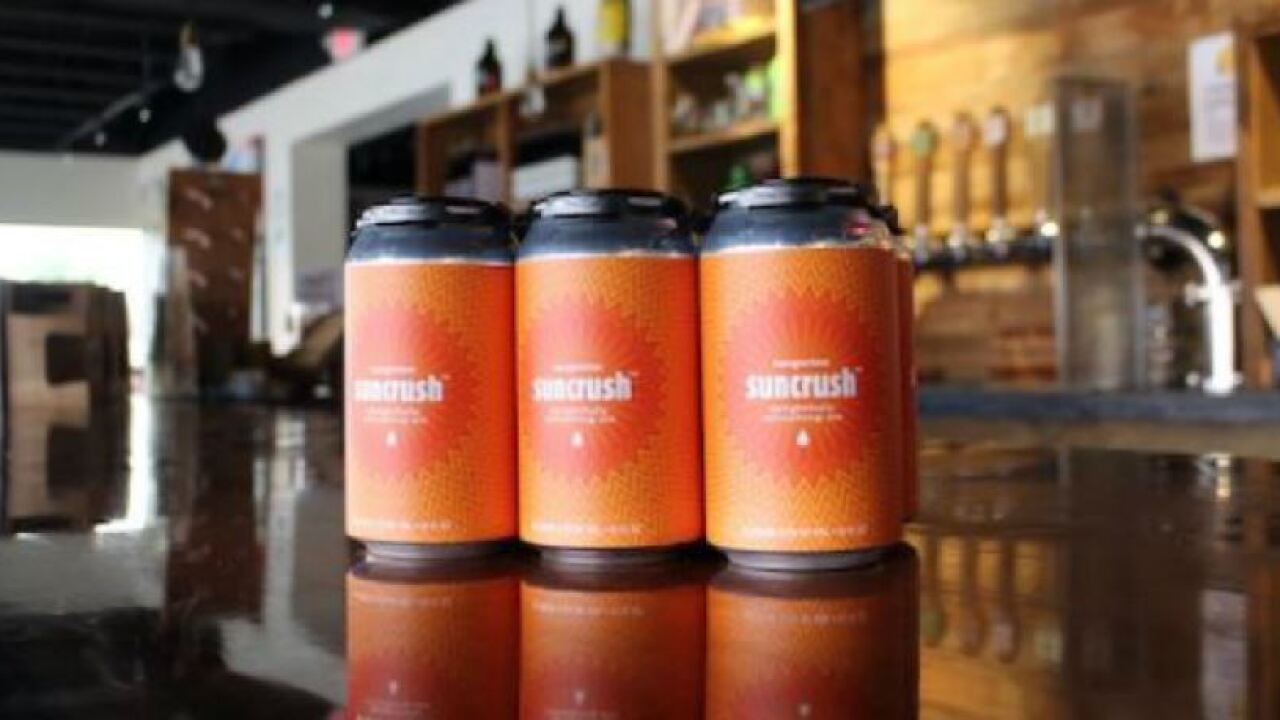 Suncrush is currently available only at Hardywood’s taprooms in Richmond, Goochland and Charlottesville.

RICHMOND, Va. — It all started with a day at the beach.

It was 2016, and Hardywood Park Craft Brewery co-founders Eric McKay and Patrick Murtaugh were on weekend trips to different beaches. They each brought with them some cans of beer from their brewery.

“I remember I had brought some Great Return (IPA) cans out with me on the beach,” McKay said. “It’s one of my favorite beers but it’s got 7.5 percent alcohol. It’s big hoppy beer with some caramel malts…it’s great for certain occasions, but it’s probably not the ideal beach beer.”

“I had one of our Berliner Weisses, and they seem like they’d be good outdoor beers, but you drink another and it’s just a little much, drinking sour beers on a hot day,” he said.

Upon their return to their Richmond taproom, they started considering a more drinkable, beach-friendly alternative.

“What would be the perfect beach beer, the perfect outdoor beer, the beer you want to take with you when you go hiking, fishing, golfing, or whatever?” Murtaugh said.

The roots were laid for Suncrush, a new offshoot brand that is separate from the Hardywood brand and will have its own line of beers.

The duo trademarked the Suncrush name and played around with some recipes.

McKay and Murtaugh decided their ideal beach beer would be low in alcohol content, with reduced gluten, containing some tea elements and have a bit of a fruity flavor.

But they weren’t initially able to brew it in mass.