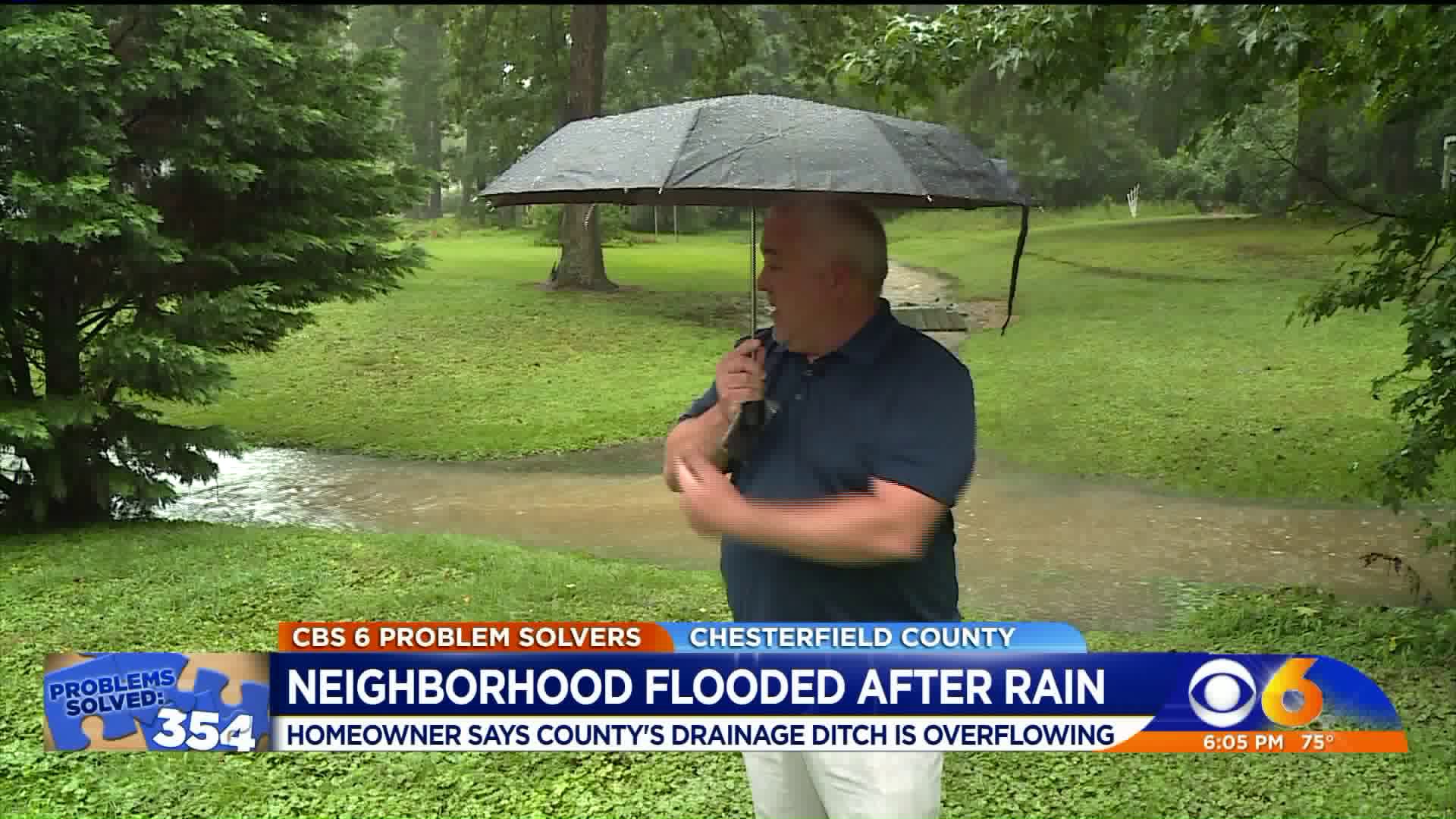 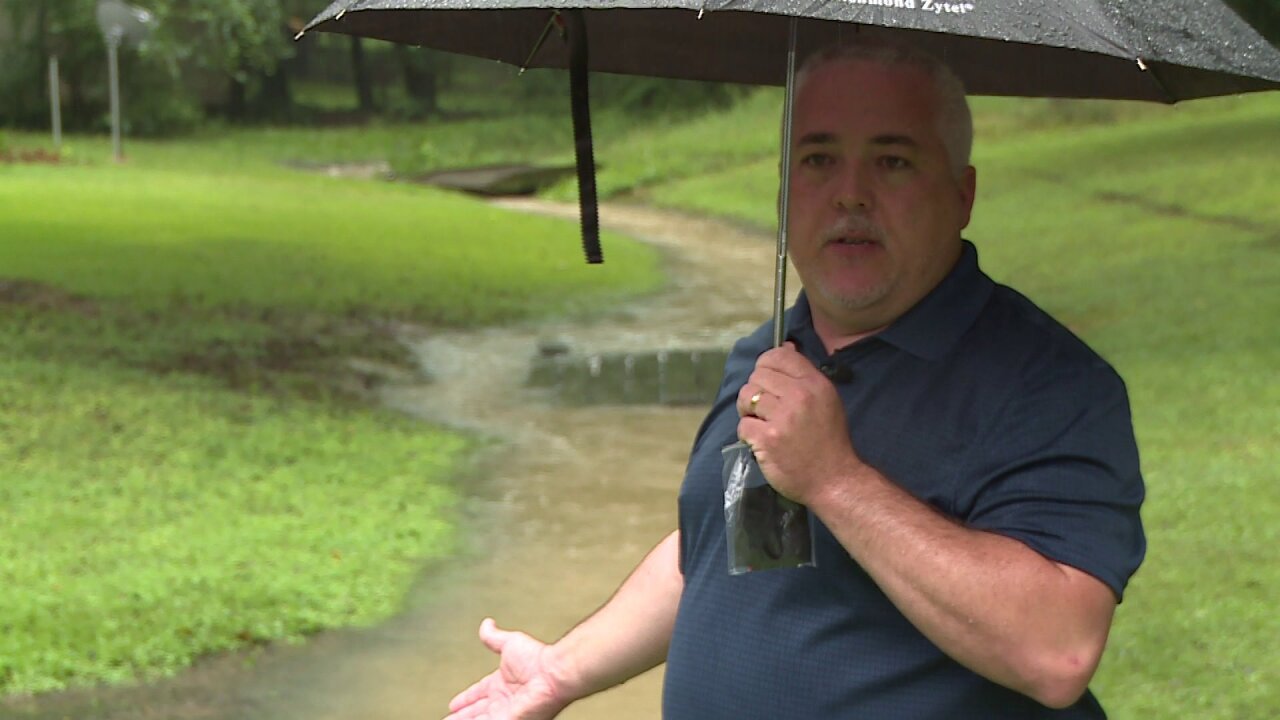 CHESTER, Va. -- Home owners on State Avenue in Chester contacted the CBS 6 Problem Solvers after they say Chesterfield County is not doing enough to fix persistent flooding in their neighborhood.

After hard rains like the storms that rolled through Monday, Jeffery Glenn said his backyard and his next door neighbor's turn into lakes because of flood waters from two county drainage channels that converge between their property lines. The flooding regularly results in water up to the side of his home and leaking into his crawl space, Glenn said.

Video shot Monday morning shows flood water from the channels all the way up to the foundation of his home.

"There’s just too much volume of water for what we’re doing this day and time," Glenn said. "When this neighborhood was originally built, probably back in the 50s, it probably wasn’t bad, but now, with all the other neighborhoods built around us, all the water is coming from other locations, this is water not just from my area."

Neighbors tell CBS 6 in the past they have discovered random items like tricycles, liquor bottles, or even bowling balls when the water recedes.

Glenn said he has asked the county for help multiple times, but when those requests went no where, Glenn contacted the CBS 6 Problem Solvers.

Crews were called out to clear debris from the culvert near State Avenue, officials said. County leaders said Glenn and his neighbors can purchase flood insurance to protect their homes.

CBS 6 asked if any physical changes could be made to divert the amount of water that flows through the drainage channels by Glenn's home, and a county spokesperson said they are checking with their environmental engineers.

Glenn said insurance is not the solution, and expects the flooding will continue until something is done.

"All I’m asking for is a little help to reroute the water to keep from damaging my home," Glenn said. "It’s supposed to rain three or four days this week. This right here, where we are standing right now [backyard], will be completely underwater, and there ain’t nothing I can do about it.”

We sympathize with Mr. Glenn and understand his frustration. I think it’s important to note the region has seen a historic amount of rainfall already this year and with this property being in the county’s flood plain, unfortunately, flooding will occur when we have had as much rain as we have over the last several months.

Staff from the county’s Environmental Engineering Department perform maintenance, by clearing the drainage channel of debris, on the property several times a year. This is to ensure any flooding that occurs is not made worse by clogged culverts under the road. The county will continue to work with Mr. Glenn and the property owners on State Avenue to try to reduce the amount of flooding they experience. It’s recommended that property owners who are located in a flood plain, as well as those who live in other areas prone to flooding, obtain flood insurance to safeguard their homes. Residents can see if they are in a county flood plain by visiting http://geospace.chesterfield.gov/pages/environmental-engineering-application-gallery.