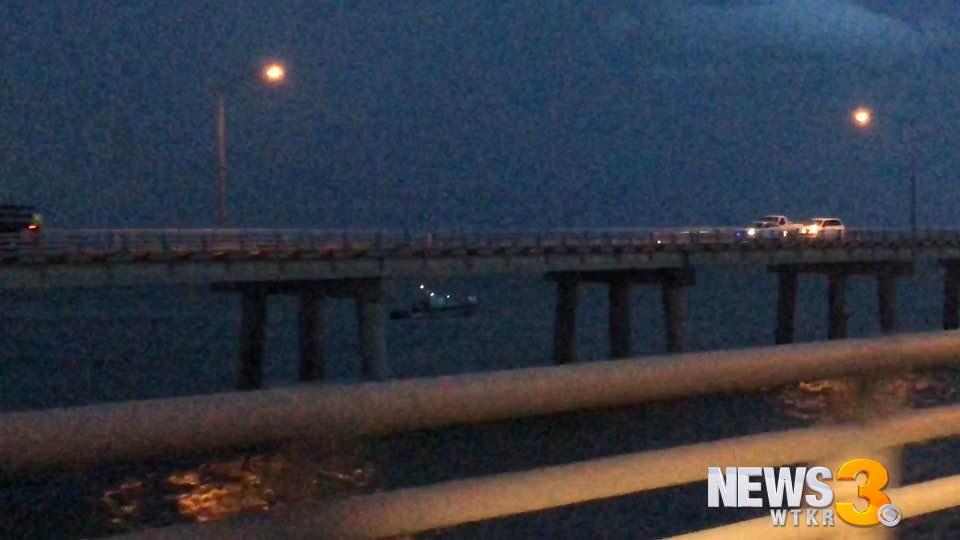 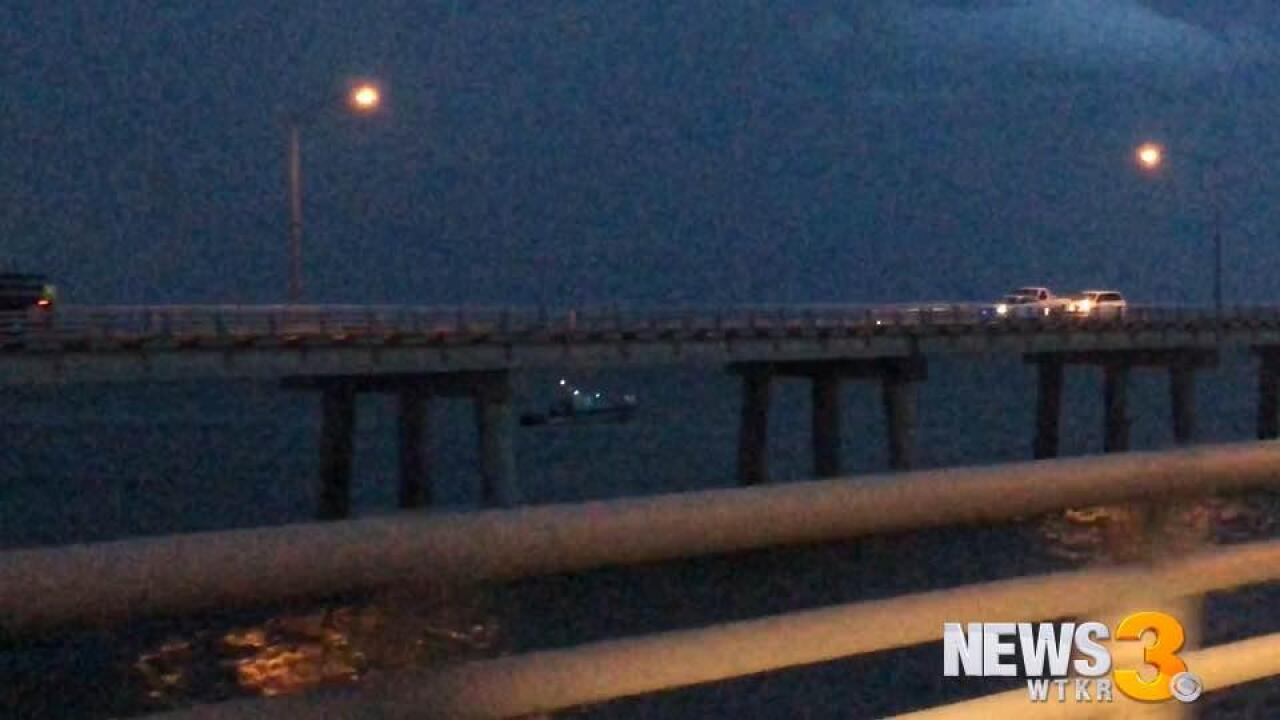 The Coast Guard was notified of the crash at 6:45 p.m, according to WTKR.

Authorities say the crash happened at mile marker 12 southbound around 6:30 p.m. and involved a van and a tractor trailer. The tractor trailer appeared to have gone overboard the west side of the southbound span between the North Channel Bridge and the northernmost island.

Five people were in the van, and they are expected to be treated and released from the scene.

The crash caused heavy guardrail and curb damage to the bridge, and CBBT maintenance crews are on scene to make emergency repairs. The shoulder lane at the site of the crash will stay closed until permanent repairs can be made.

Coast Guard stations Cape Charles, Little Creek and Air Station Elizabeth City, along with other agencies, are currently searching the area near the bridge-tunnel. CBBT Police say divers are prepared to enter the water to begin the search if lightning subsides. The water near the area of the crash is about 30-35 feet deep.

The bridge had a posted speed limit of 35 mph due to heavy rains at the time of the crash.

As of 10 p.m., both southbound travel lanes have reopened.

There is currently no information available about the driver of the tractor trailer.