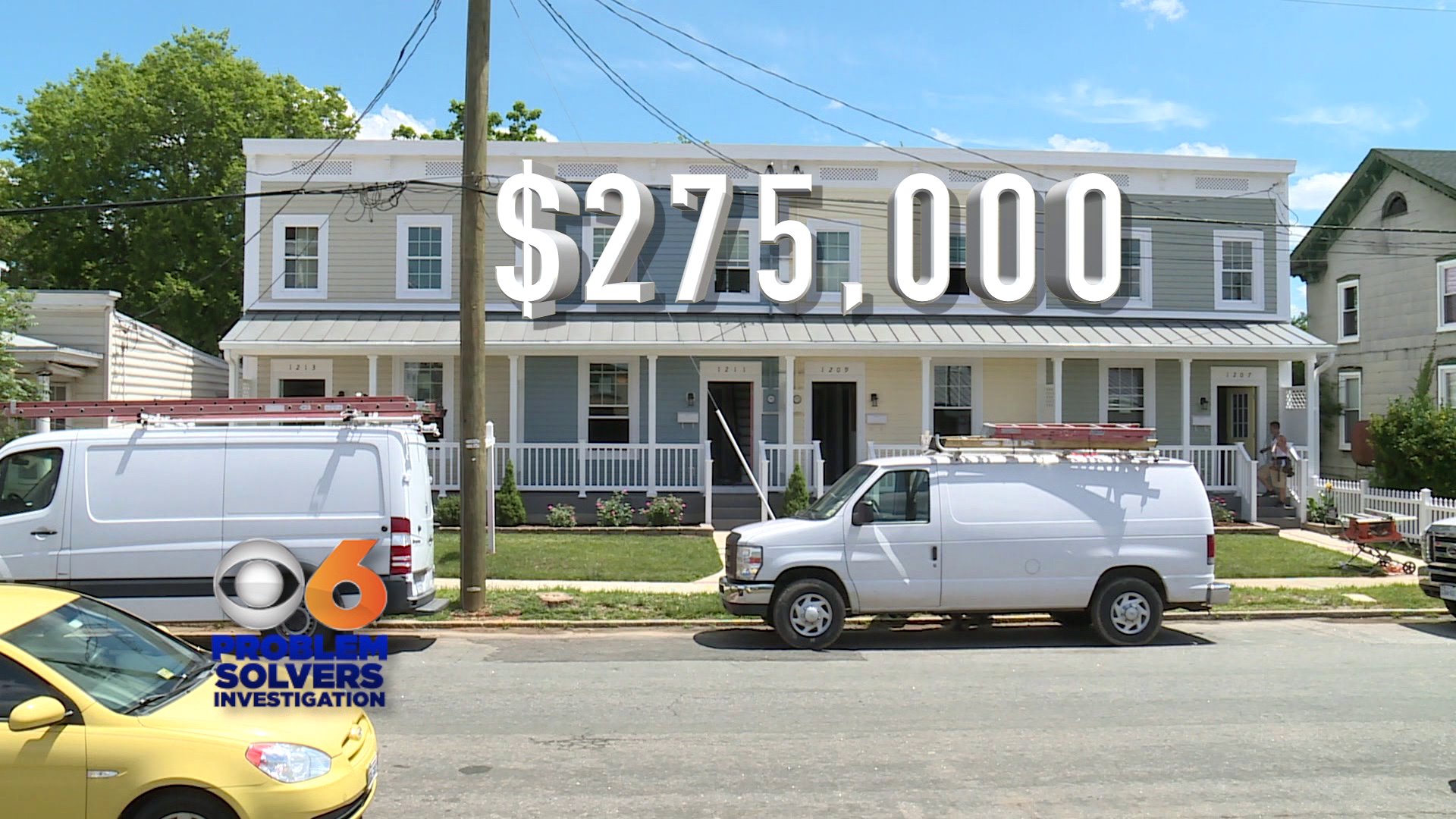 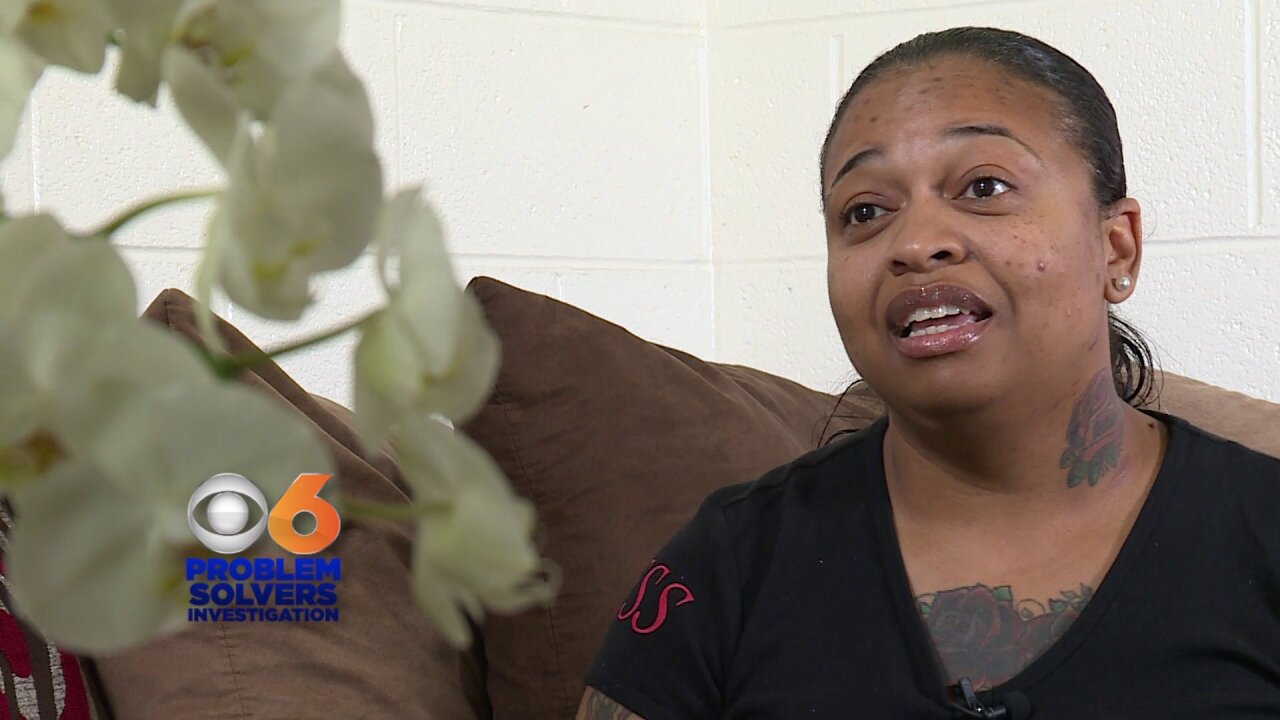 RICHMOND, Va. -- Property tax assessments in the City of Richmond saw the largest year to year increase in a decade, according to the city assessor, who said home owners have been both thrilled and dismayed by the surge.

Ask anyone who works in the Richmond real estate market about the residential home market, and inevitably the word "hot" enters the conversation.  Home prices in Richmond have continued to rise over the couple of years, leading to big returns for some homeowners and squeezing out some potential buyers.

For 39 years, Cotina Brake spent most of her time living in Richmond's Fairfield Court community.  Living in one of Richmond's public housing communities where drug trade and violence are an unfortunate reality, Brake said urged her three kids to avoid situation and people that lead down the wrong path.  Brake loves the people in the community where she grew up and the friends who make her feel loved and appreciated.

After falling on hard times in 2011, Brake became determined to turn the financial history of her family around. A few months ago, after years of taking classes and saving money, Brake was in a place to take her family on a new venture: home ownership.  There was only one area in the city of Richmond on her list.

Cotina Brake grew up in the Church Hill area.

Brake and her son began driving around the neighborhood, checking out homes for sale, but sticker shock soon became her reality for a first-time home buyer on a strict budget. Even within a few blocks of where Brake lived in Fairfield Court, buyers are hard pressed to find a move-in ready home with a listed price below $250,000.  It is much easier to find properties that are being flipped and sold for more than $400,000.

Real estate experts attribute the price explosion to lack of inventory; more people want to purchase homes in the city than there are available homes on the market.

"The problem still is lack of inventory," said Mike Ryan, a real estate agent with Keller Williams Realty who has worked in the Richmond market for decades.  "We still have a lot of people circling around fewer homes.  If you're a seller, it's great.  If you're a buyer, it's not quite as good."

One of the more obvious signs of home price boom in the city is the increase in annual property tax assessments.  Assessments increased 7.3% citywide from last year, according to the Richmond Assessor's Office.  Although assessments have been on the rise for several years, the city assessor said this is the largest year to year increase citywide since 2008, which was in the middle of a nationwide housing bubble.

Ryan said many of his clients in the city wonder why they pay more in real estate taxes than their neighbors in surrounding counties.  Assessments have also increased in Chesterfield, Hanover and Henrico, though not as much as the dramatic increase in the city.

The process for reassessing home values is a holistic approach, McKeithen said.  His team breaks the city down into specific neighborhoods, and then analyzes a several data points to determine a home's assessed value.  The driving factors for an increased assessment, according to McKeithen, are usually sales activity in a given neighborhood for the previous year, the condition of a home, and any upgrades the homeowner made following their previous assessment.  Sales prices of comparable homes in a neighborhood are the best indicator of desirability, McKeithen said.

However, CBS 6 received reports from city homeowners who were told by city assessors pictures on Zillow or MLS were the basis for an increased assessment this year.  The homeowners were told a site inspection was not necessary to justify an increase.

McKeithen said services like MLS and Zillow are just one tool his team employs.

"Do you always have someone go out and inspect the property in person?" asked CBS 6 reporter Jake Burns.

"When it demands that we do.  Often times, you'll have enough sales stock that you've seen all of the typical sales in an area, and so you don't necessarily have to go see everything," McKeithen said.

"A healthy market does command that property owners who have homes can get certain degree of equity, and that's always a great thing," McKeithen said.

When Cotina Brake began looking for a home that would fit her family's needs within her budget, tax assessments were not on her radar until a friend told her to think about how property taxes will factor into her monthly mortgage payment.  She expanded her search, and recently closed on a two-story town home off Laburnum Avenue in Henrico.

I'm not saying they don't know the significance of Church Hill, but is it really dear to their heart like a resident who has been here for 39 years?

Although she is disappointed she could not buy in Church Hill, Brake said she plans on staying active in the community through her friends and family.  Brake said she is glad so many people are investing in the area she grew up in and loves.  Brake sees the many benefits of the development in Church Hill, but at the same time, wonders what the community will continue to lose if more people like her move out.

"I'm not saying they don't know the significance of Church Hill, but is it really dear to their heart like a resident who has been here for 39 years?" Brake asked.

City residents have until July 31 to appeal their assessments with the assessor's office, and until November 30 to appeal to an outside board of review.  Click here for information on appealing your real estate tax assessment.

The elderly, disabled, and veterans can apply for a real estate tax exemption.

Click the following links for the city assessor office in Chesterfield, Hanover, Henrico, and Petersburg.  If you live in another locality, contact the assessor's office through your local government.