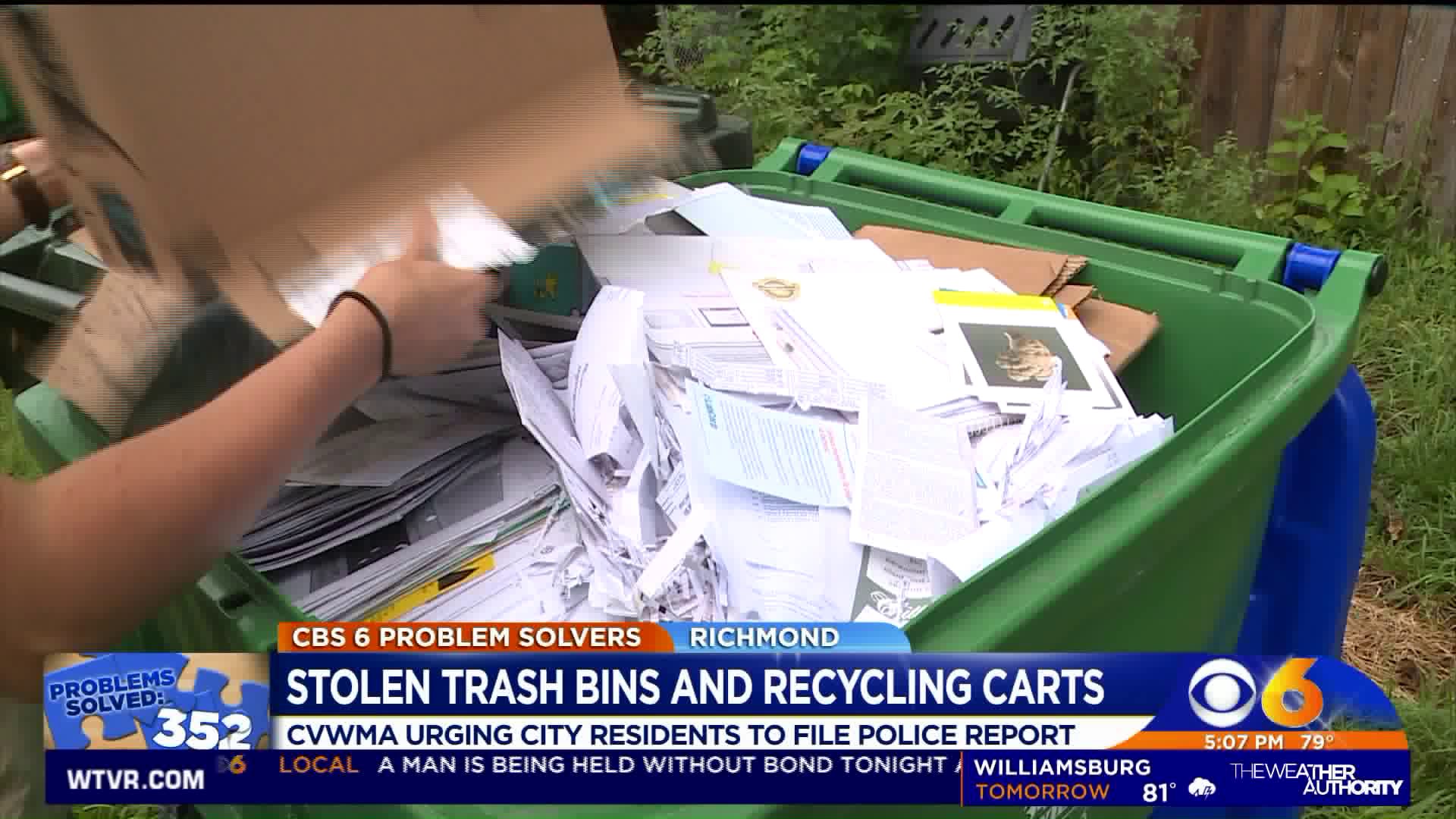 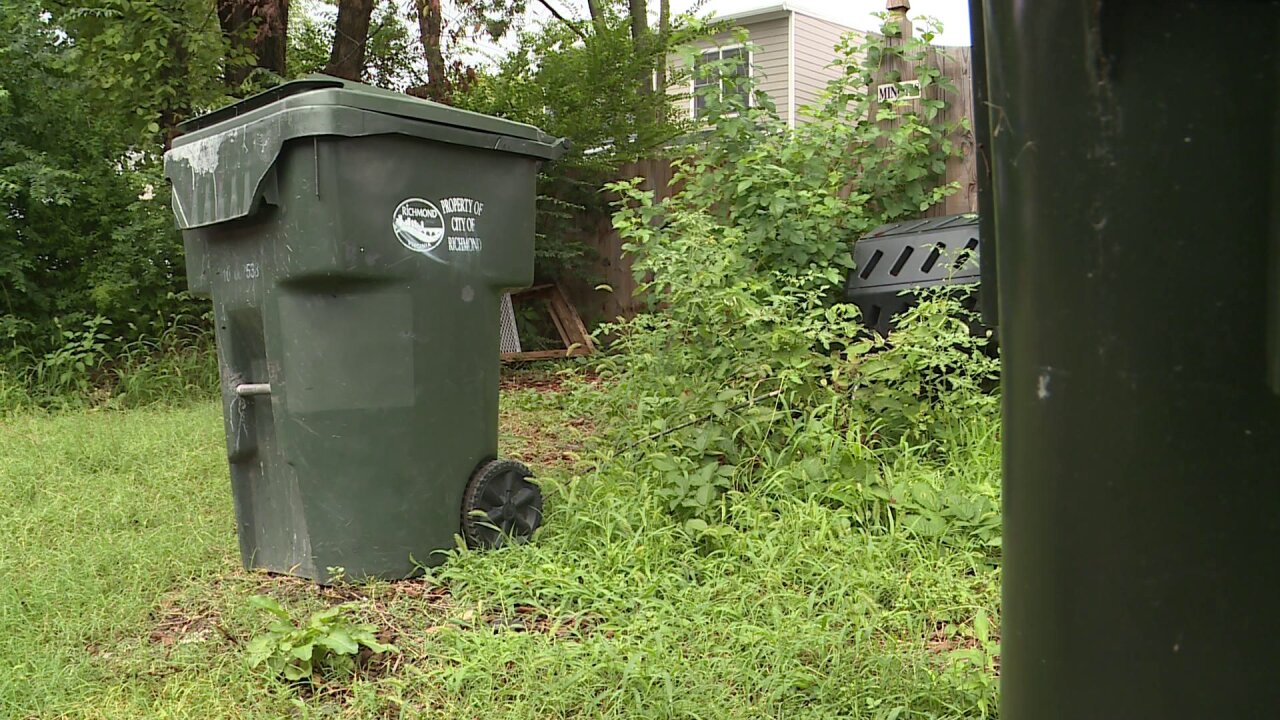 RICHMOND, Va. -- Trash cans and recycling bins are a hot commodity in Church Hill: so hot that multiple residents have reported having their cans and bins stolen from outside their homes.

Church Hill resident Anna Wright said that when her trash and recycling cans disappeared late last year, she was never able to relocate them - and she isn't alone in her discovery.

"It seemed like most of the bins on the block aside from one neighbor that keeps them in her fence had disappeared," Wright said.

Kim Hynes, the Executive Director of the Central Virginia Waste Management Authority, told CBS 6 they get a "more than normal" amount of calls from city residents about missing or stolen recycling carts - not just in Church Hill, but all over the city.

While the city will replace trash cans for free, the CVWMA charges $65 to replace recycling bins.

"I wasn't super pleased about it, but they cost about that at Lowe's or Home Depot too," Wright said.

CVWMA can't confirm where all the recycling carts go, but they suggest people put their address on them and pull their carts into their yard or next to their house after collection instead of leaving them the alley. They also urge residents to file a police report if their carts are stolen.