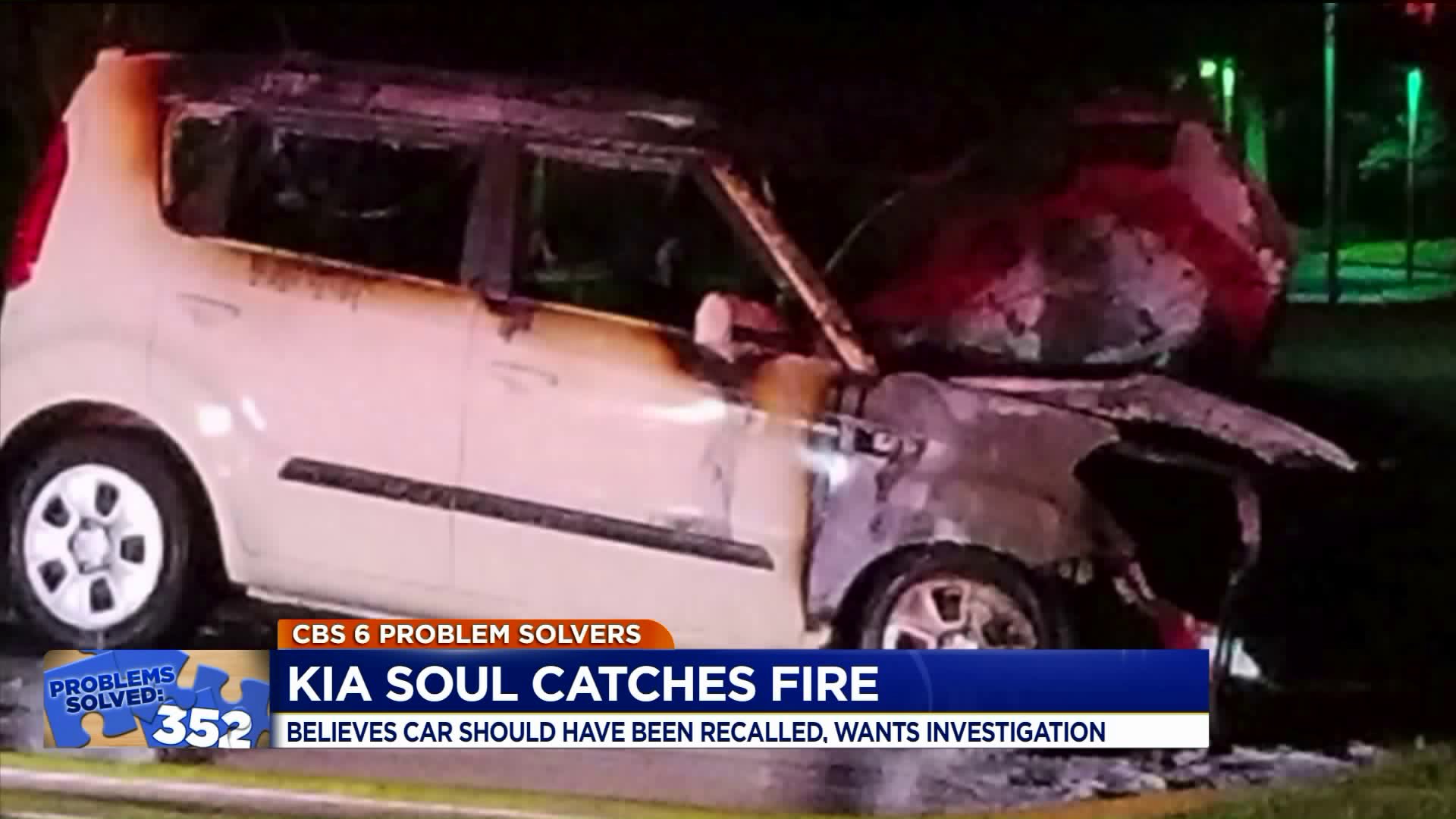 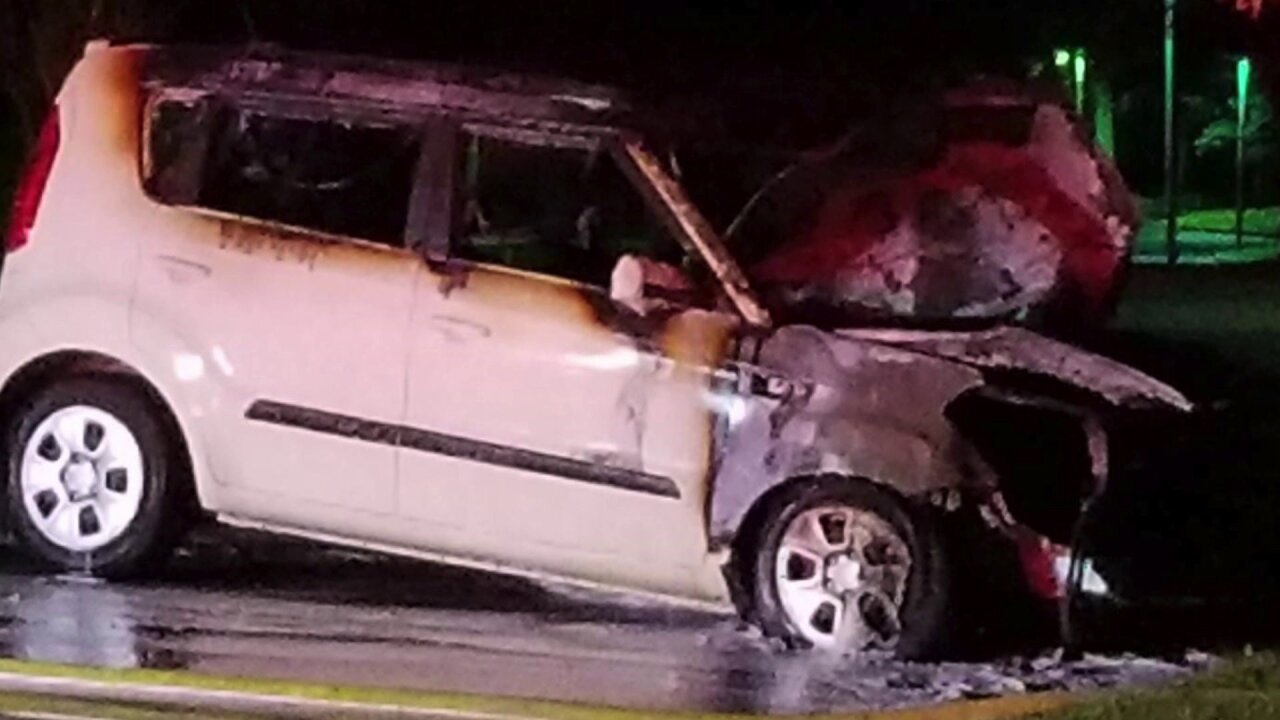 POWHATAN, Va. -- Two Powhatan parents are hoping a vehicle company will investigate a recent car fire that occurred while their son was driving the family KIA.

Bailey Belcher was headed home from work around midnight Friday the 13, when he heard a noise, noticed smoke and called his dad.

His dad advised him to pull over as soon as he safely could, and he pulled over just ahead of his exit at 288.

He said he could see the firing glowing up from under the 2012 KIA Soul.

“I saw the fire, the whole car went up in flames, it was crazy,” Belcher said.

He made it out safely from the car called 911 and then called his parents Michelle and Anthony back.

Now his mom is trying to figure out what to do next. She said watchdog group Center for Auto Safety pressed the National Highway Traffic Safety Administration (NTSA) to investigate similar car fires that happened to other Kia and Hyundai owners.

Recent reports indicate that federal safety investigators are probing Hyundai and Kia engine failures to include complaints about fires in the automakers' vehicles, according to USA TODAY.

The NTSA told a Florida Congressman that they have had 402 fire complaints, “with and without collisions,” according to USA TODAY.

Though the Belcher Kia model is different from the ones outlined in a petition filed by the Center For Auto Safety, she still hopes the car maker will investigate her car fire and help.

“Thank god our kid is OK, and our family is OK,” Michelle Belcher said. “But, what about the next person? I really want something done for them.”

Belcher said that having a full warranty didn’t matter and she just learned that her insurance is only paying half of what she owes on the car. For now, she still on the hook for monthly car payments for at least the next three years on a car that she can no longer use.