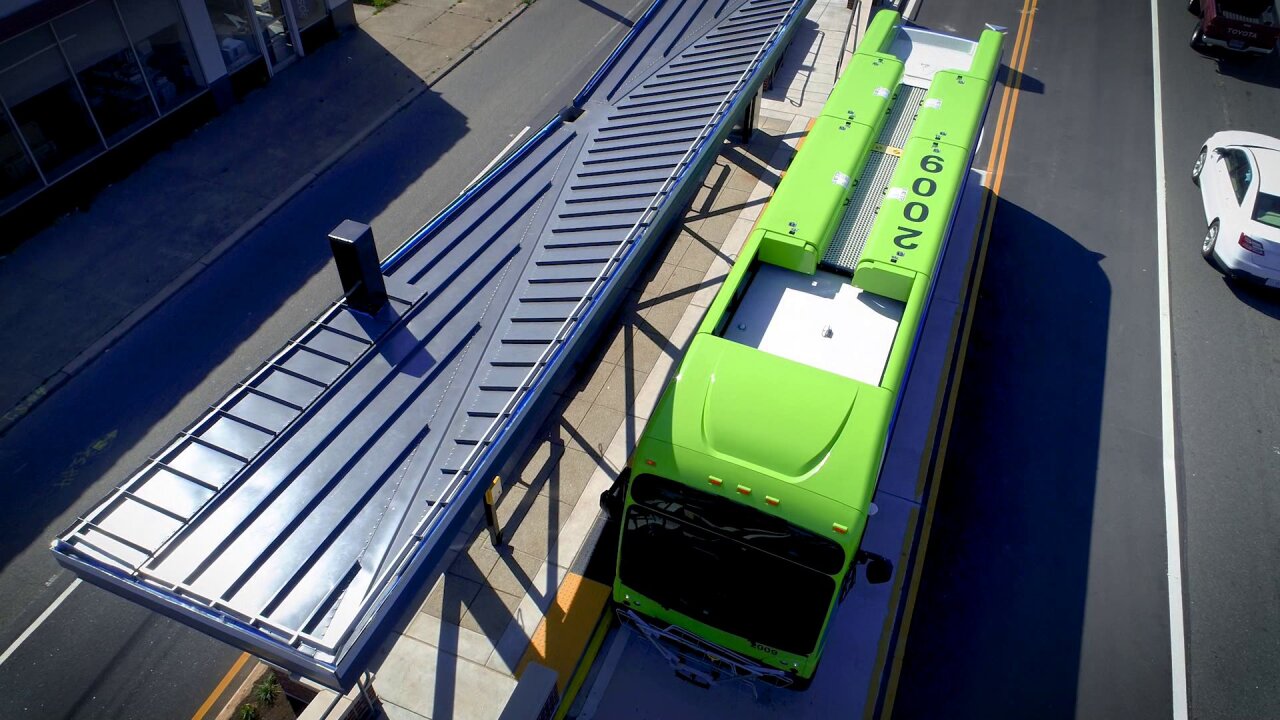 The ridership goal, according to the transit company, was 3,500 riders on weekdays and 1,600 on weekends.

A snapshot of the data released indicated that ridership totals were highest during the launch, when no fares were charged for any bus routes.

Despite the initial spike, daily ridership continues to exceed expectations.

Ridership fell during the second week, over July 4 holiday, but the dip was still above the anticipated ridership levels.

Ridership in the third week indicated a consistency throughout the weekdays.

Willow Lawn is the busiest station for all traffic, with riders getting off and on the Pulse.

“I think we are performing much higher than expected at Willow Lawn,” Rose Pace said.

Rose Pace confirmed that they reached out to some property owners near Willow Lawn to pursue a potential Park-N-Ride spot, given the success of the location, but there is not currently any official spot (existing Park-N-Ride locations can be found here).

The Government Center and Convention Center stops, respectively, are next in terms of busiest stations. Both are key destinations and connection points to other local routes within a few blocks.

The Science Museum of Virginia (SMV) is also a steady destination, with riders going to the SMV, Children’s Museum, and connecting onto local routes that travel to the Fan, Museum District, and West End.

GRTC anticipates a possible uptick with the Redskins Training Camp, which may also draw camp attendees in the middle of the day, in-between training sessions.

Increased ridership is also expected once the VCU fall semester begins in August.

The eastbound Pulse route is scheduled to take 35 minutes, but collected data indicated the Pulse takes longer during morning peak, midday, and evening peak traffic. Westbound run time is schedule to take 37 minutes and has stayed consistently close to that number.

The Pulse is considered bus rapid transit, with features like Transit Signal Priority to help reduce travel times for riders. Rose Pace said that technology that continues to be integrated and is gathering real-world data.

“Once it’s running optimally, we’ll know if the TSP gives us the extra time-savings to meet headways,” Rose Pace said when asked if GRTC has considered adding extra buses to the fleet during peak travel.

“Operationally, we do respond to known event needs during midday,” Rose Pace added.

“For example, we’re noticing a spike in demand around lunchtime. Sundays we have especially noticed this – it seems to be the post-Church or Brunch [sic] riders coming on board midday.”

The ridership spikes through early afternoon, depending on the day and the weather – sometimes through dinner. Traffic to the riverfront has been at its highest on Sundays.

“It’s really fascinating to see how riders are using this service to do things they may not have been able to do before – hop on and off quickly and explore more of the route destinations,” Rose Pace said. “And, of course, this is great for local businesses in the service industry.”

Other data released by GRTC: 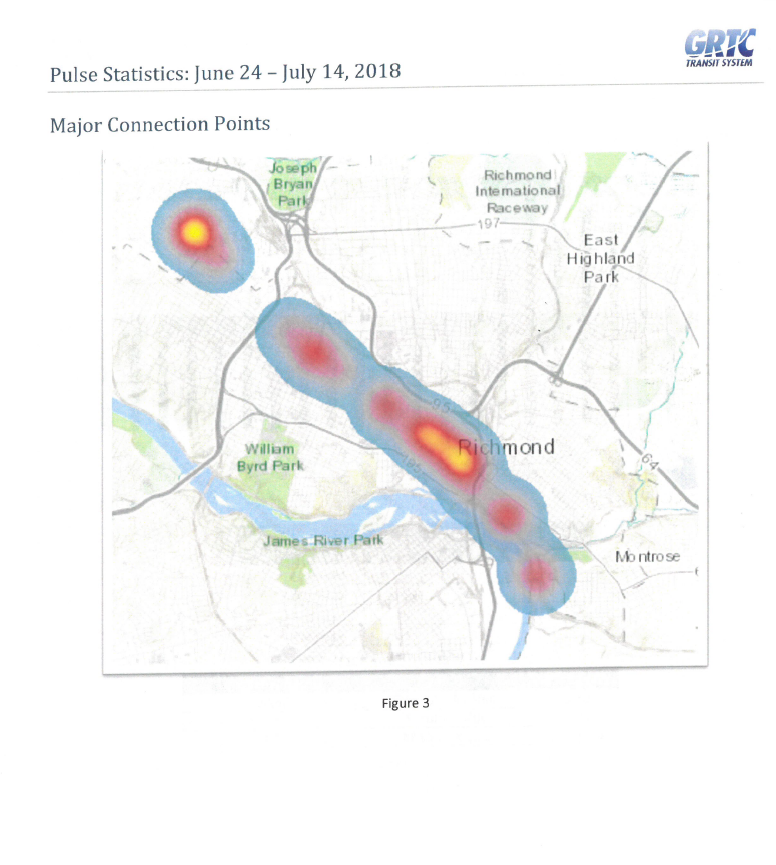