They thought a squirrel was eating their tomatoes. But it was the mailman 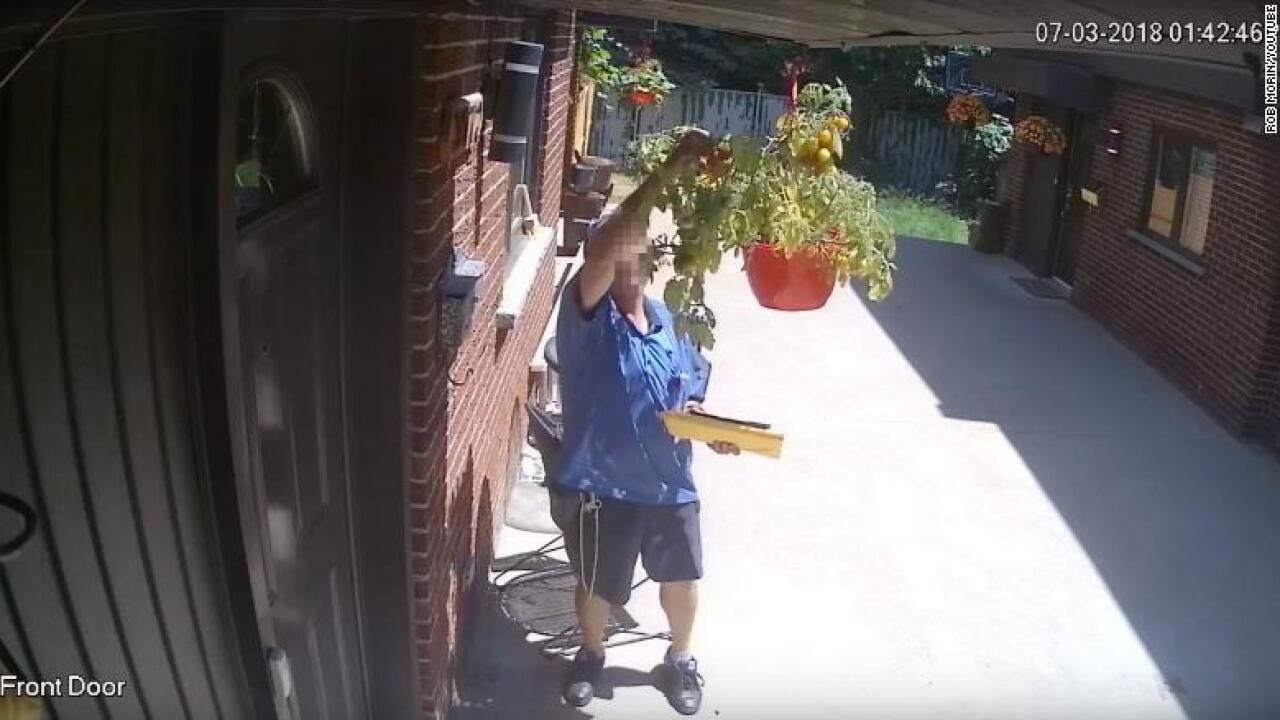 A security camera caught this mailman stealing tomatoes from a Montreal home.

A security camera caught this mailman stealing tomatoes from a Montreal home.

When their tomatoes began disappearing, a family in Montreal assumed it was the work of a squirrel. But when they checked their security camera, they saw the tomato thief was none other than their mailman.

Now, they want an apology.

Rob Morin told CNN that he and his wife regularly grow fruit in hanging baskets outside their home in the Mount Royal neighborhood and said he expected the culprit to be a squirrel.

“Each year we hang out tomatoes and strawberries in front of our house,” Morin told CNN. “This year after many were ripe, we noticed they were going missing. We first thought it was the squirrels, but normally the squirrels leave a mess and there was not a mess on the ground where the plants were.”

After wondering where his produce was going for weeks, Morin’s home’s security camera cracked the case: It had been the mailman all along.

“For fun we check our security cameras and spotted, on many occasions, our postman helping himself to our tomatoes and strawberries,” Morin said.

Canada Post did not respond to CNN’s request for comment, but told CNN news partner CTV News that they are aware of the case and have spoken with the family. CNN has blurred the man’s face in the photo, as he has not been named.

Security camera footage shows that the mailman treated himself to the Morins’ produce on several occasions, eating as many as 10 of the fruits in recent days.

What’s more, the Canada Post employee didn’t only have a taste for tomatoes. He also appeared to be eating the strawberries, CTV News reported.

“It’s rude,” Morin’s wife Paula Habib told CTV News. “He never told us. He never came to the door and said, ‘I took one of your tomatoes and it was really good’ or made a joke about it. He just did it and he couldn’t care less.”

“It would have been OK if he took a couple as a quick snack, or let us know as a joke he took a couple and they tasted great,” Morin said. “But he took so many and did not notify us that there was pretty much nothing left for us to eat.”

Habib says her family doesn’t want the mailman fired, but they would like some sort of apology. If he replaces the plants or offers the family a strawberry pie or some tomato sauce, she told CTV News, all will be forgiven.