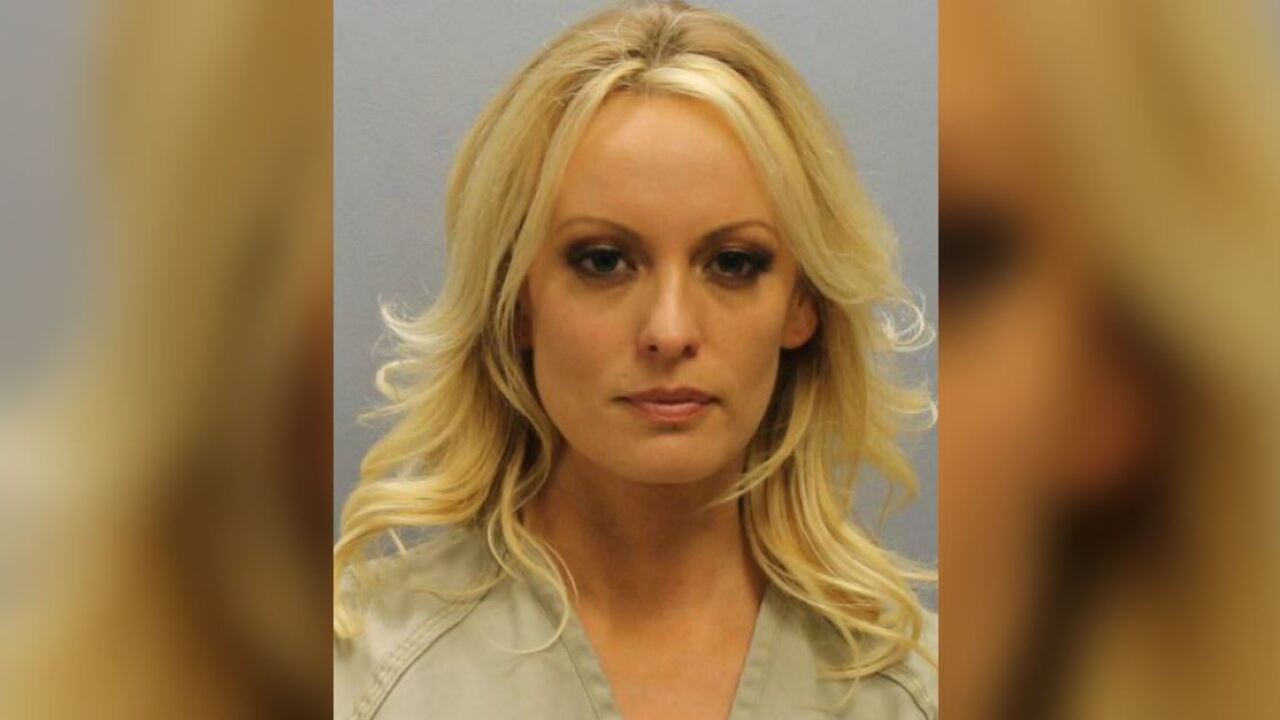 Daniels, whose legal name is Stephanie Clifford, posted a $6,054 bail and was released Thursday morning, and was due to be arraigned Friday, records show.

Under an Ohio law passed in 2007, an employee who regularly appears nude or seminude at a sexually oriented business is prohibited from touching patrons, except for family members.

Because Daniels does not regularly appear at the club, the charges were dismissed, according to court documents.

“I’ve determined that these crimes were not committed, based on the fact that Ms. Clifford has not made regular appearances at this establishment as required under the law,” Columbus City Attorney Zach Klein said in a statement after reviewing the case.

Daniels had planned to plead not guilty to the three misdemeanor charges, her attorney, Michael Avenatti, tweeted.

The arrest of Daniels and two others was part of a “long-term investigation into allegations of human trafficking, prostitution, & other vice related violations,” Columbus police said in a statement.

Documents accuse her of fondling patrons

In a probable cause affidavit obtained by CNN affiliate WSYX, detectives who were at the Sirens Gentlemen’s Club said they observed Daniels remove her top and force patrons’ faces into her chest.

When officers witnessed those activities, three detectives approached the stage. Daniels allegedly made her way toward two detectives, leaned over and grabbed their faces. She shoved each of their faces between her breasts, court documents said.

Daniels, Miranda Panda of Marion, Ohio, and Brittany Walters of Pickerington, Ohio, were each charged in the undercover operation. After the case was dismissed against Daniels, the city attorney said he was also looking into the charges against the other two defendants.

The Sirens Gentlemen’s Club had posted on its website that Daniels was scheduled to perform there Wednesday and Thursday. A person who answered the phone at the club declined to comment.

‘It reeks of desperation,’ Avenatti says

“She was arrested for allegedly allowing a customer to touch her while on stage in a nonsexual manner! Are you kidding me?” Avenatti tweeted. “They are devoting law enforcement resources to sting operations for this? There has to be higher priorities.”

Avenatti said Daniels was arrested while “performing the same act she has performed across the nation at nearly a hundred strip clubs.”

“This was a setup & politically motivated. It reeks of desperation,” his tweet said. “We will fight all bogus charges.”

Columbus police said they have made numerous arrests based on this law since last fall when authorities “were made aware” of illegal activity at adult entertainment clubs in the city.

Avenatti tweeted that his client would not perform at the club Thursday night.

Daniels made headlines worldwide over revelations of an alleged affair with Trump in 2006 — and for the $130,000 she said she received from his attorney in 2016 in exchange for her silence. The White House has said Trump denies an affair happened.

She is suing Trump and his former personal lawyer, Michael Cohen, to be released from a nondisclosure agreement that she says she signed days before the 2016 presidential election to prevent her from publicly discussing the alleged affair.

Avenatti alleges the payment was a violation of campaign finance law and was designed to suppress speech. Trump has said he personally reimbursed Cohen for that payment.

Layken Curry, a dancer at Sirens Gentleman’s Club, said dancers are not allowed to have contact with the customers and must maintain a one-arm distance from them. If that space is violated by customers, they are generally escorted out. If a dancer violates it, management usually takes care of the matter, she said.

Curry said she has never seen anyone get arrested in the 2½ years she has worked at Sirens, nor has she had any experience with the law while on the job.

“I am all for following the rules and going by the book, no touching, no this, no that, but also at the same time, in my opinion, I feel like it was completely harmless,” Curry said. “She was putting on a show. The people paid money to see her. Why not?”