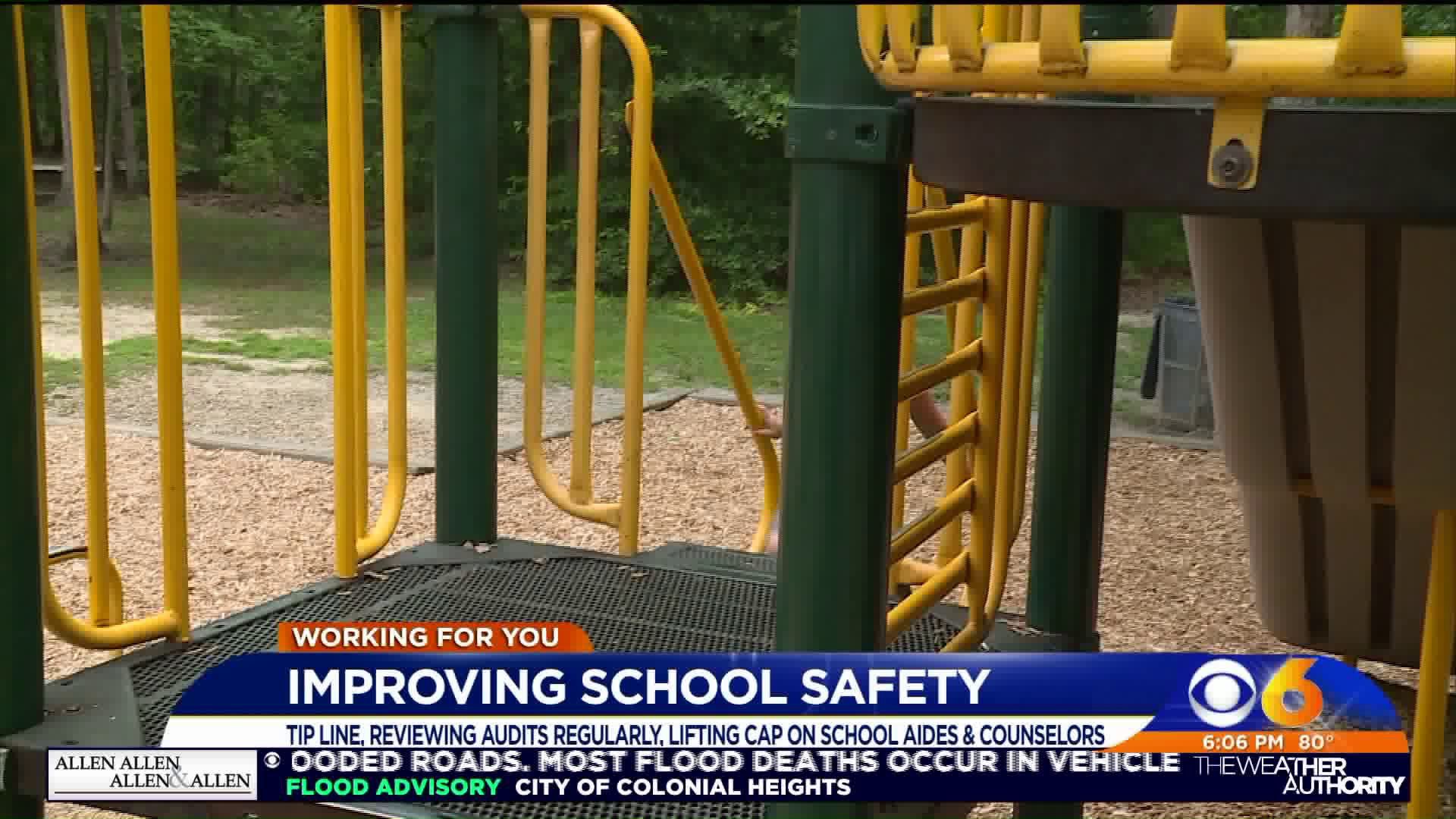 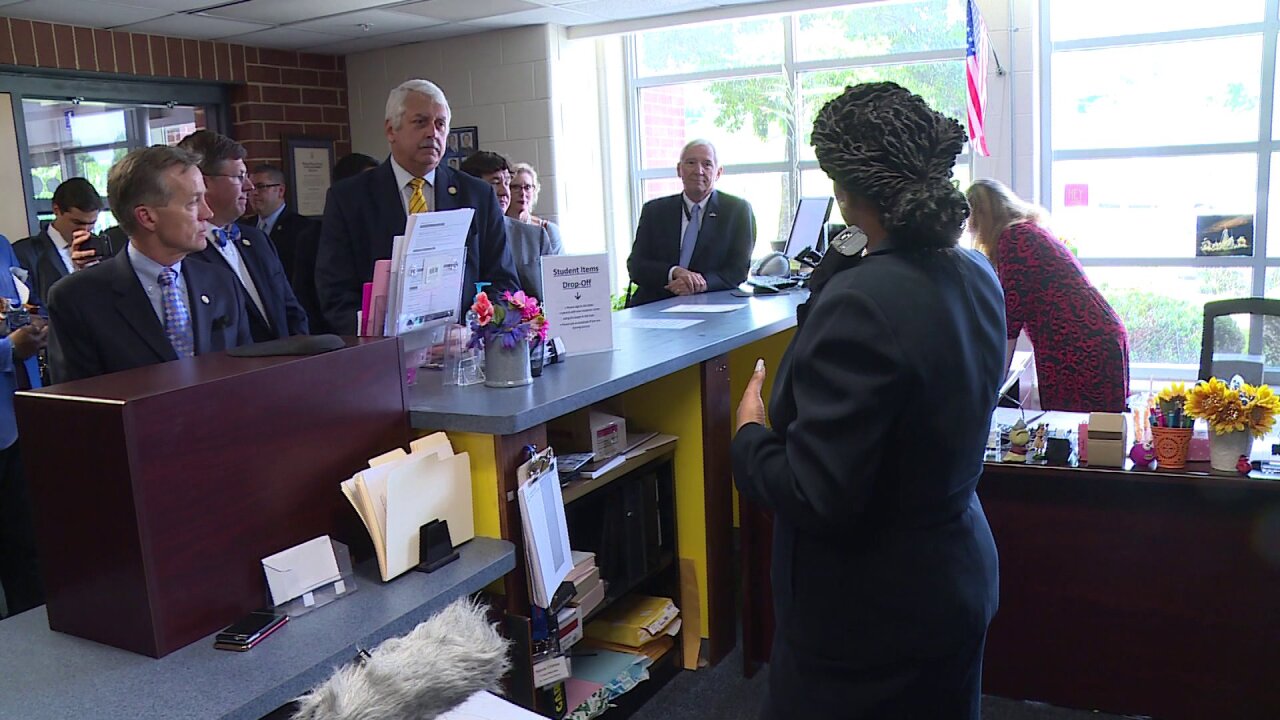 CHESTERFIELD COUNTY, Va. -- A special bipartisan committee of Virginia lawmakers have been trying to find ways to improve school safety here in the Commonwealth, especially following the Florida school shooting earlier this year.

Lawmakers discussed developing dedicated tip line for students and teachers to report suspicious activity and making sure annual school safety audits are reviewed regularly.  Other states have implemented tip lines, but with mixed reviews because of large amounts of "false-positive" reports, committee staffers said.  Virginia school districts regularly conduct school safety audits; however, staffers said Wednesday many school do not review them or get outside opinions.

“You have to be real careful that report is not just sitting on a shelf and that those reports are being re-evaluated all the time, and maybe some third party experts are looking at those,” said Kirk Cox, Speaker of the House (R-Colonial Heights).

A group of three delegates are calling on the committee to broaden their approach.

Their proposals include lifting a state cap on the number of aides and school counselors school districts can hire.  The cap was instituted in 2010 and supported by lawmaker in both parties because of constraints on the state budget caused by the financial crisis.

“Kids who are getting lost, and we don`t know if they are having problems socially, academically, behaviorally, because the special education teacher`s work load is too big,” said Del. Schuyler Van Valkenburg, (D-Henrico)

The three delegates, Van Valkenburg, Jeffery Bourne (D-Henrico), Michael McMullin (D-Williamsburg), have also called on the committee to consider measures to combat gun violence as part of the legislative package presented.  However, since it's inception, Speaker Cox has said the gun issue would politicize the committee's work.

"Much of the violence inside the school building starts in the community, and so we can’t only focus on schools.  We have to make sure our communities are safe," Del. Bourne said.

Following Wednesday's meeting, Speaker Cox reiterated to reporters the committee would not take up any measure relating to guns, including arming teachers.  Instead, Cox said lawmakers are welcome to make any policy proposals on their own.

“I'm nervous because of the stuff you hear about,” Williams said. “So nervous.”

“They just need to hear our voice and know this is an issue for us,” she added.

The select committee will meet again in September, and Cox said they plan on putting the finishing touches on their recommendations in November.  Public comment on the committee's work is open.  You can send your thoughts directly to committee members here.