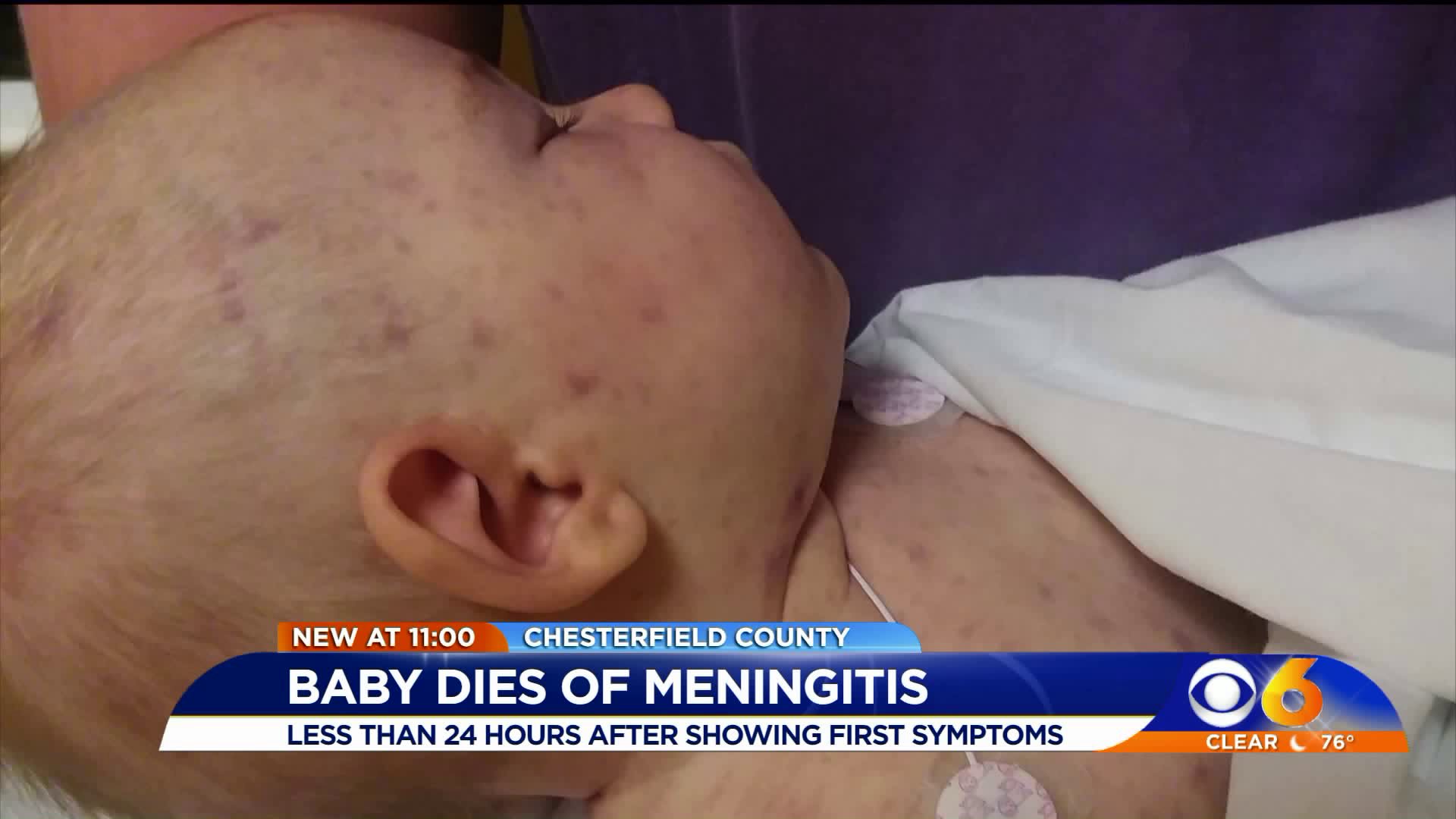 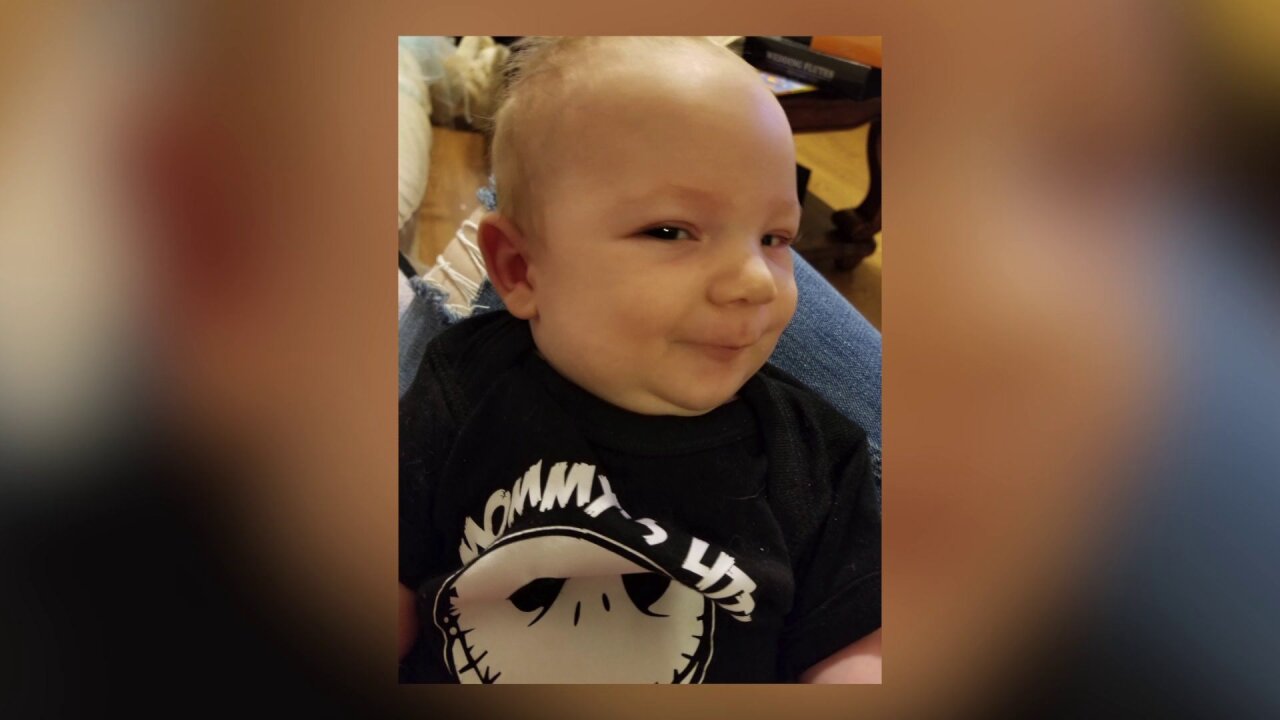 CHESTERFIELD COUNTY, Va. -- A Chesterfield family is urging the community to stay up to date on vaccinations after losing their infant son to meningitis.

Four-month-old Killy Schultz died June 30, 24-hours after developing a rash and spiking a fever on his way home from daycare.

“He had just eaten his bottle for the afternoon. He was a little warm but we figured it was a warm day so get him home and let him cool off,” said Killy’s mother Alex Dempsey.

They gave him some Tylenol and when that didn’t work they decided to get him checked out at the emergency room at St. Mary’s Hospital. His condition worsened with each passing hour and he was admitted to the pediatric intensive care unit.

“He was still trying to make little sounds, but he had a hard time opening his eyes and his blood pressure was very low. He wasn’t doing well at all,” said Dempsey

Several tests later, and just two days after Killy had received his four-month-old vaccinations, Dempsey and her fiancée Gabriel Schultz were informed that their baby had most likely contracted meningitis, an inflammation of the protective membranes that cover the brain and spinal cord.

“The moment they said meningitis I knew there was a really strong possibility that we were going to lose him,” explained Dempsey. “They told us we were going to hit the window if he was going to make it or not but being he was only four months old he didn’t really have an immune system to help us with that.”

“He was so swollen and purple, and it really didn’t look like him anymore, but I still hold him to tell him how beautiful he was, and he was far more than I ever deserved to have, and I told him how hard he had fought, and that we were so proud of him,” she said.

The family says the Virginia Department of Health is investigating and provided them with information on steps they have taken for those exposed.

“Everyone who had any chance of coming in contact with it has taken a prophylaxis measure of antibiotics which is what they had us do as well,” said Dempsey.

“They also made sure his daycare and all the children in his daycare also received the preventative treatment.”

The VDH also provided the family with a fact sheet on the disease.

“Health officials we’ve spoken to who have been trying to track this down that’s just their best guess that an unvaccinated person was carrying it around and my child happened to be the one who came in contact with it,” said Dempsey.

“If anything comes out of this we want people to be aware that vaccinations can prevent things like this. Vaccines aren’t just for kids they’re for adults too. He was just a baby, so he really didn’t have much of a chance,” said Dempsey.

The Centers for Disease Control and Prevention recommends that all preteens and teens get meningococcal vaccines.

A GoFundMe page has been set up to assist the family with funeral expenses.