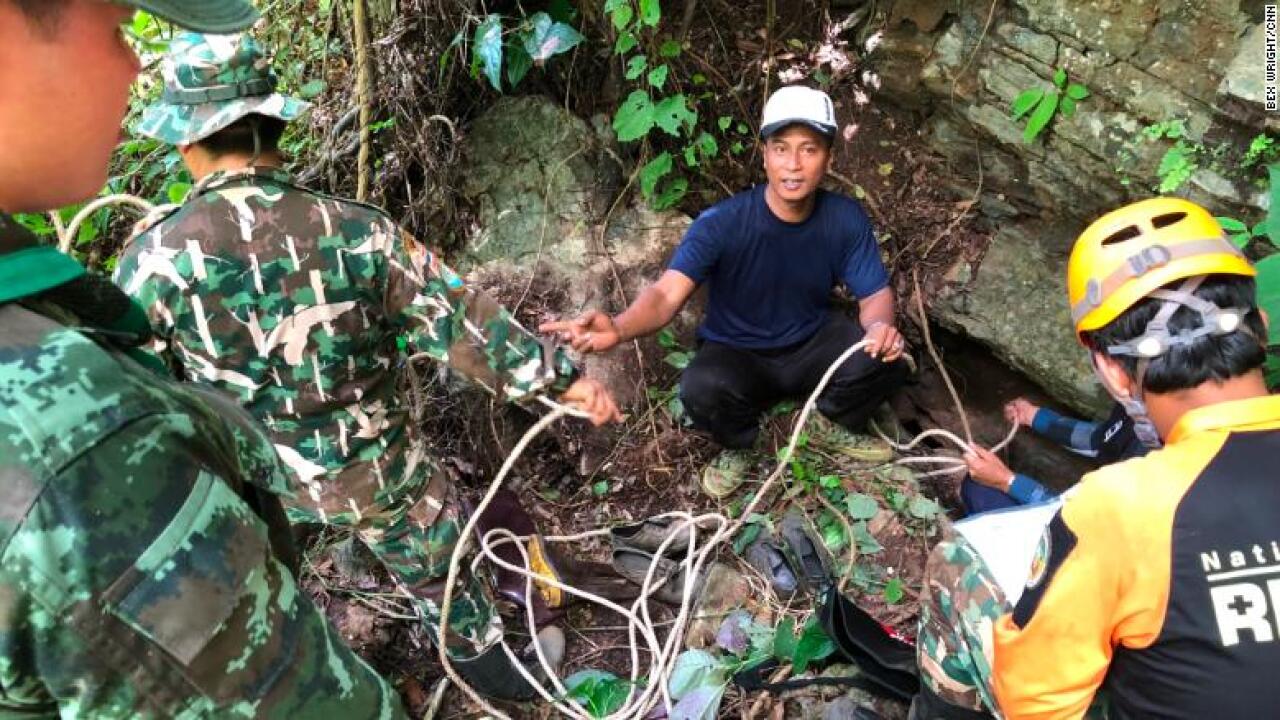 The perilous mission to evacuate 12 boys and their 25-year-old coach trapped deep inside a flooded cave in northern Thailand is under way, Thai authorities announced Sunday.

“Our readiness is at the highest today. Today is D-day,” said Chiang Rai’s governor, Narongsak Osotthanakorn, adding that the families had been informed of the plan and given their support to the rescue effort.

At 10 a.m. local time, an international contingent of 13 specialist divers and five Thai Navy Seals descended into the watery network of underground tunnels below the Mae Sai mountains, carrying with them the hopes of an entire nation.

The plight of the stricken boys, who have remained trapped inside the caves for 15 days, has transfixed Thailand, as rescue efforts have become ever more urgent.

Rescuers have what has been described as a dwindling window of opportunity, with forecasters predicting the return of heavy monsoon rains in the coming days, effectively sealing off the cave until October.

At the site of the caves, volunteers assisting in the operation described the rescue attempt as a “now or never” scenario.

The boys and their coach are huddled together in a small chamber 4 kilometers (2.5 miles) inside the cave, surrounded by flood water and with a limited supply of oxygen.

To reach them, divers will need to successfully navigate a network of sprawling narrow tunnels, with officials close to the operation suggesting rescuers will use a “buddy” system, with each diver paired with a child. Extra oxygen tanks will also be positioned along the route.

Signs that a rescue operation was under way were evident in the hours leading up to the announcement, as authorities installed a large green tarp around the cave entrance and removed media from outside of the camp to a separate location.

On the dirt track leading to the tunnels, a near continuous convoy of trucks and military vehicles delivered troops and medical equipment, including a large cache of oxygen tanks. On Saturday evening, numerous international military advisers could be seen entering the site, followed later by four monks in orange robes.

At the entrance to the site, a newly placed, thin white decorative flag fluttered in the wind, a Buddhist sign to indicate positive energy.

Hopes had been high that an alternative means of rescue would be discovered. For days, specialist teams have scoured mountains above the cave in search of a possible hidden entry point.

Divers have previously described conditions in the cave network as some of the most extreme they have ever faced.

The decision to remove the boys using divers would not have been taken lightly. On Friday, a former Thai Navy SEAL died while returning from an operation to deliver oxygen tanks to the cave where the boys are located.

Even if the divers are successful, it will be many hours before the fate of the boys and their rescuers will be known, with Thai authorities suggesting the extraction process could take days.

It has previously taken divers 11 hours to complete the round trip.

Finnish volunteer diver Mikko Paasi, a long-term resident of Thailand, said the death of the Thai Navy SEAL had changed the mood on the ground and made real for rescuers just how dangerous the mission had become.

“Definitely, you can feel it that it has an effect, but we’re moving on. Everyone is a professional so we’re trying to put it away and avoid it happening again,” he said, adding: “Everybody is focusing on getting these boys out — keeping them alive or getting them out.”

In the hours preceding the rescue, a letter the boys had sent to their families was published on the Thai SEALs’ Facebook page. The letter shows the boys in good spirits despite their ordeal.

In neat blue handwriting, 11-year-old Chanin Viboonrungruang, the youngest of the group, told his parents not to worry, and said he was looking forward to eating fried chicken.

His parents, who along with other families, have maintained a constant vigil at the site since the boys first became trapped.

On reading the letter Saturday evening, Chanin’s father, Tanawut Viboonrungruang, said he felt a great sense of relief. “I had been worried about my son, that he would be exhausted, he would be tired,” he said.

For families the wait for news of their boys’ rescue has been excruciating.

“I was worried about him as there are obstacles to extract him out. Everyone knows that it is difficult to stay inside (the cave) but the officials are trying (to help him),” said Viboonrungruang.

“I hope he is still healthy and would come out soon. I want to send my support to him. I don’t have a chance to talk with him,” he said.