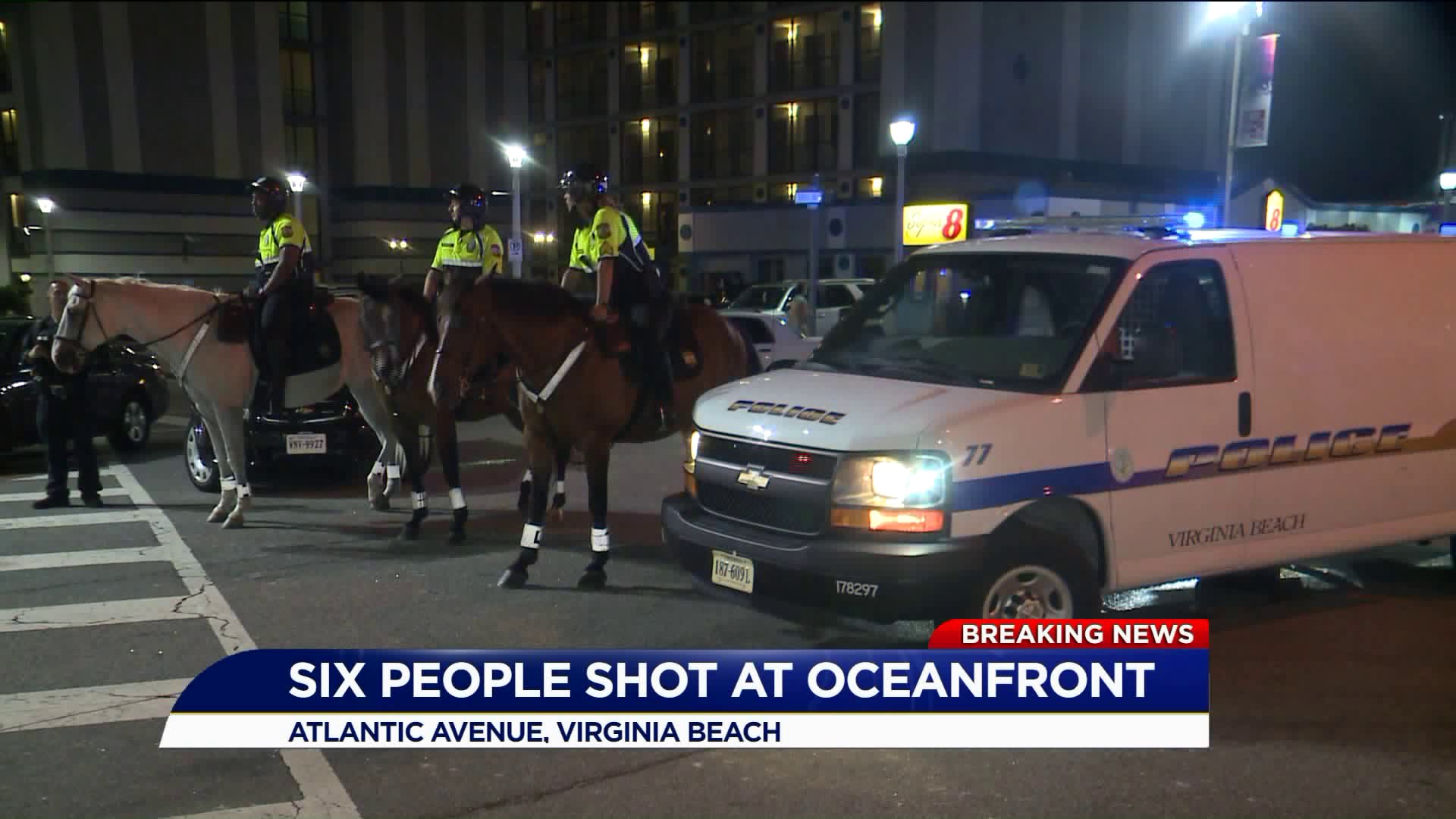 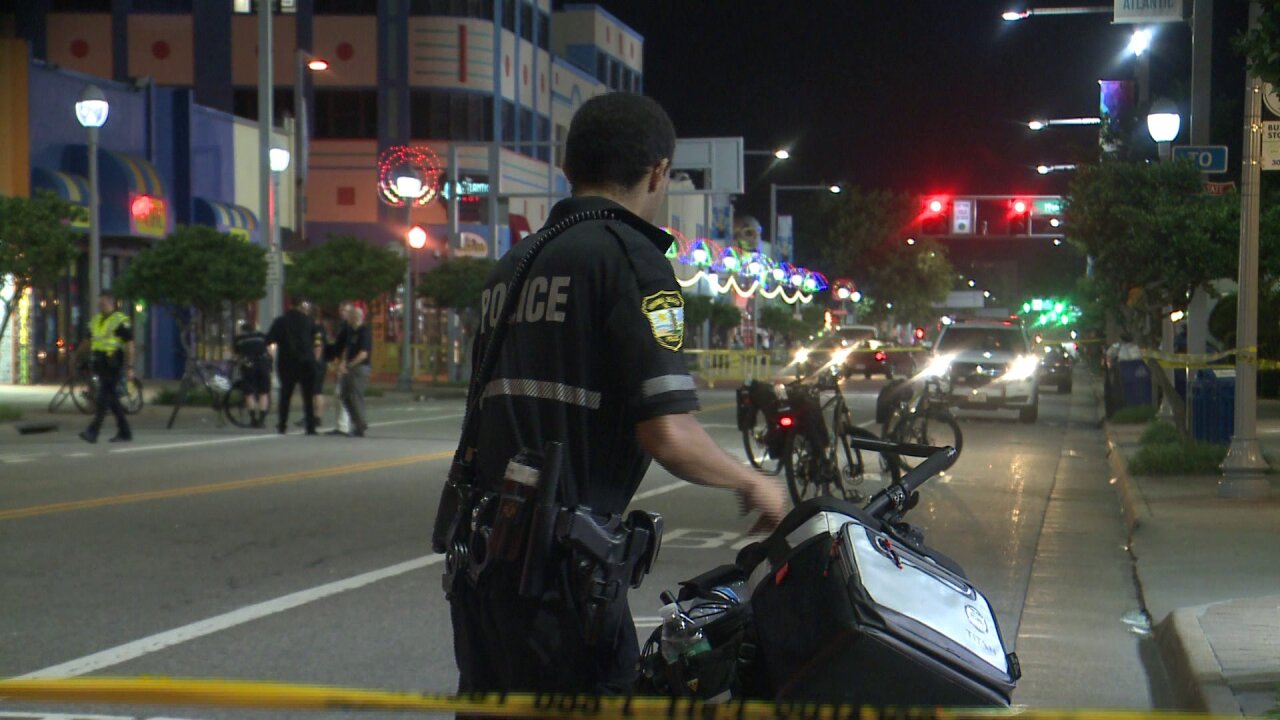 VIRGINIA BEACH, Va. - Eight people were shot at the Virginia Beach oceanfront over the Fourth of July holiday, in two separate shooting events that occurred within a 24 hour period.

Two people were shot around 2 a.m. Wednesday, on July 4,  outside the Best Western hotel in the 1300 block of Atlantic Avenue, according to WTKR.

Three people were taken into custody for questioning. An adult and a juvenile were arrested and charged for the double shooting, WTKR reported.  Both victims suffered non-life-threatening injuries; one victim's leg was grazed during the shooting. According to the hotel manager, both victims were staying at the hotel. One man was shot in the leg and another woman was grazed by a bullet.

Four people were initially detained, then released and were not charged. Police said the incident appears to be random and the victims were innocent.

No arrests have been made at the time.

This is an ongoing investigation, police ask if you have any information to please call the Crime Line at 1-888-LOCK-U-UP.