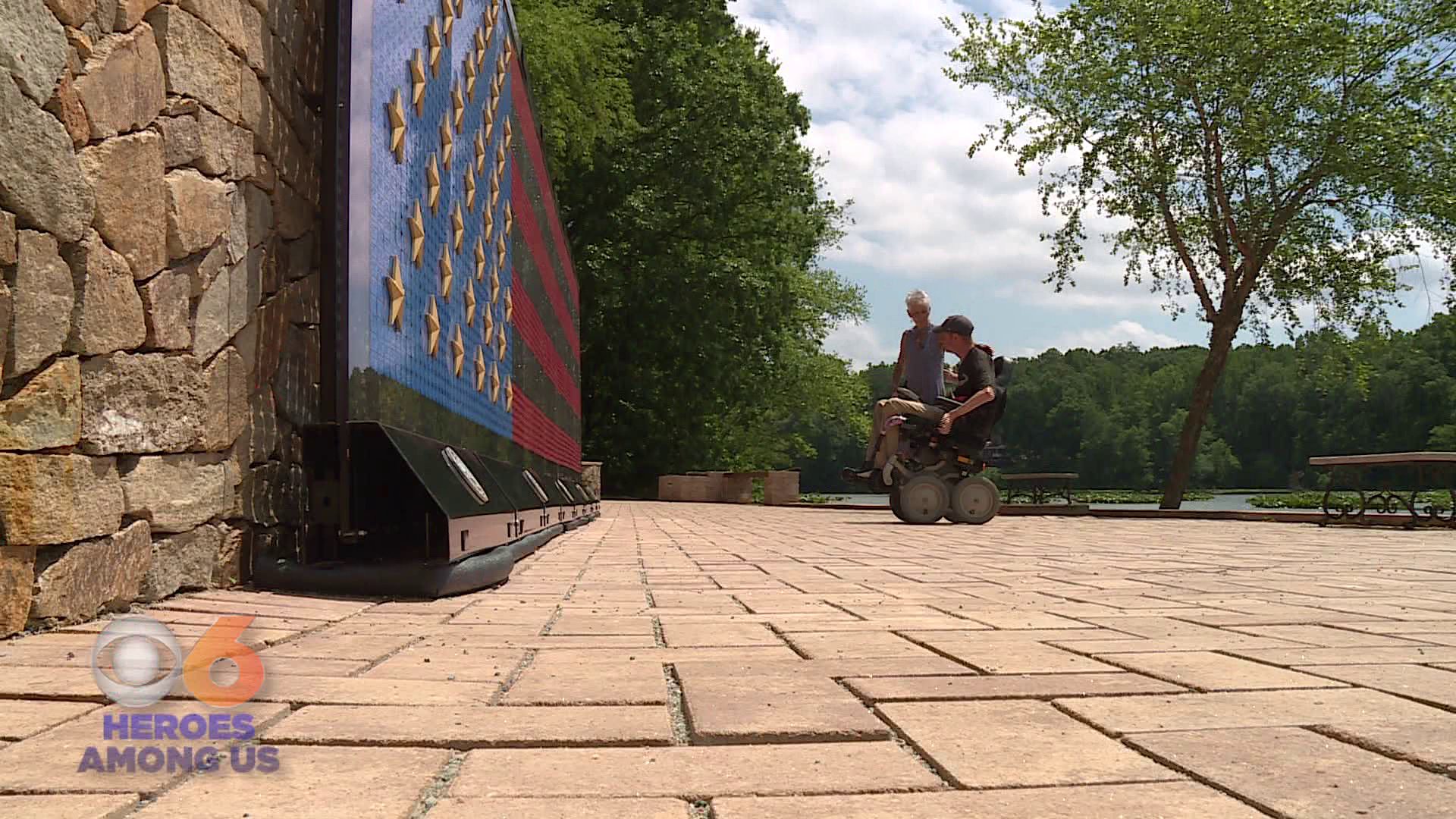 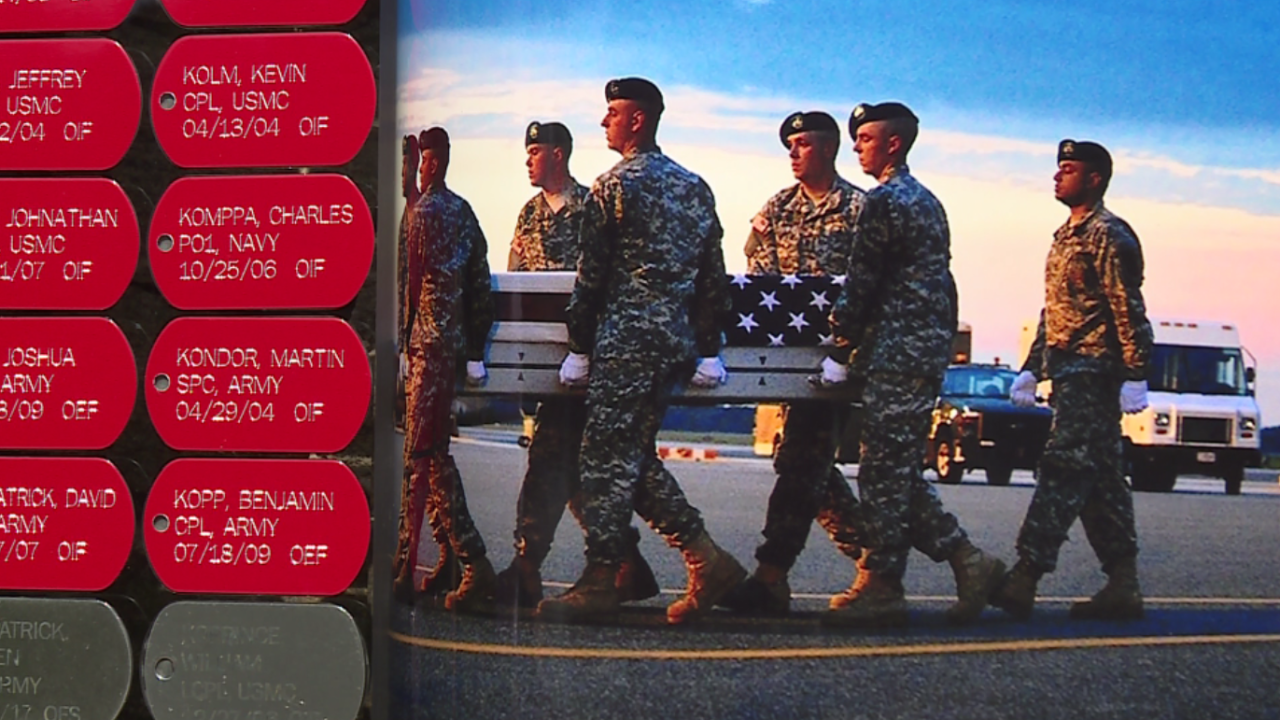 CHESTERFIELD COUNTY, Va. -- On the banks of Gregory’s Mill Pond, veteran James Howard has found a slice of heaven on earth.

“It's very, very secluded [and] kind of tucked away. That's why I love it,” Howard  said. “I roll right down to the lake and take it all in. It's medicinal out here. I think it does that for many people that come visit too.”

The Iraq War veteran, who is one with nature at the pond, enjoys sharing his "happy place" with others.

“Every day I wake up and I’m just thankful,” Howard said.

As a result, twice a month, Howard welcomes veterans from McGuire VA Medical Center as an escape through his non-profit, Veterans and Athletes United.

But Howard always dreamed of building an addition. Not a pool or man cave, but something more meaningful dedicated to those who will never have a chance to visit.

“It was extremely powerful to go down there and see it for the first time,” Howard said.

The new 28-foot Fallen Heroes Memorial has been a dream of Howard's for four years.

The memorial, funded and built by veterans and volunteer groups, honors the 6,941 service members killed in the War on Terror.

“It speaks for itself. When you see it, it's large and it's powerful," Howard said. "We’ve been fighting this war for 17 years.”

The names of the fallen are etched in dog tags, including three of Howard's friends.

“There's that quote, you die twice in this world. The first time physically when you pass away and then the last time when someone speaks your name," Howard explained. "So we hope these names will never be forgotten for the rest of our lives.” 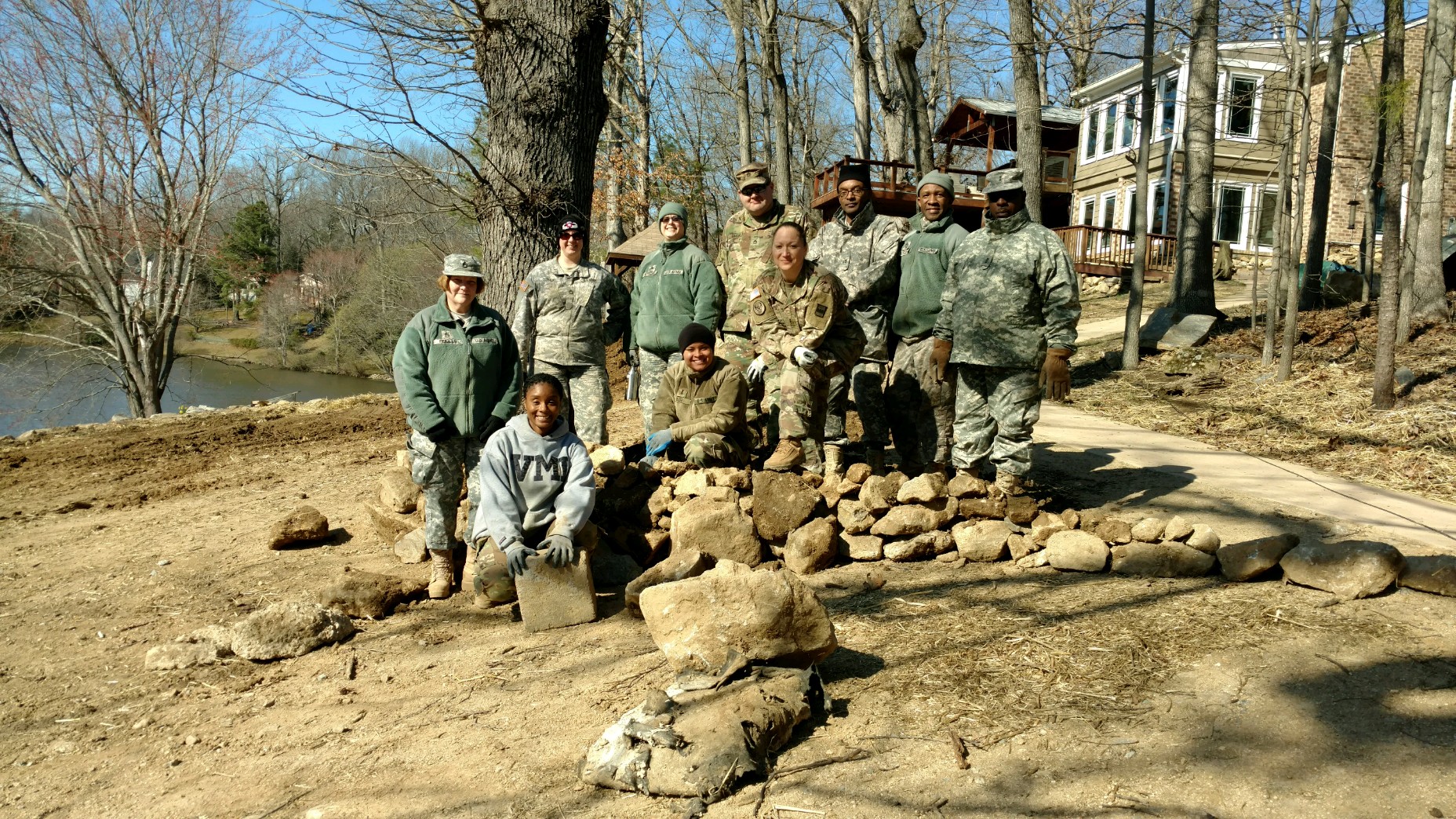 Her son Kyle was killed in Afghanistan in 2013 when he was just 21-years-old.

An eternally grateful Stoeckli says she feels closer to her son being here.

“I‘m mean, I'm almost overwhelmed with all of the work he put into this," Stoeckli said. "It’s truly amazing. It’s beautiful."

Howard says he hopes more Americans will pause and remember.

“They'll always be with me, everywhere I go, they are a part of me,” Howard said.

For this veteran, having his vision become a reality makes his happy place just about perfect.

“Like I said, I am fortunate, I'm in a good spot. Whatever I can do to give back, that is what I’m going to do,” Howard said.

The Fallen Heroes Memorial is currently at the Airborne & Special Operations Museum in North Carolina through Memorial Day. The Memorial will then move to the Veterans Warrior Week in Virginia Beach.