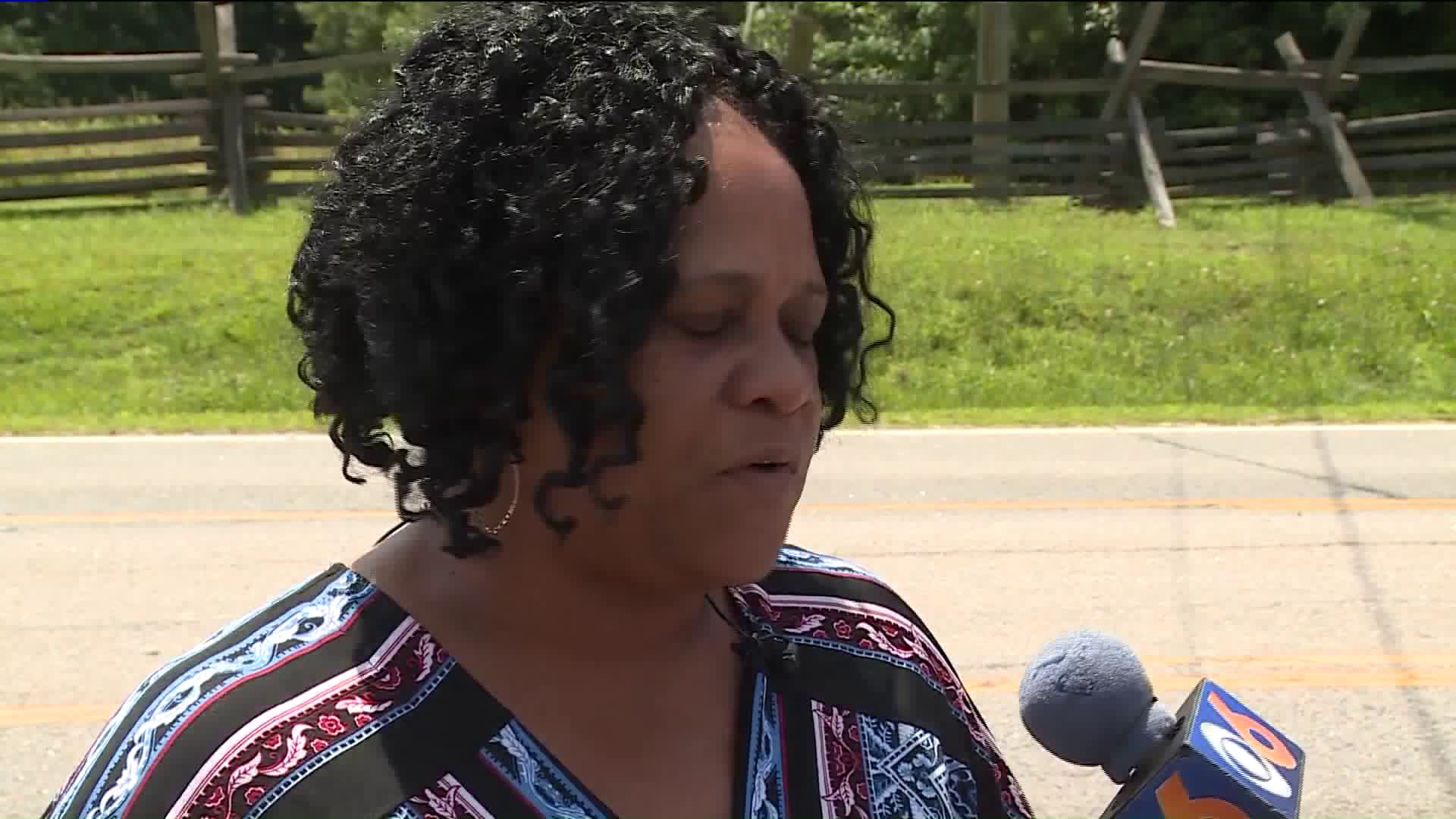 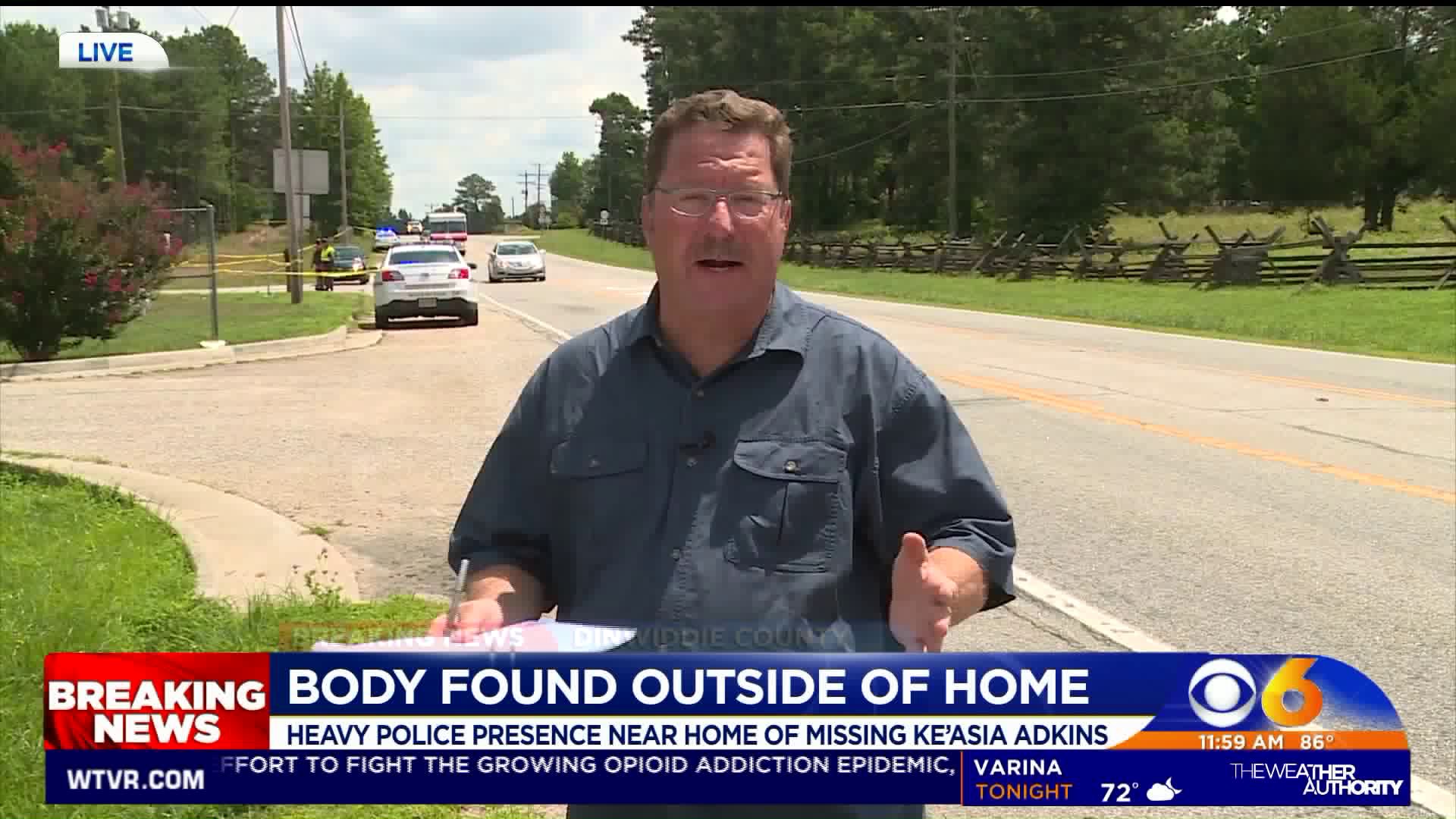 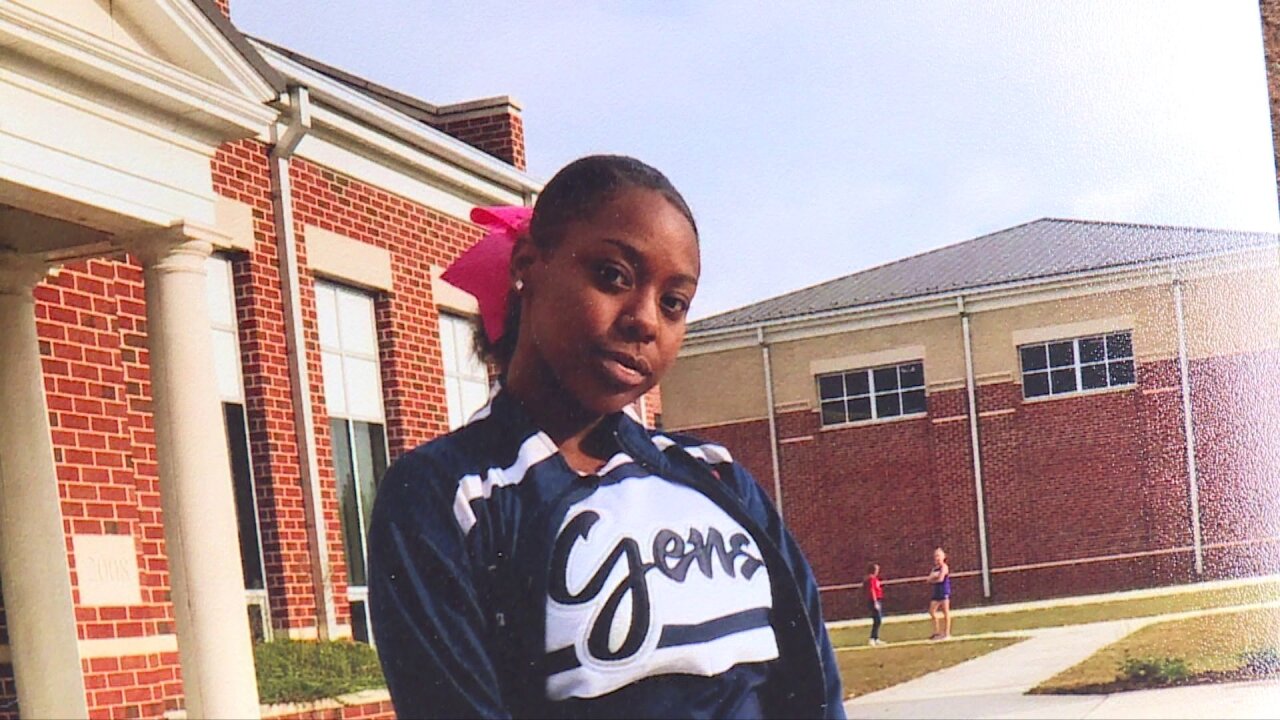 DINWIDDIE COUNTY, Va. -- The body of an African-American female was found Thursday morning in an area behind the home of 17-year-old Ke'Asia Adkins, the Dinwiddie County Sheriff's Office confirmed.   The body will be taken to the Medical Examiners for positive identification.

Investigators had been searching the area ever since the Dinwiddie High School junior was reported missing Monday. She was last seen Monday morning when she left home for the day to go to cheer practice.

"We haven't had any confirmation that it is her, but our prayers, on yesterday, what we spent time on yesterday, was to ask the Lord to bring her home," relative Pastor Belinda Baugh said Thursday morning. "Whatever report this is, God is going to bring her home. As for the family, we ask that you keep them lifted up in prayer. They need your prayers now, more than ever."

Investigators have not disclosed details about the death investigators, or if they were looking for suspects tied to the death.

"I love my daughter. I love my child. I just want her to come home," Adkins' mother Vikisha Smith said during a prayer vigil Wednesday. "I'm hurting. My soul feels like it's gone. I need my baby."

Ke'Asia had recently made the varsity cheer team at Dinwiddie High School.

Wayne Covil will have a live report from Dinwiddie on CBS 6 News at Noon.