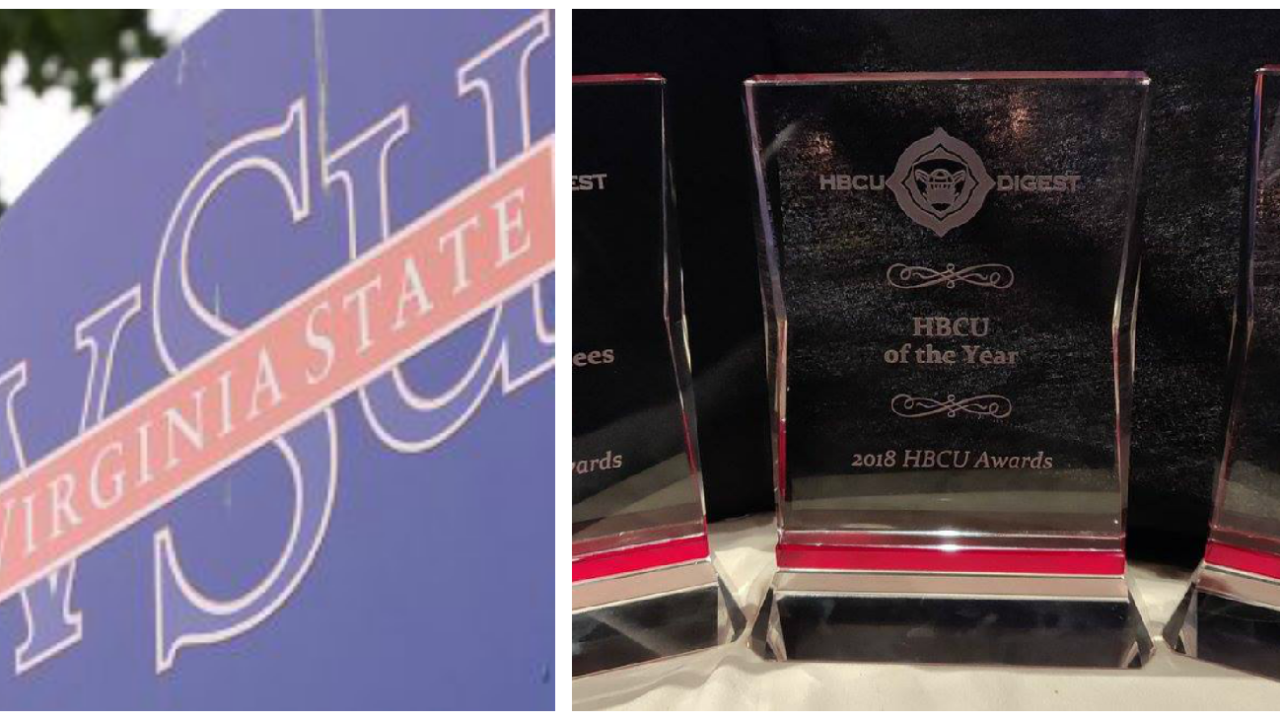 CHESTERFIELD COUNTY, Va. — Virginia State University was one of the biggest winners over the weekend at the 2018 Historically Black Colleges and Universities Awards ceremony.

After being named a finalist in seven categories, VSU was honored with three prestigious awards including HBCU of the Year, Best Board of Trustees of the Year and student Brianna Bundick-Kelly was named the Female Student of the Year.

“Virginia State University demonstrated excellence across virtually all areas of the academic enterprise,” said Jarrett Carter Sr., founding editor of HBCU Digest. “Virginia State University was a model of success for all institutions, historically black or otherwise, during the last academic year and it was an honor to recognize the achievements of their executives, students, faculty and alumni at our annual ceremony.”

VSU President Makola M. Abdullah, Ph.D., who was a finalist for the HBCU Male President of the Year and last year’s winner, raved about his school’s commitment to excellence.

“It’s because of the incredible hard work and commitment of our wonderful faculty and staff who give of their time to our students,” President Abdullah said. “It’s our alumni who set a high standard for our students to follow. It’s the dedication of our Board of Visitors for all that they do for the University. I am proud to be the 14th president of Virginia State University.”

The HBCU Awards is an awards ceremony honoring achievement at historically black colleges and universities (HBCUs) throughout the United States. The ceremony was hosted by HBCU Digest, an online blog site which reports on the news of HBCUs.

The winners were selected by a panel of previous HBCU Award winners, presidents and chancellors and media members who cover HBCUs.