Stephen Miller is the man behind Trump’s immigration policy 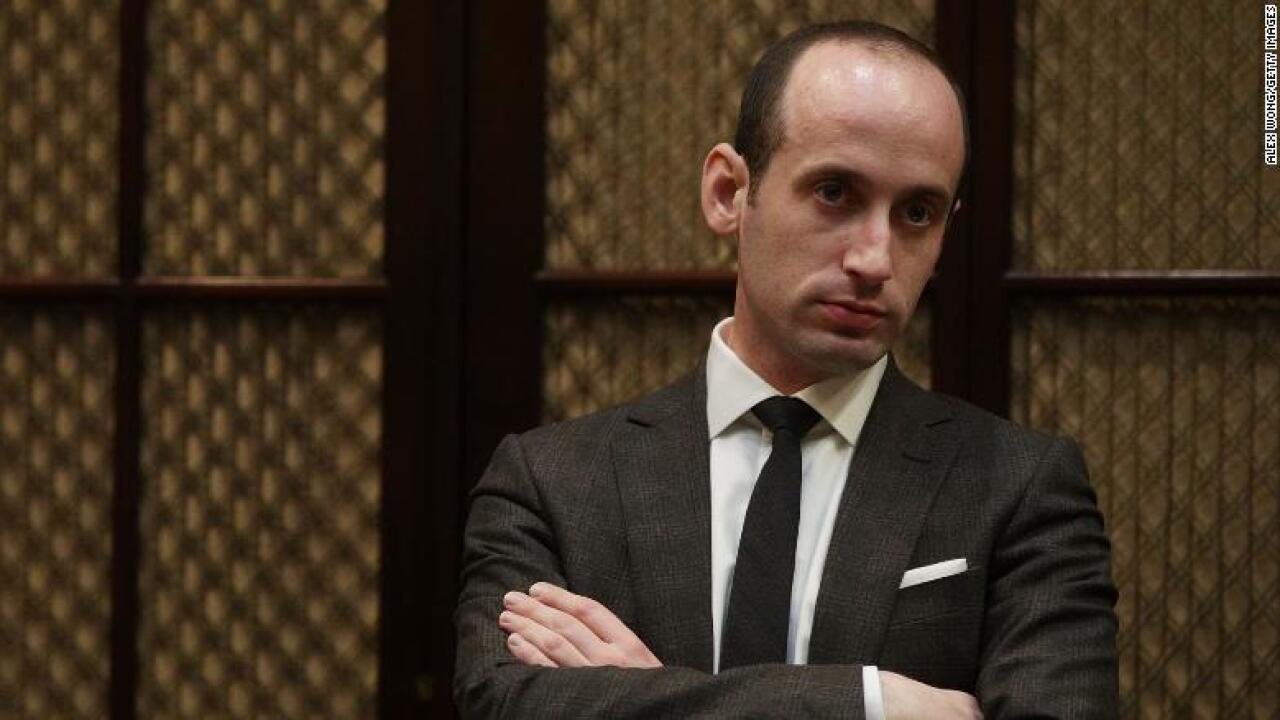 Nearly ever present by the President’s side, perhaps no one is more responsible for the Trump agenda than Stephen Miller.

President Donald Trump on Thursday signed an executive order aimed at keeping families together at the border, but not before several days of public outcry over the administration’s “zero-tolerance” immigration policy that had resulted in thousands of undocumented children separated from their families at the border.

Some of the Trump administration’s most controversial and chaos-inducing policies can be traced back to Miller, including the travel ban and the firing of former FBI director James Comey.

And the latest immigration debacle is no different.

Originally from California, the 32-year-old senior Trump adviser has been part of the Trump team since January 2016, where he acted as Trump’s warm-up act during the primary and general 2016 election.

During the campaign, Miller would consistently address the crowds at Trump rallies before the then-candidate would take the stage.

“Everybody who stands against Donald Trump are the people who’ve been running this country into the ground,” Miller said at one campaign rally in Texas. “Everything that is wrong with this country today, the people opposing Donald J. Trump are responsible for.”

But amid the administration’s tumultuous first year that has seen historic levels of staff turn over, Miller has remained a constant — even outlasting fellow travel ban architect and former head of Breitbart, Steve Bannon.

Miller has peddled the role of provocateur since his teenage years in California. In high school, he ran a student government campaign that included a controversial speech about the role of janitors at the school, according to a recording obtained by Univision.

CNN also previously reported that in 2002, when Miller was 16 years old, he penned an opinion editorial for the Santa Monica Lookout that argued “very few, if any, Hispanic students” make it to honors classes because the school provides a “crutch” to those who don’t speak English by ensuring “all announcements are written in both Spanish and English.”

While at a week-long summer program for rising high school seniors where attendees built their own governments, Miller reportedly ran for a seat on the Board of Supervisors. His stump speech included a proposal for infiltrating enemy groups with a “black ops” force. After winning his election, Miller was involved in a heated incident where he yelled and flipped a table, CNN previously reported.

Following high school, Miller attended Duke University, where he wrote for the Duke Chronicle about topics including the “war on Christmas,” immigration and multiculturalism.

His conservative politics landed him a job with Michele Bachmann, who at the time, was serving as a representative for Minnesota.

“I decided I would take a chance on him because he struck me as a very serious individual,” Bachmann previously told CNN, calling Miller “intelligent, hardworking and highly competent.”

But it was during his time working for then-Sen. Jeff Sessions where Miller became central to Sessions’ immigration messaging and helped shape the Alabama lawmaker’s critique of the 2013 bipartisan immigration reform bill (which eventually died in the House).

Sessions now serves as the US attorney general under Trump, and was the first sitting senator to endorse Trump in 2015. However he is at odds with the President over his recusal from the special counsel’s Russia probe. He also has repeatedly defended the administration’s hardline immigration stances.

Miller’s role shaping immigration policy continued when he assumed a position in Trump’s White House — and lawmakers have taken notice.

“I’ve talked with the President, his heart is right on this issue, I think he’s got a good understanding of what will sell, and every time we have a proposal it’s only yanked back by staff members. And as long as Stephen Miller is in charge of negotiating immigration we’re going nowhere,” South Carolina Republican Sen. Lindsey Graham told reporters in January. “He’s been an outlier for years.”

Illinois Democratic Sen. Dick Durbin had a similar sentiment in January, telling reporters, “Any effort to kill immigration reform usually has Mr. Miller’s fingerprints on it.”

Now, Republican lawmakers face an uphill battle to pass their latest immigration bill. Members have pushed back the vote to take place next week in an effort to continue negotiations. Trump has advised Republicans to stop “wasting their time.”

“Republicans should stop wasting their time on Immigration until after we elect more Senators and Congressmen/women in November. Dems are just playing games, have no intention of doing anything to solves this decades-old problem. We can pass great legislation after the Red Wave!” Trump tweeted Friday.

Meanwhile, Miller’s standing in Trump’s inner circle remains unclear after this week, some people familiar with the matter previously told CNN. But as of Wednesday, any potential admonition had yet to be seen, as Miller joined the President on Air Force One where they traveled to Duluth for what has shaped their relationship since the early days of 2016 — a campaign rally.