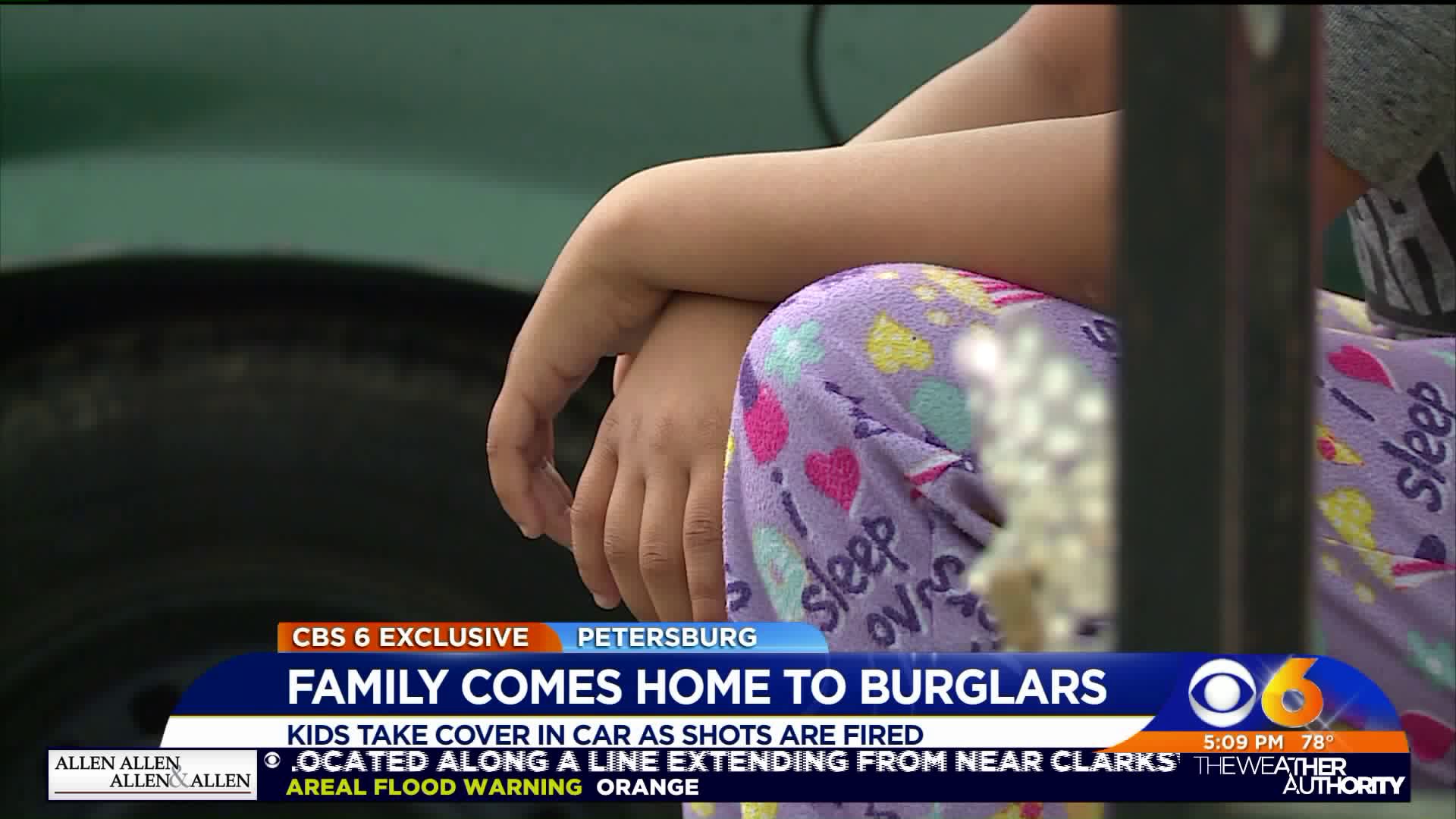 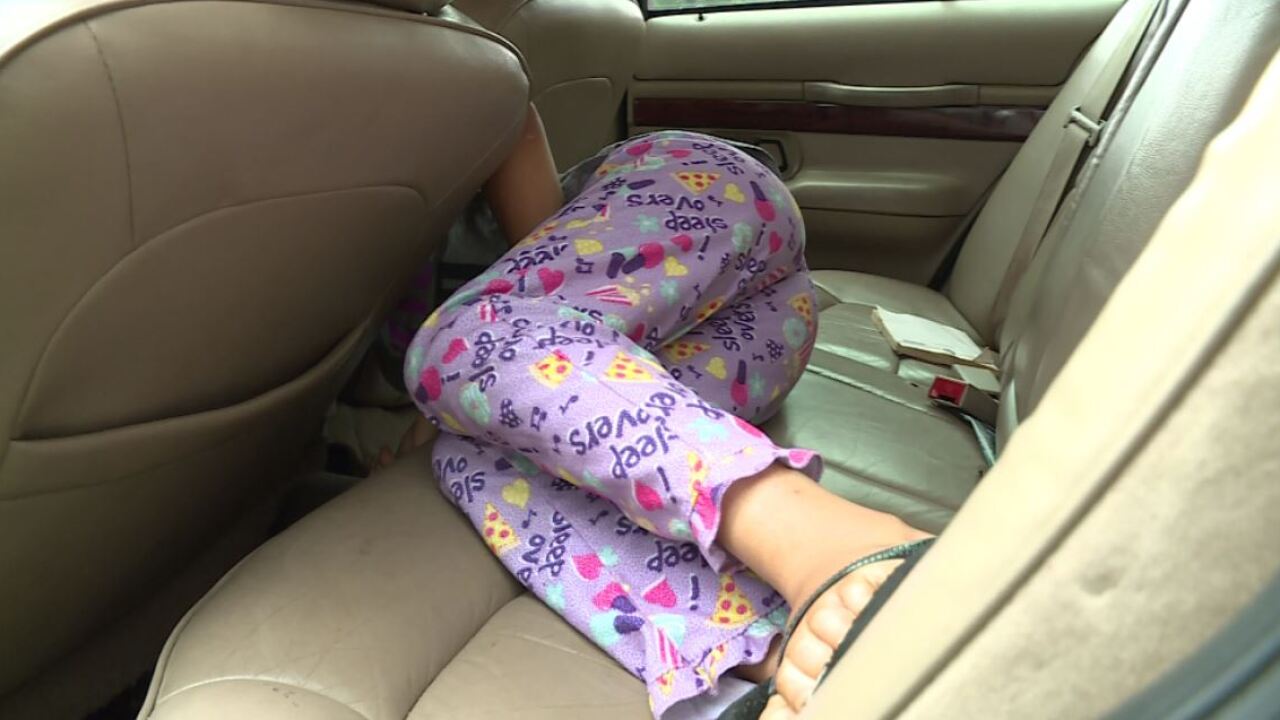 PETERSBURG, Va. -- Police are investigating a Thursday night shootout between a Petersburg father and someone who broke into his family's home. When the father and his daughters, ages eight and three, returned to their Grant Avenue home after a trip to the store, they knew something was amiss.

"My dad told me that the TV was gone and then he told me to get back in the car," the eight-year-old child recalled. "I took my sister to the car and then when I got in the car, I told her to lay down in the seat."

When her dad exited the home, gunfire erupted.

"He went over there to the side of the house and then all I heard was shooting," the child said. "Then one of the boys ran over there, and like two came out here, and then that boy shot at my dad and then my dad shot back."

No one is hit in the gunfire, but bullets struck the home, and a neighbor's home, leaving lasting marks.

Police arrived on scene and found a significant piece of evidence.

"A gun was found at the front door, whoever was one of the persons leaving out the house, dropped his gun," the girls' grandmother said.

Anyone with information was asked to call Petersburg Crime Solvers at 804-861-1212.