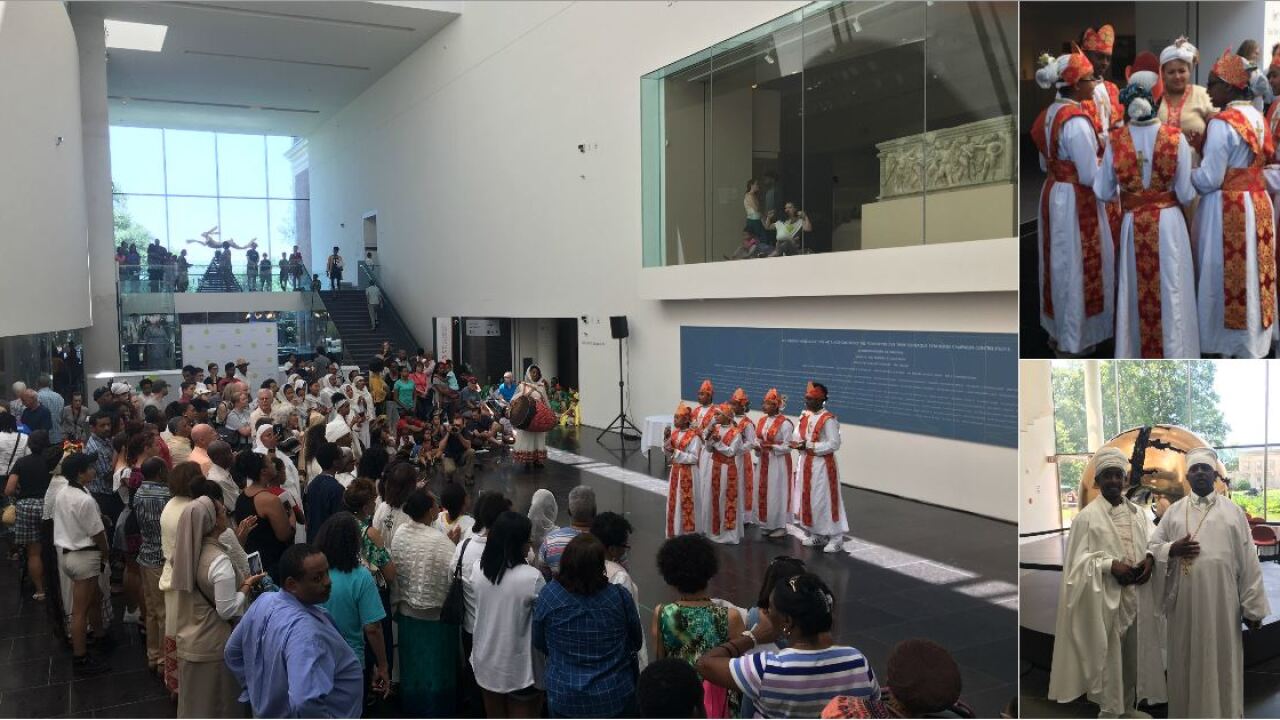 RICHMOND, Va. — Opening with its latest arrangement “Ethiopian Ocean,” the Feedel Band captivated its audience at the Virginia Museum of Fine Arts (VMFA) on Saturday.

The blend of Ethiopian-jazz fused with R&B and soul, resulted in a textured, bold, quick and energetic sound.

The band’s high-energy performance, filled with dynamic ‘gonder’ dancing, a dance central to the culture of the Gurage people of Southern Ethiopia, enigmatic harmonies, and virtuosic musical improvisation garnered multiple rounds of spontaneous applause from the audience.

The performance of the Washington, D.C.-based band was part of Family Fun Day at the VMFA, a cultural awareness and education event. For the first of the two events scheduled this year, the VMFA celebrated African and African American culture and art. The event featured art activities, performances, films, and demonstrations throughout the day. 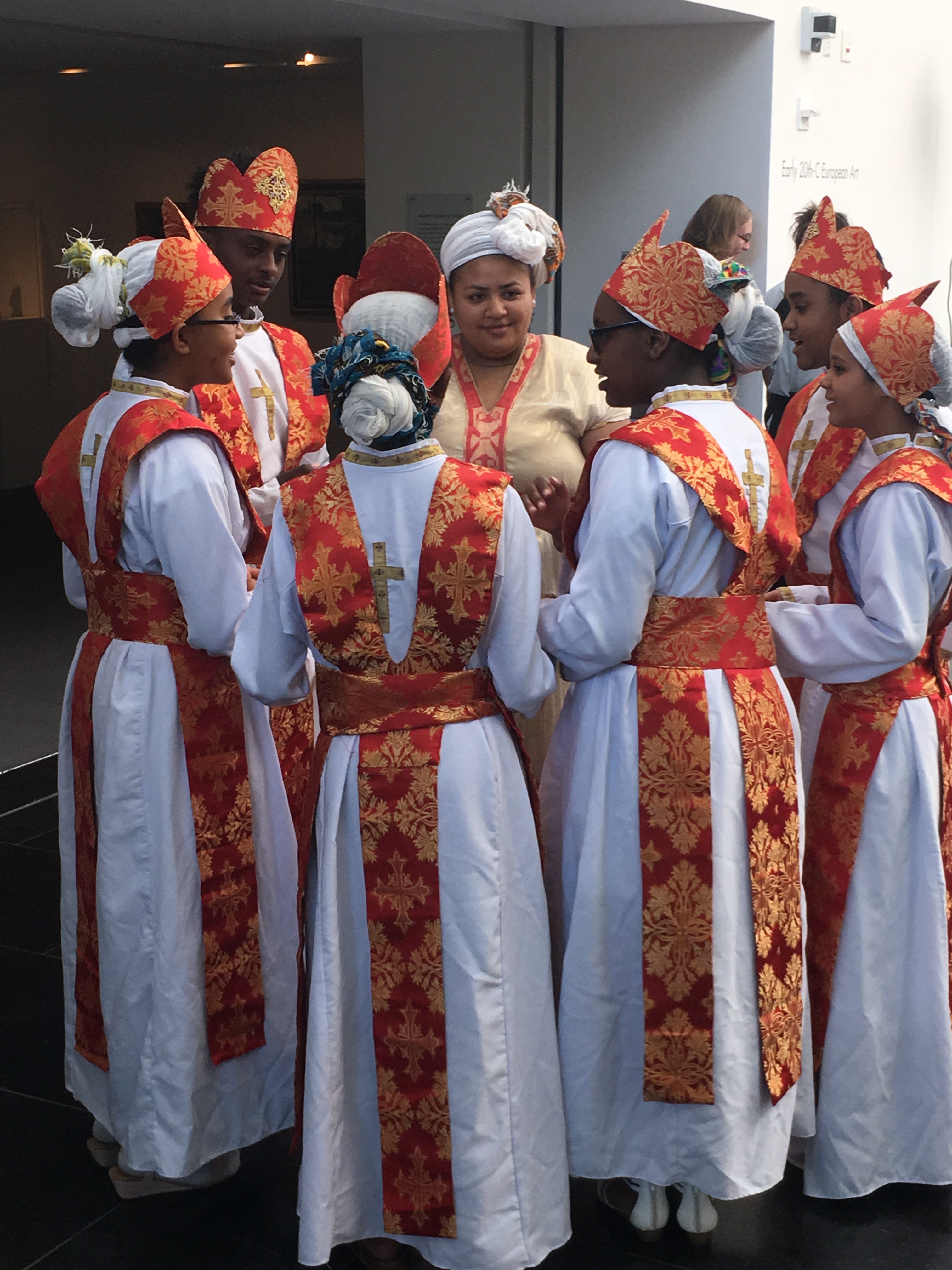 “We try to preserve the music for the next generation,” band leader Araya Woldemichael said. “We try to bring back the spirit.”

Woldemichael added that a founding concept of the band was to help expand the reach of Ethiopian music and create the opportunity for people of all backgrounds and ages to experience a part of the culture.

On Saturday, the aroma of traditional Ethiopian spices and herbs wafted throughout the main lobby of the museum.

Running through the large crowd, children showed off their hand-decorated gourds, cards, and pendants as parents scanned their activity guides to seek out their next destination.

Flashes of whites, yellows, purples, golds, and reds flashed all around as people walked past in traditional African clothing.

On the second floor the Afro-futuristic sounds of DJ Mikemetic could be heard, while the melody of the local Ethiopian Orthodox Choir warmed up people in the main hall.

VMFA volunteer Ericka Aleman, 16, said that not only did she see several families dancing to the music during the show, but that she also couldn’t help to notice the smiles on people’s faces afterwards. Standing by the entry door watching the performance, she said that given the chance she would “absolutely” see the band again as she enjoyed the “uniqueness” and vibe of the jazz-infused sound.

The Feedel Band’s sophisticated sounds and rhythms were a universal appeal to all generations.

Featuring modern as well as ancient Ethiopian musical instruments, each band member brought his own layer of personality to the stage.

Since the band’s formation they have played many concerts, festivals, and events including the 2015 Folk Festival in Richmond, the Millennium Stage at the Kennedy Center in Washington D.C, the Global Beat Festival in New York City, and the Capital City Kwanzaa Festival.

“When I do my improv, I take you to a different place,” said Woldemichael, who added that it is an incredible feeling when he and his band members are harmonized and in sync during their performance.

By Jayla McNeill, Special to WTVR.com

EDITOR’S NOTE: WTVR.com has partnered with VCU’s Richard T. Robertson School of Media and Culture. A student from the program reported this story.