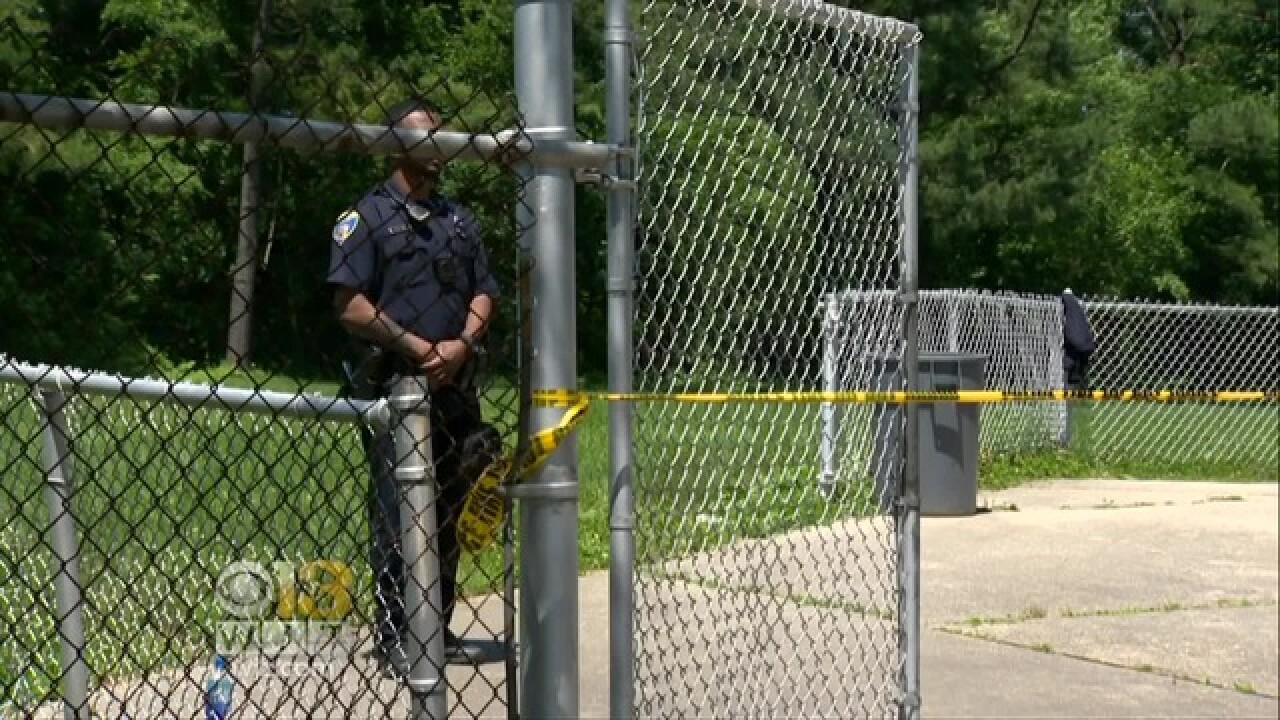 BALTIMORE, M.D. — Jasmine Pierce-Morris, 20, was found dead in the bleachers of a Northeast Baltimore football field, her body in the kneeling position face down in a pool of blood and her hands bound with rope.

The Baltimore Leadership School graduate was fully clothed with a set of earbuds and what police called a prom photo, WMAR reports.

Pierce-Morris had last been seen Monday, June 11 at 4:30 p.m. Her mother had reported her missing on Wednesday at roughly 1:30 p.m. Unbeknownst to family, Pierce-Morris was killed the previous day.

According to court documents, detectives contacted that friend and were shown a foreboding text message conversation.

“SOOOO, Chris wanted to talk to me today right,” Pierce-Morris sent in a message at roughly 8 p.m. Monday. “I’m meeting him at this football field. I think this is going to be our last conversation fr. He told me he was leaving, might be going to California or Hawaii. Imma find out when he get there but ain’t that good news?!?!”

Charging documents and Rather’s facebook page revealed that he is an active member of the United States Marine Corps.

The friend also informed detectives that Pierce-Morris had been trying to avoid Rather and had recently began dating another man. The friend and Pierce-Morris’ mother had become concerned that Rather was “obsessed with Jasmine,” the charging documents read.

The friend, who lives several states away, was distraught when she learned of Pierce-Morris’ death and told investigators that Pierce-Morris had stopped sharing her location data with the friend at roughly 12:30 a.m. on Tuesday. The friend informed police that the young man “Chris,” with whom Pierce-Morris was supposed to have met prior to her death, lived on E. Northern Parkway.

According to the charging documents, detectives searched Motor Vehicle Administration records and found Rather’s address less than a half-a-mile from the crime scene. They also confirmed he was the man they had seen in the prom photo and in Facebook photos with Pierce-Morris.

He was taken to the police’s homicide unit for questioning, where he claimed to have two alibis. Those witnesses were interviewed and their stories did not corroborate Rather’s statements, charging documents said. One witness even admitted that Rather had asked him to lie.

“Hell no you! Noooooo,” the first post read left at 10:59 am Wednesday. “Noooooo I’m not trying to believe it! RIT Too Pretty Jazzy! I never ever ever thought I’d be making one of these for you! I don’t want to believe this at all! who would take my best friend away from us like this. I can’t believe it, please let this be a lie or a mistake. We were supposed to watch movies you wanted to see Sa…..

“I am in complete and utter shock, and disbelief,” a second post at 12:20 a.m. Thursday read. “I really cannot believe she’s gone. My Best friend, Ex-Lover, my calm, my happiness, my therapist, my motivator just gone. She was too young and it was not her time to go. Rest easy baby girl! I will always love you and have you in my heart.”

On Thursday, police obtained and executed a warrant to collect DNA samples from Rather to test against DNA collected at the murder scene.

According to Maryland Case Search, Rather has no attorney listed. He is being held at Central Booking Intake Facility and should be scheduled for a bail review hearing Monday morning.