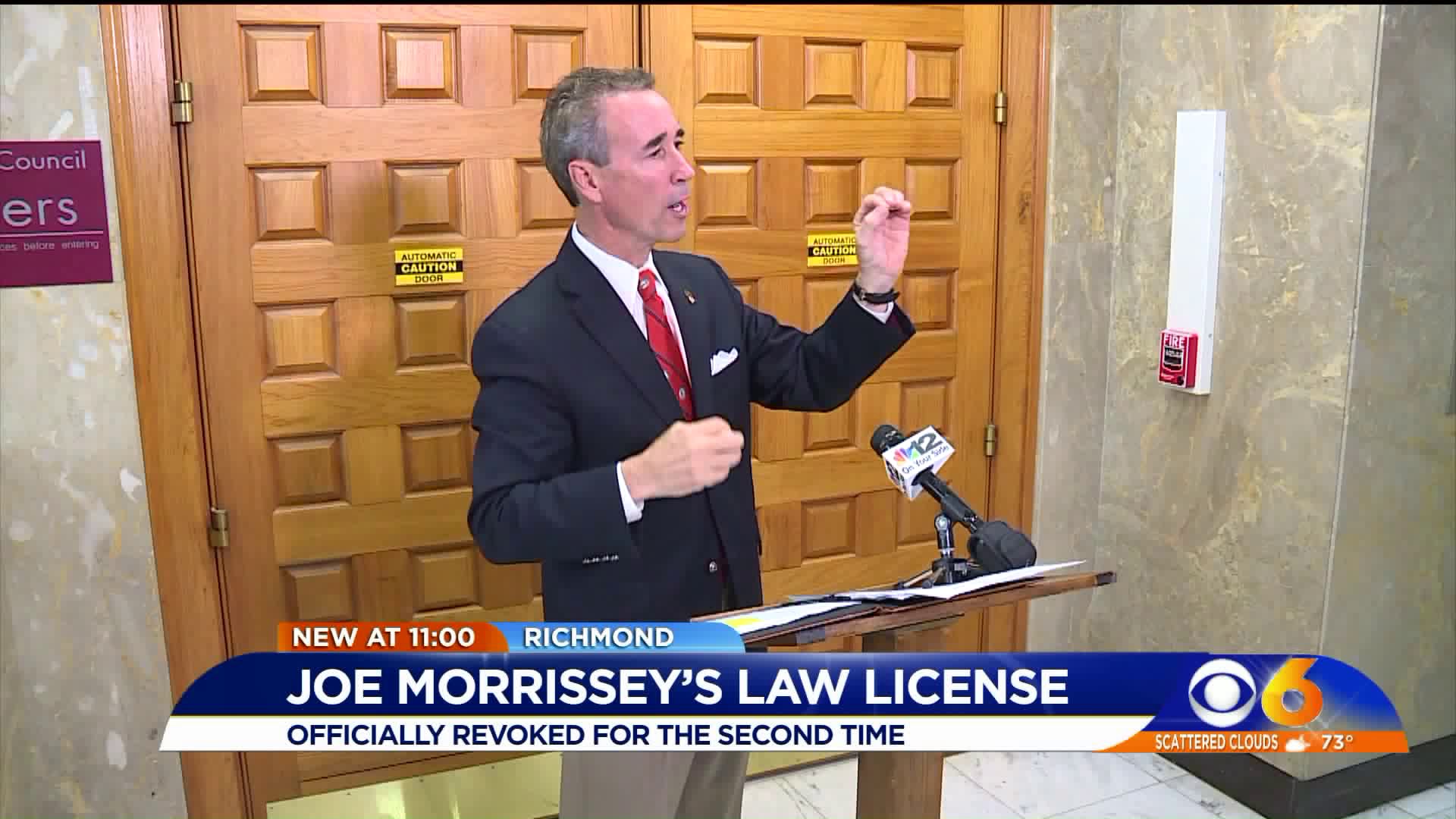 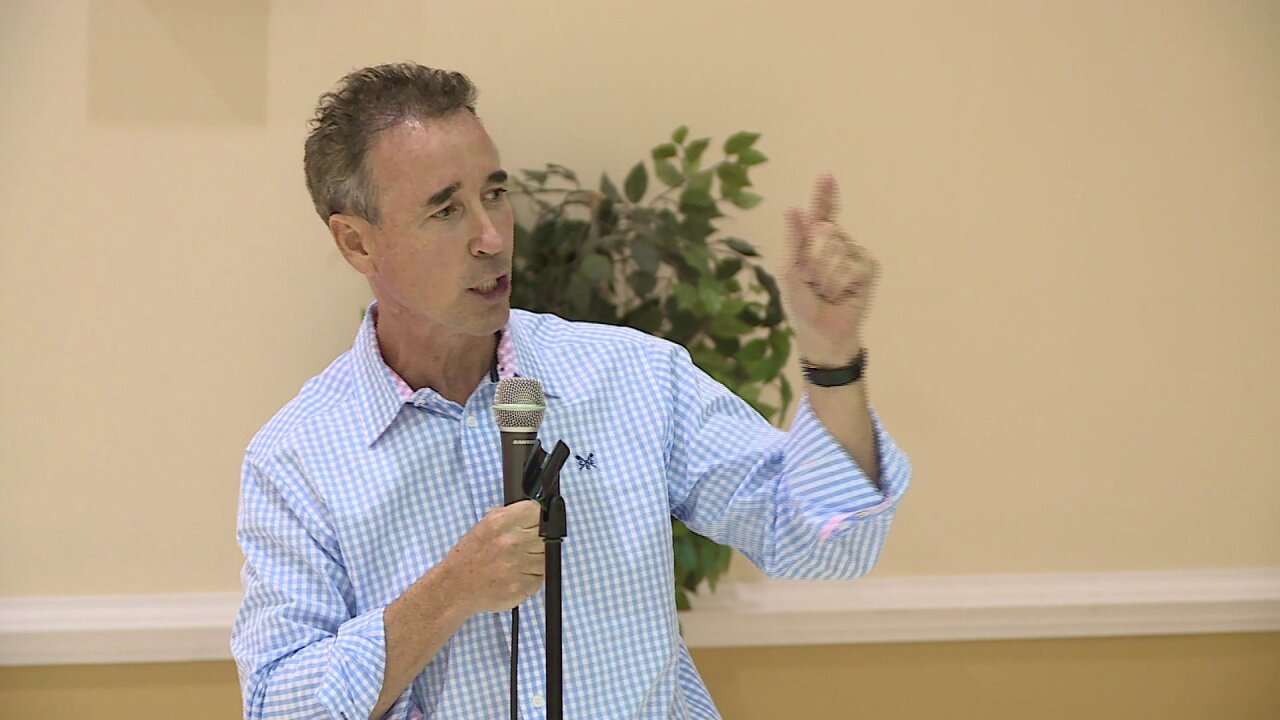 RICHMOND, Va. -- The law license of controversial Richmond attorney Joe Morrissey has officially been revoked by the Virginia State Bar.

The Supreme Court of Virginia has rejected his stay, meaning Morrissey is no longer a lawyer in good standing and his license is officially revoked.

This comes after a three-judge panel made the decision to revoke his license in March following a series of misconduct hearings in Richmond Circuit Court.

Morrissey has filed his notice of appeal to appeal the decision to the Supreme Court of Virginia. The court may affirm, reverse and remand in whole or in part, or reverse and dismiss the decision.

Morrissey cannot practice law in Virginia until his appeal is granted and/if the panel’s decision is overturned by the Supreme Court of Virginia.

The Virginia State Bar filed three ethics complaints against the former delegate and Richmond mayoral candidate. One of those complaints concerns allegations that Morrissey had sex with a 17-year-old receptionist in his law office in 2013.

In 2014, before that case was scheduled to go to trial, he entered an Alford plea in criminal court to contributing to the delinquency of a minor and served three months in jail.

The woman in question is now his wife.

The Virginia State Bar also accused Morrissey of making false statements to the court regarding that case. They also accuse him of engaging in conduct involving dishonesty, fraud, deceit or misrepresentation.

Morrissey has denied the allegations.

This is the second time Morrissey’s law license has been revoked by the Virginia State Bar. (2003)

His license was eventually reinstated by the Supreme Court of Virginia in 2011.