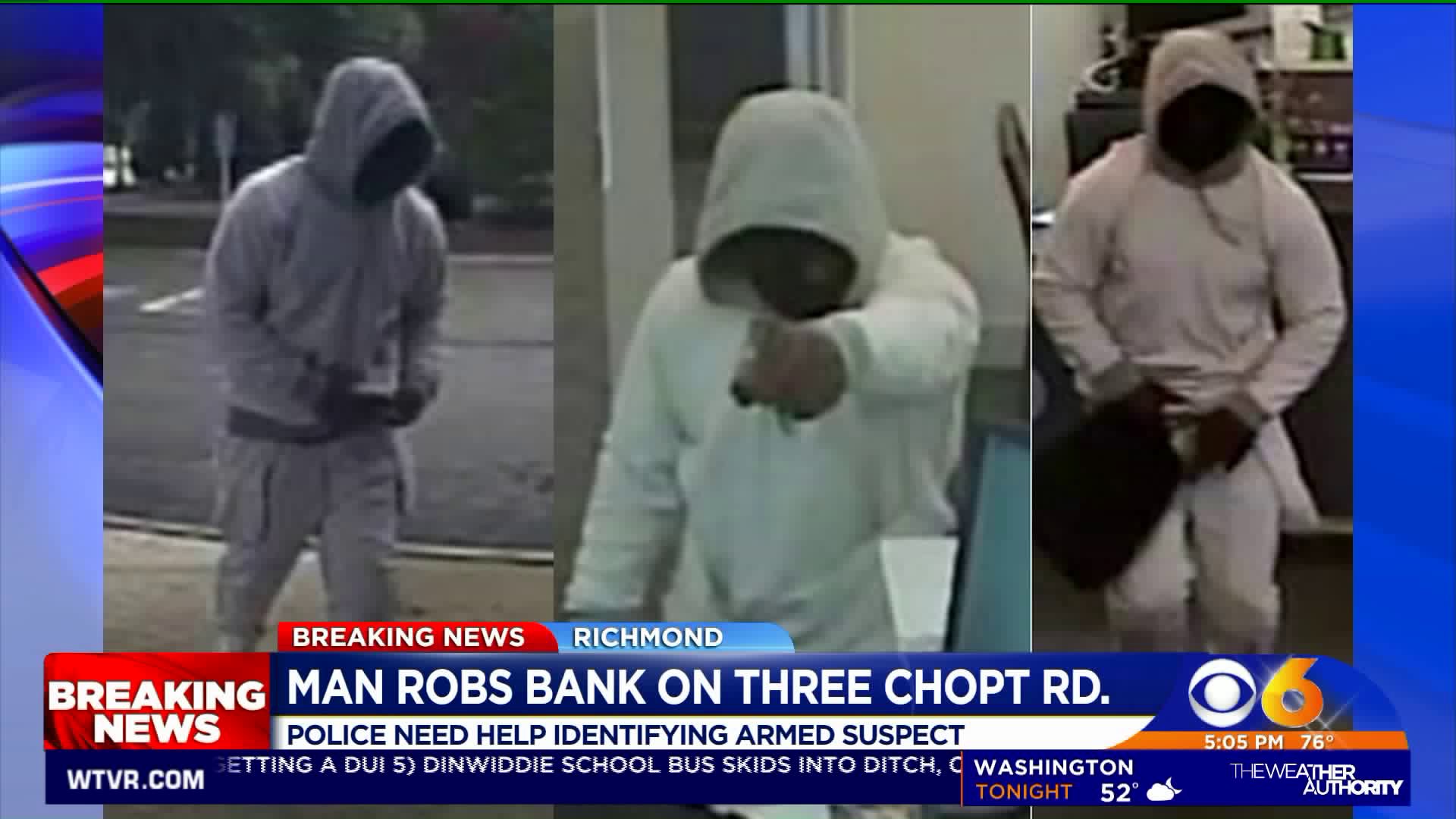 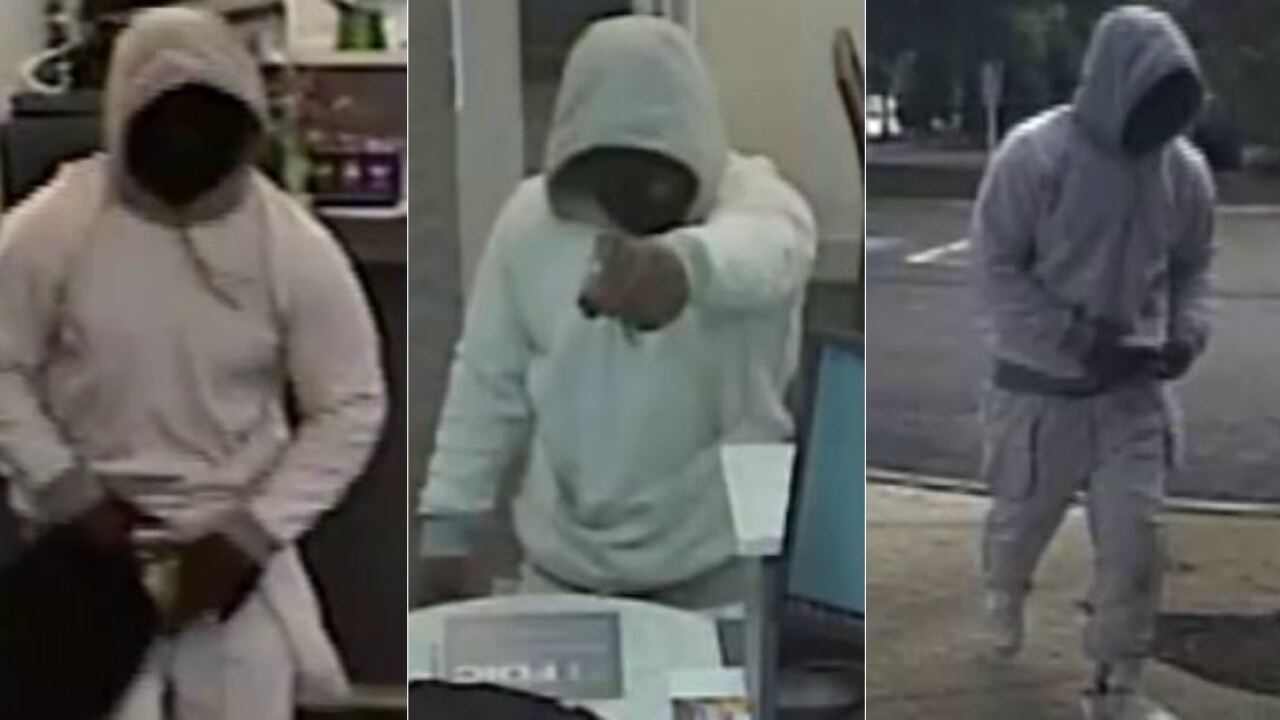 RICHMOND, Va. -- Police have asked for help finding a gunman who robbed a bank on Three Chopt Road.

"At approximately 10:35 a.m., an unknown male entered the South State Bank in the 7100 block of Three Chopt Road. The suspect approached the teller, displayed a firearm, and demanded money," a Richmond Police spokesperson said. "The teller complied and gave the suspect an undisclosed amount of money. The suspect fled on foot behind the bank and was last seen headed towards Register Parkway and Patterson Avenue."

Police described the robber as a black male with an average build, approximately 30 to 40 years old, and between 5’9” – 6’ tall.

"He was last seen wearing a black mask over his face, a white hooded sweatshirt, white sweatpants, and white shoes," police said.