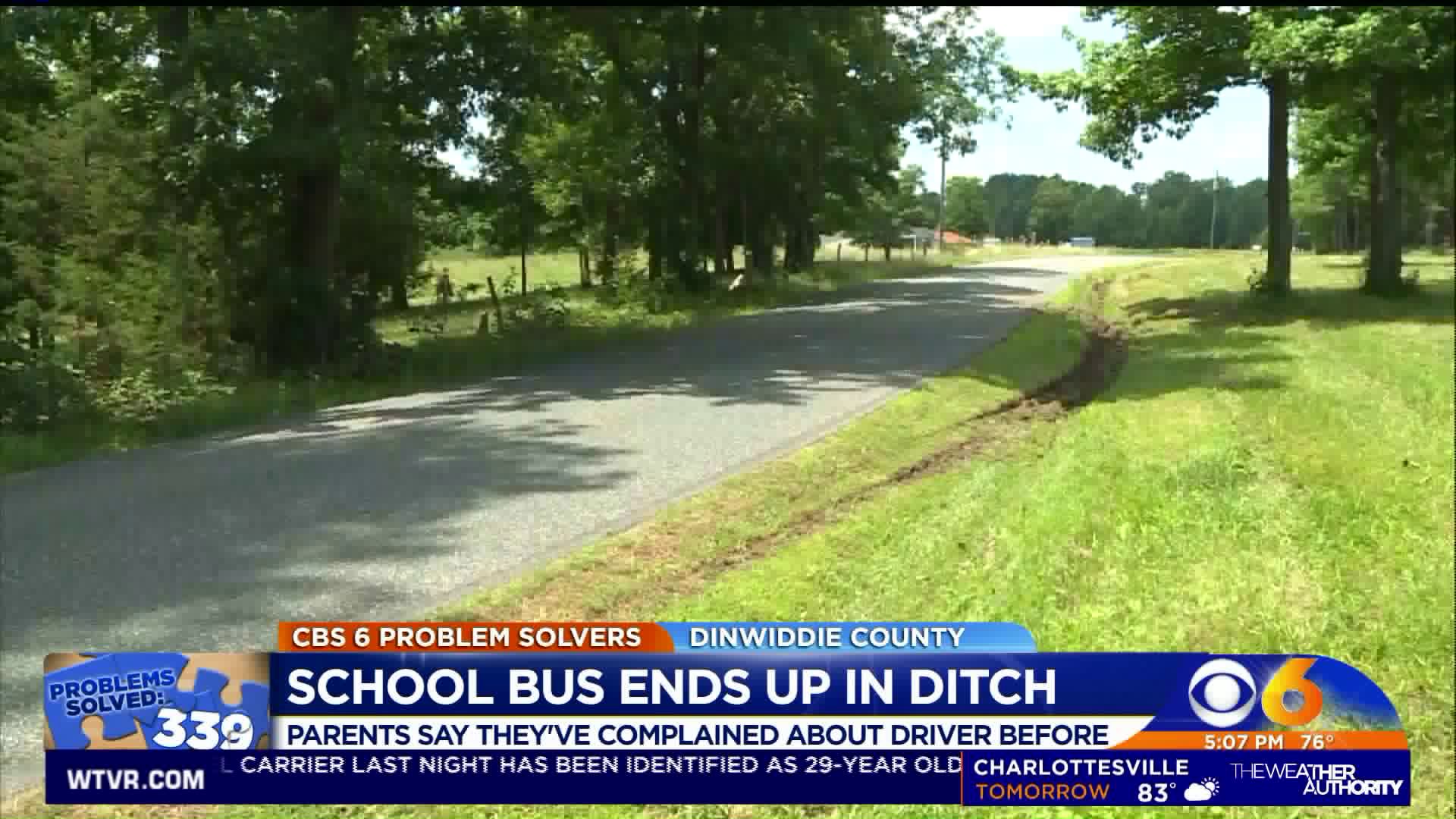 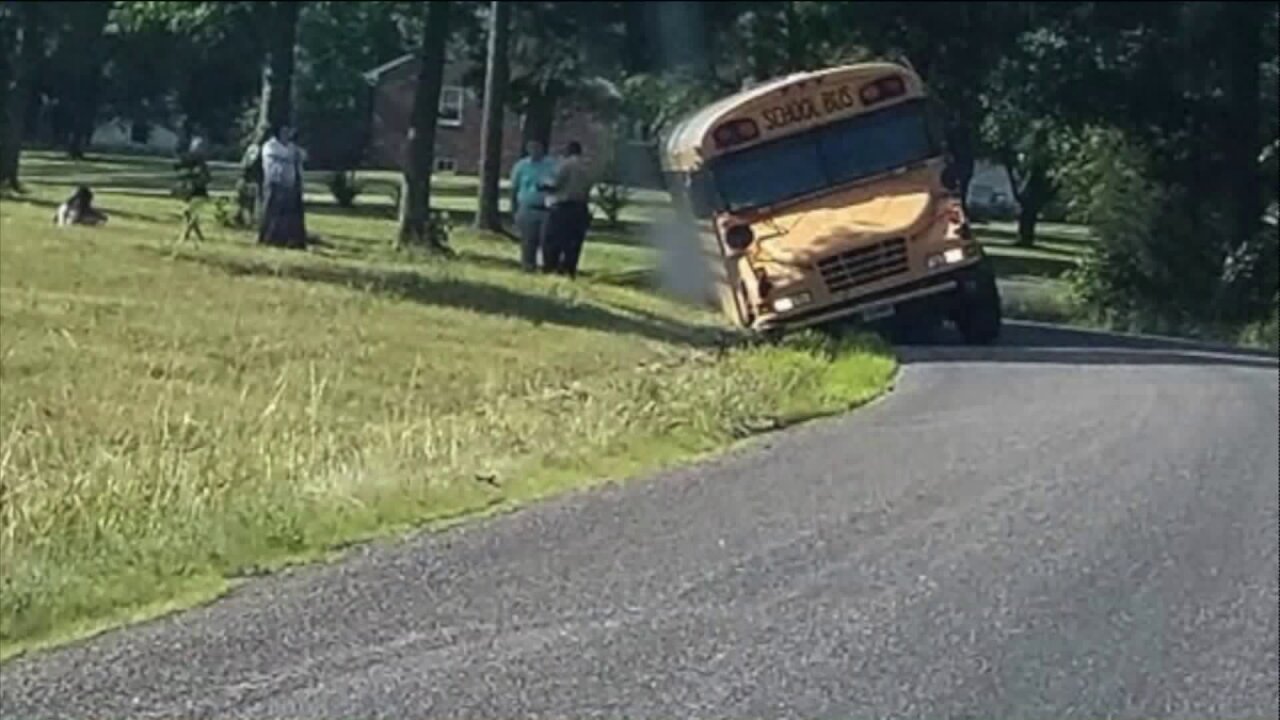 DINWIDDIE, Va. -- School bus #73 slid into a ditch Wednesday morning with four children on board.

The school bus was traveling on a narrow portion of Baltimore Road when it met an oncoming truck, school officials said.

The bus veered to the side of the road to avoid oncoming traffic and slid into the ditch.

Renee Hodges said she was relieved that no children were hurt. Her daughter Jayda used to ride bus 73, but that changed after a couple of incidents.

Hodges said bus 73 slid into a ditch two other times, on Anderson Mill Road and on Old Pine Road in front of their house.

“I witnessed it,” she said. “Our ditch is so deep, and the bus was leaning and she was in tears, thought it was going to flip over.”

“I literally said I didn`t want to ride the bus anymore,” Jayda said.

Amanda Nugent said her son went through the same thing. Nugent said she made repeated calls to the school district and was upset the same driver was still behind the wheel.

Nugent now drives her son and Hodges daughter to school every day.

“When my son comes home and he`s upset and telling me he doesn`t want to ride because he fears for his safety the only thing left to do is take him off the bus,” she said.

CBS 6 Problem Solvers contacted the district and was told their protocol after a bus accident is to put a driver on leave until an investigation is done. If there are no charges, the driver can continue to work.

“It shouldn`t have gotten this far,” Nugent said. “When parents called a few months ago and complained...that`s when they should have looked into it.”

A school spokesperson said part of that investigation will be a review of phone records to see how many times parents called.

Safety is a top priority and the driver will remain off the road until an investigation is complete.

A substitute bus was dispatched to continue the route to transport students to school. The Virginia State Police were on scene and no charges were filed.