Suspect in police custody after pursuit in stolen armored vehicle 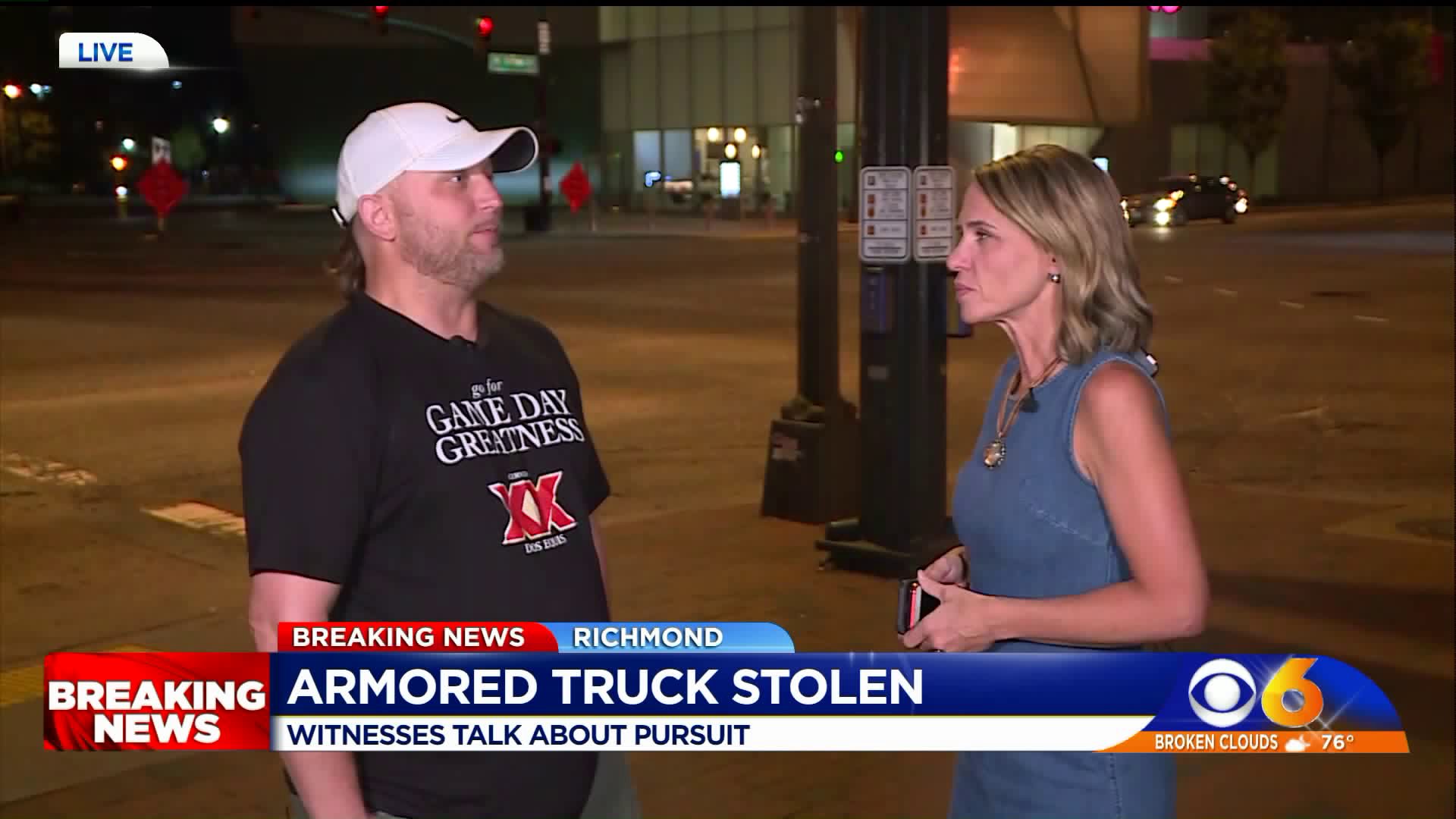 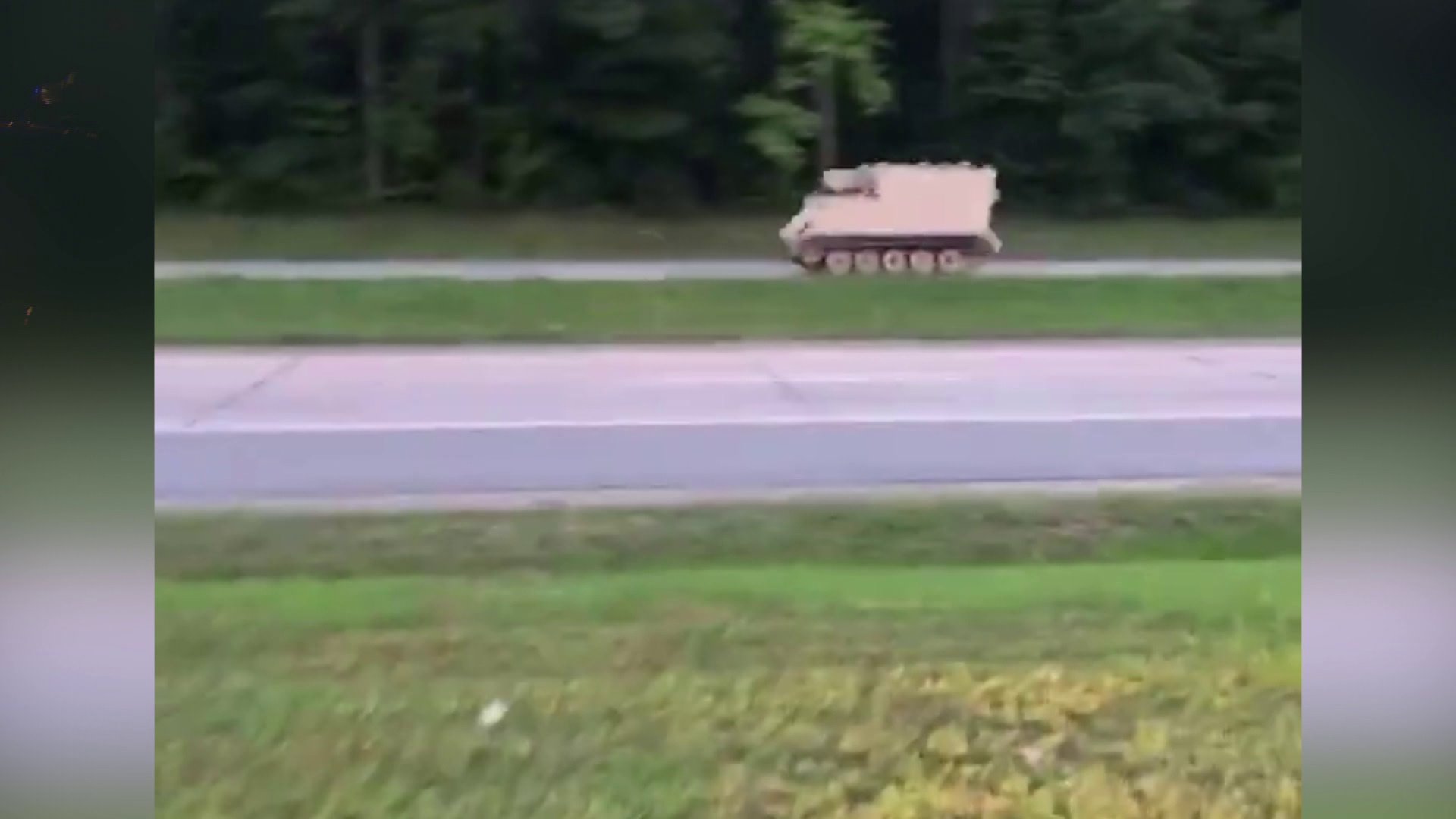 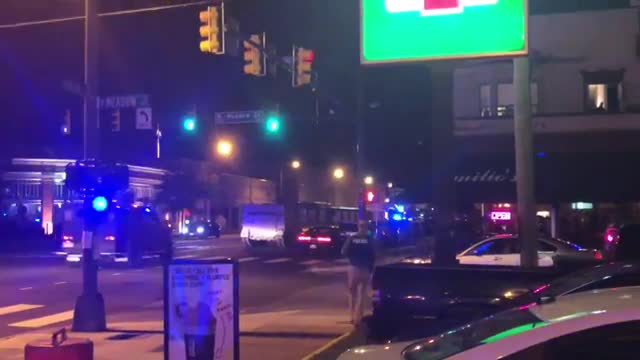 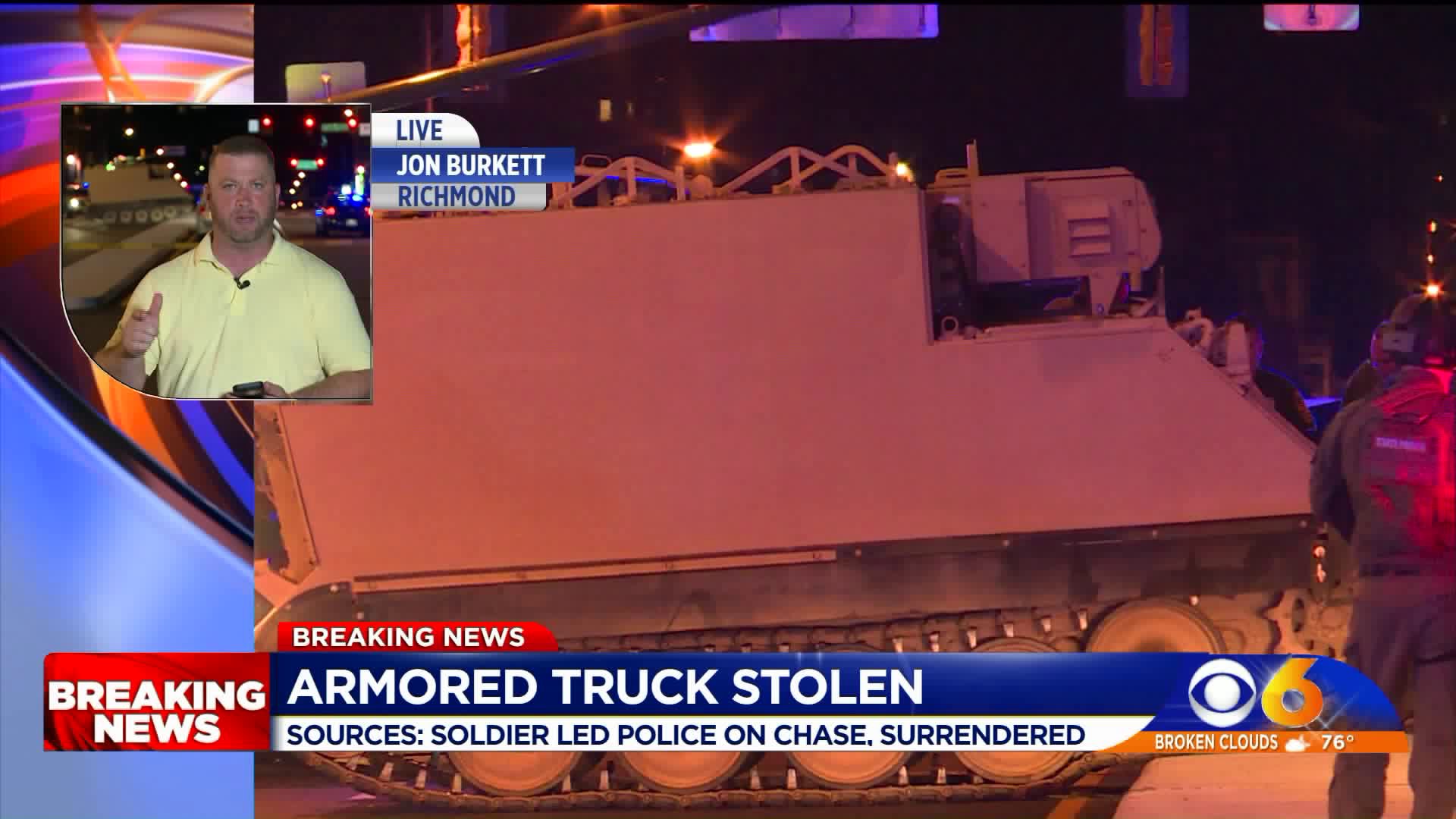 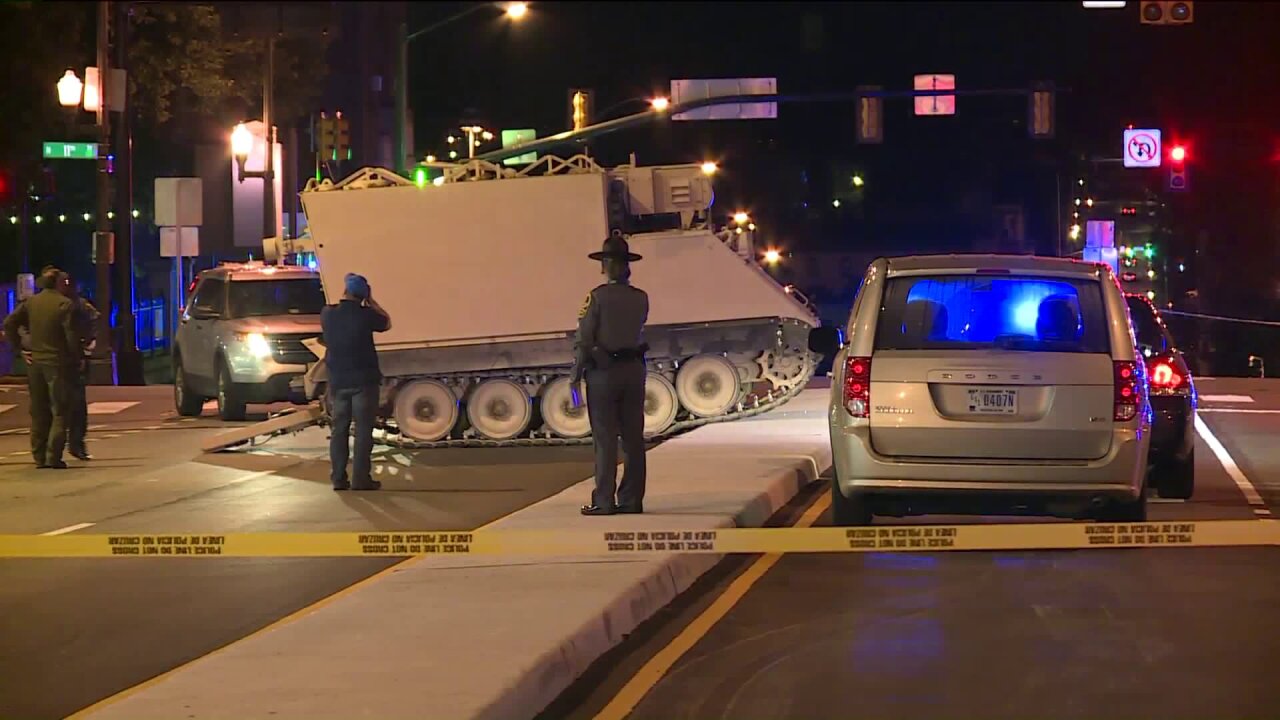 RICHMOND, Va. -- A man who fled in a stolen armored personnel vehicle from Virginia State troopers surrendered Tuesday night and is now in police custody, according to Virginia State Police.

The suspect was taken into police custody around 9:40 p.m.

The male suspect was Tased after not following troopers commands, according to State Police Sgt. Keeli Hill. Sources said he has been transported to VCU Medical Center with minor injuries.

Crime insider sources said the suspect, whose name has not been released, is a Virginia Army National Guard Lieutenant and lives in the Fan area of Richmond.

Sources added the Lieutenant is a commander with an engineering battalion at Fort Pickett.

CBS 6 senior reporter Wayne Covil reported the suspect stole the military vehicle from Fort Pickett and drove it from Nottoway County to I-85 to I-95 in Richmond.

State Police said at 7:55 p.m., they were notified that the vehicle, which is not equipped with a weapon, was taken from Fort Pickett, a National Guard base in Blackstone.

They pursued the vehicle after receiving the initial report and traveled along with it from Nottoway County to downtown Richmond.

The armored vehicle was driven at a maximum speed of about 40 mph, according to State Police.

There were no crashes or injuries involving the vehicle during the pursuit, police said.

This is INSANE! Someone has hijacked a “Tank-like” vehicle from Fort Pickett and just drove it by our apartment! This is on Broad Street in the Fan. pic.twitter.com/EYfhFux1dk

A witness, who saw part of the pursuit play on West Broad Street near VCU, said he knew something was wrong when he heard the thunderous sound of the military vehicle.

“It just seemed like something out of a movie. I heard a large vehicle, it sounded like a tank, but it was moving pretty fast,” said Brian Wingert.

Charges are pending against the driver while the investigation continues.