New details revealed about lawyer accused of bringing drugs to jail, having sex with inmate 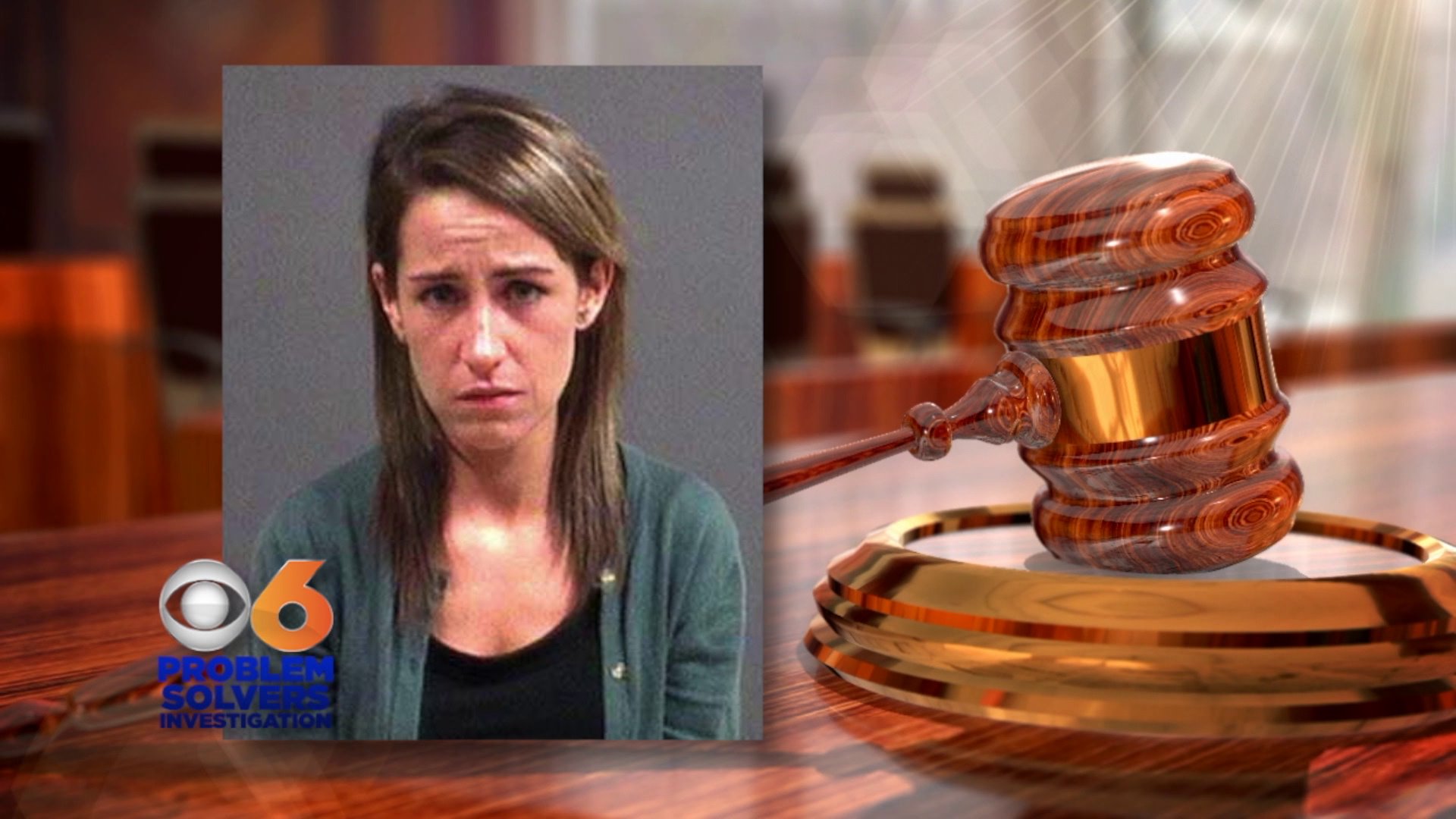 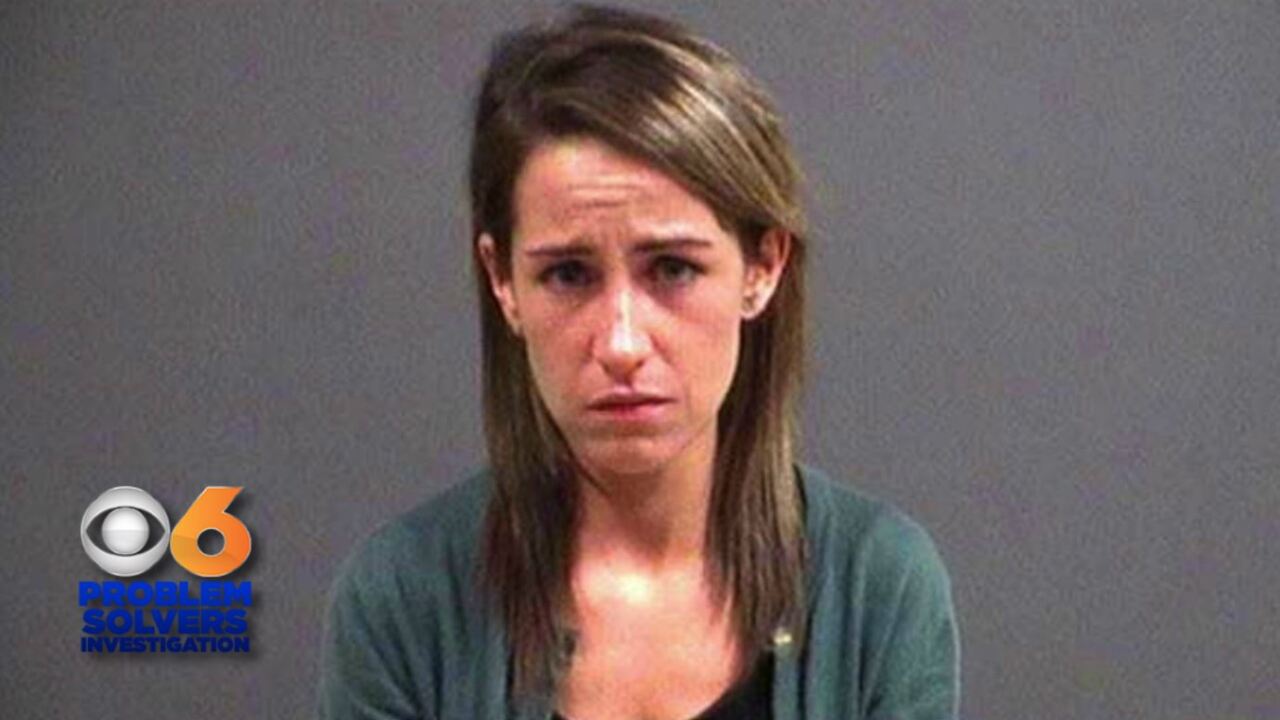 RICHMOND, Va. -- When University of Virginia law student Dana Tapper appeared on the Ellen Degeneres show in 2013, she talked about being the first person in her family to go to college, and how she did not want to work at a big corporate law firm when she graduated.

Instead, she said, she hoped to help those in the juvenile justice system.

"The only reason I went to law school was to work with kids," Tapper told Degeneres on national TV.

Degeneres rewarded Tapper for her passion by giving her $20,000 courtesy of Shutterfly.

Now, roughly five years later, Tapper was charged for allegedly giving an inmate at the Riverside Regional Jail a cell phone and drugs.

The Commonwealth's Attorney in Price George said the alleged incident happened in December 2017, and that the case remained under investigation.

While nearly all documents related to the case remain sealed, and the prosecutor declined to name the inmate, Crime Insider sources told CBS 6 that Tapper visited one inmate hundreds of times in jail, smuggled him drugs, and even had sex with him behind bars.

Although we don't know the name of that particular inmate, we uncovered records that showed what CBS 6 legal analyst Todd Stone called Tapper's "unusual" history of appearing in court for inmates she was not representing.

"It's understandable why there is an investigation, because investigations often begin when they see smoke, and they look for the fire," Stone said.

The first involved Karon Porter, who last year was found guilty of leading state police on a 2013 high speed chase.

That chase ended when Porter crashed into a car and killed a 73-year-old Marine veteran.

CBS 6 obtained a log from Riverside Regional Jail that showed Tapper made 38 professional visits to Porter over a year and a half.

Also uncovered, a November 2016 transcript from what was scheduled to be the first day of Porter's re-trial in Chesterfield. It showed Tapper showed up that day and asked to address the court, even though she was not Porter's attorney.

She said she had spent several hundred hours on Porter's case, many of them with Porter, and called his current counsel ineffective. She did not, however, request to become his attorney.

"I can usually meet with someone in an hour, and I get everything done, so we're talking several hundred visits on my timetable," Stone said.

Stone called spending so many hours with an inmate "highly unusual" outside of a capital murder case.

"And she's not even representing him, which is what makes it so odd," Stone said.

We also learned that Tapper raised some eyebrows in Henrico when she spoke as a witness on behalf of convicted felon and gang member Damian King.

King was in court for a bond hearing in September 2016 on charges he broke into a man's home and shot him.

Prosecutors said King's blood was found at the scene.

We listened to an audio recording of Tapper's testimony at his bond hearing.

She said she had met King through a friend that ran the Legal Aid Justice Center's RISE for Youth program.

Tapper said King worked for her at her law practice in Richmond, and described King as her right hand saying he was tapped into the juvenile network and gave her access to those clients.

King's attorney asked Tapper if she had any concerns about working with King going forward considering his current charges related to the shooting and Tapper answered: "absolutely not."

"There's nothing wrong with it, but it's not something you see very commonly," Stone said when asked if defense attorneys typically appear as witnesses for inmates.

He also said hiring a convicted gang member to work in your law office raised some concerns.

"It could be a potential danger zone to have someone like that working in the office," Stone said.

The judge ended up not granting King bond. King ultimately pleaded guilty in the case.

He now faces gun trafficking charges out of Brooklyn.

We contacted the Legal Aid Justice Center to find out if the organization had, in fact, introduced Tapper to King.

They said "no," and to their knowledge King had never been involved with their organization.

Henrico Deputy Commonwealth's Attorney Mike Feinmel said his office was aware of the apparent misrepresentation of facts to the court, and they are conducting an investigation.

Tapper is scheduled to go in trial in Prince George County in August.