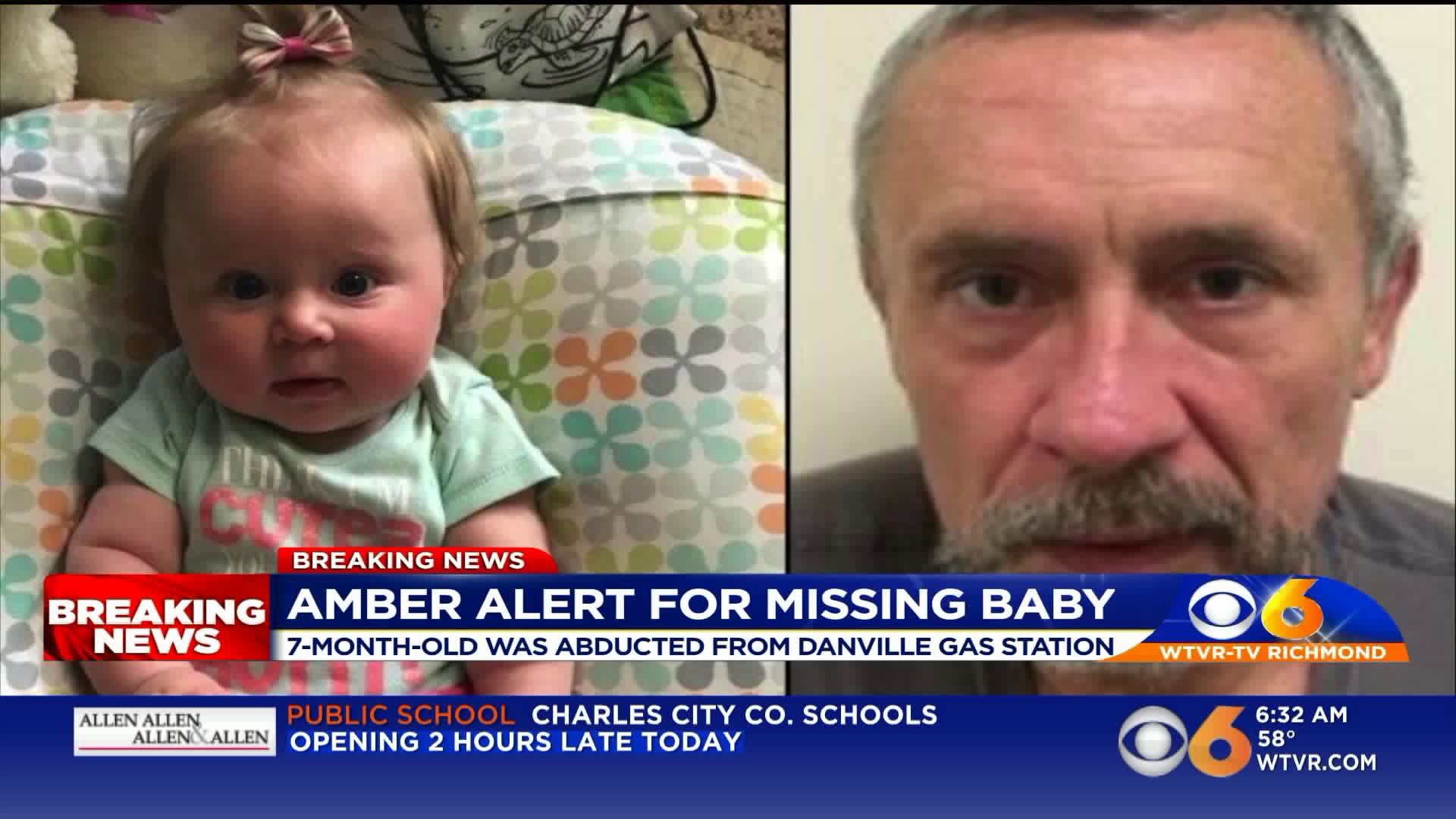 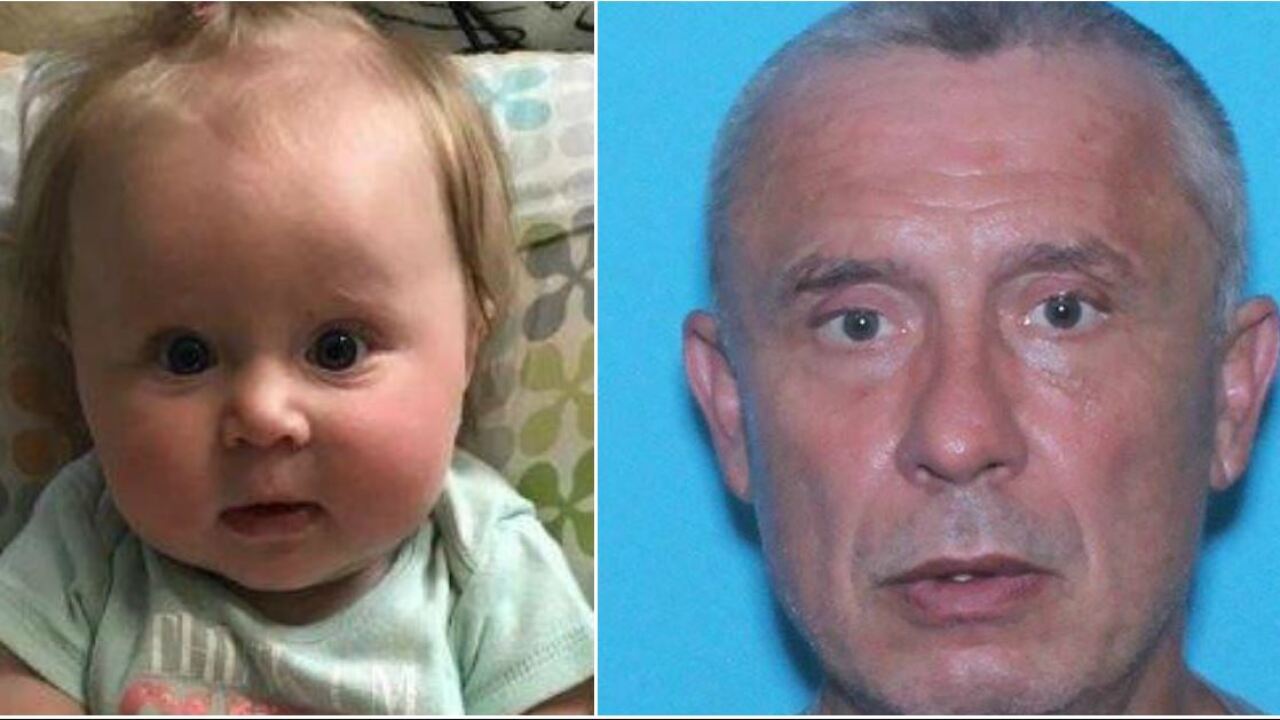 DANVILLE, Va. -- An AMBER Alert was issued for a seven-month-old girl after Virginia State Police said Emma Grace Kennedy was abducted by her father -- an armed sex offender -- from  a Danville gas station Sunday evening.

Emma Grace Kennedy is described as a white female, 2 feet 2 inches tall and weighing 18 pounds. She has blue eyes and short blonde hair. She was last seen wearing a light blue onesie.

Troopers said the child's abductor is believed to be her father, 51-year-old Carl Ray Kennedy.

Police said Kennedy, who is armed with a knife, assaulted the infant's mother before abducting the girl at the Kwik Stop on Riverside Drive in Danville at 7:55 p.m.

Virginia State Police say Kennedy was possibly spotted in the area of Seven Spring, North Carolina around 6:30 p.m. Monday. Investigators believe he may be headed to Oak Island, N.C.

Kennedy is described as a white male, 5 feet 8 inches tall and weighing 170 pounds. He has short gray hair and green eyes.

Officials said Kennedy has a number of tattoos: a skull on his left forearm, a wizard on his left upper arm, a skull with bandanna over its mouth on right his forearm and a pit bull with American bulldog written under it on his upper right arm.

Additionally, he has an eye tattoo on the back of his right hand.

Kennedy is a registered sex offender in North Carolina who was recently released from jail on drug distribution charges on a $250,000 bond.

The FBI is now assisting with the investigation.

SHARE on social media to SPREAD THE WORD!
36.597367 -79.397763
Copyright 2020 Scripps Media, Inc. All rights reserved. This material may not be published, broadcast, rewritten, or redistributed.