Giuliani: Trump can ‘probably’ pardon himself 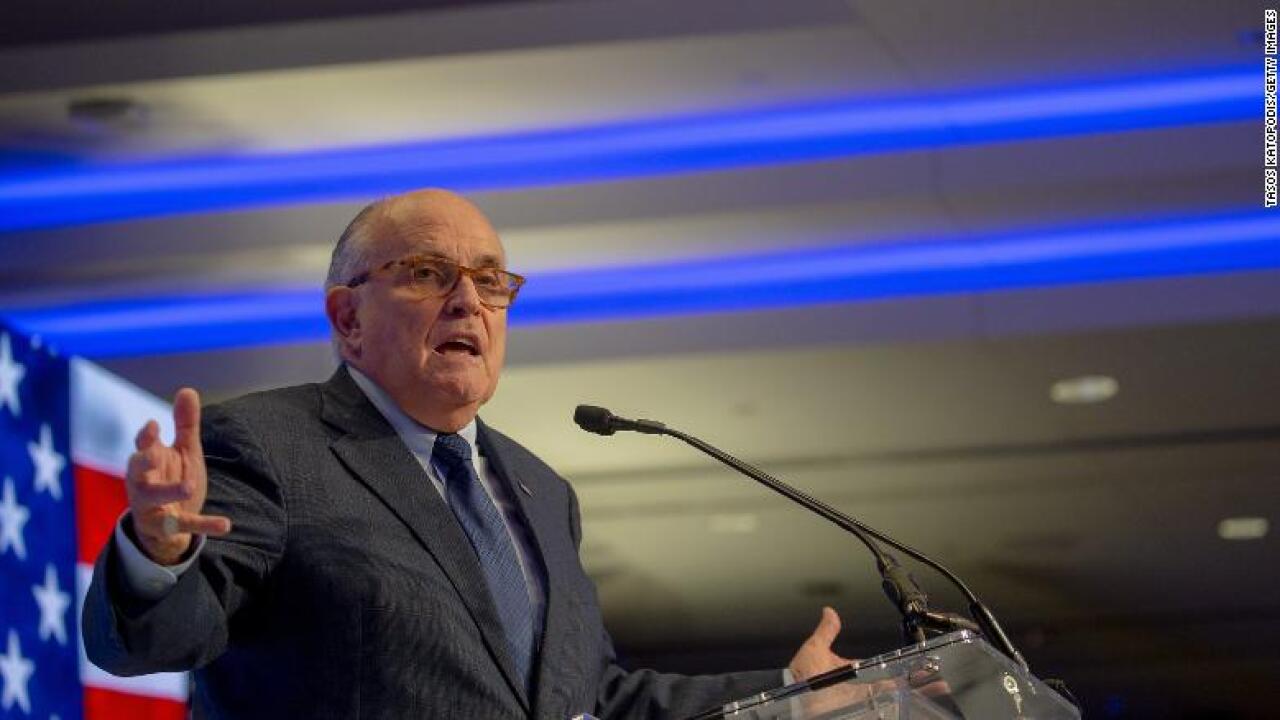 Former US attorney Preet Bharara said Sunday that it “would be outrageous” for a sitting president to pardon himself, which President Donald Trump’s lawyers appear to argue in a letter sent to special counsel Robert Mueller.

“I think (if) the President decided he was going to pardon himself, I think that’s almost self-executing impeachment,” Bharara, a CNN legal analyst, said on CNN’s “State of the Union.” “Whether or not there is a minor legal argument that some law professor somewhere in a legal journal can make that the President can pardon, that’s not what the framers could have intended. That’s not what the American people, I think, would be able to stand for.”

The comments come after The New York Times published a 20-page letter to special counsel Robert Mueller by Trump attorney Jay Sekulow and then-Trump lawyer John Dowd. They argue that the President could not possibly have committed obstruction in the Russia investigation because the Constitution empowers him to “terminate the inquiry, or even exercise his power to pardon if he so desired.”

Asked about the letter, Trump’s attorney Rudy Giuliani said on Sunday that the President is not going to pardon himself but “probably does” have the power to do it.

“He has no intention of pardoning himself,” Giuliani told ABC’s “This Week.” He added, “It would be an open question. I think it would probably get answered by gosh, that’s what the Constitution says, and if you want to change it, change it. But yes.”

Giuliani also said on NBC’s “Meet the Press” on Sunday that Trump pardoning himself is “unthinkable” and “would lead to probably an immediate impeachment.”

Bharara said on “State of the Union” that he doesn’t believe Giuliani’s assertion that the President isn’t considering granting himself a pardon.

“Rudy, just like Jay Sekulow, keeps coming up with things that end up being false. When he says the President is not contemplating something, I have no faith in that whatsoever,” he said.

In the letter to Mueller, which was sent in January, Sekulow and Dowd also acknowledged for the first time that Trump “dictated” a statement put out about his son’s controversial 2016 meeting with Russians at Trump Tower. The letter contradicts several public statements by Sekulow and also by White House press secretary Sarah Sanders, who said Trump “certainly didn’t dictate,” but rather “weighed in, offered suggestion like any father would do.”

“Sekulow said time and time again directly into the faces of the American people on television — Sarah Huckabee Sanders did the same thing — and said in no uncertain terms, if you go back and look at the statements. There’s no wiggle room here,” Bharara said. “They said the President had nothing to do with that statement by Donald Trump Jr., and didn’t draft it, didn’t sign off on it and it turns out that is completely untrue.”

On “This Week,” Giuliani said he thought Sekulow was wrong in saying that the President dictated the statement.

“I don’t know that Jay — Jay would have to answer that, and I, I’ve talked to him about it,” Giuliani said. “I think Jay was wrong, I mean, this is — this is the reason you don’t let the president testify. If, you know, every, our recollection keeps changing, or we’re not even asked a question and somebody makes an assumption, in my case, I made an assumption and then I, then, then we corrected, and I got it right out as soon as, as soon as, as soon as it happened. I think that’s what happened here,” Giuliani said.

He added that he is still leaning against recommending that Trump do an interview with Mueller, but “we want to keep an open mind” if the special counsel can keep it brief and to a narrow set of topics.

On “State of the Union,” House Majority Leader Kevin McCarthy, R-California, said he doesn’t think a president should pardon himself or herself.