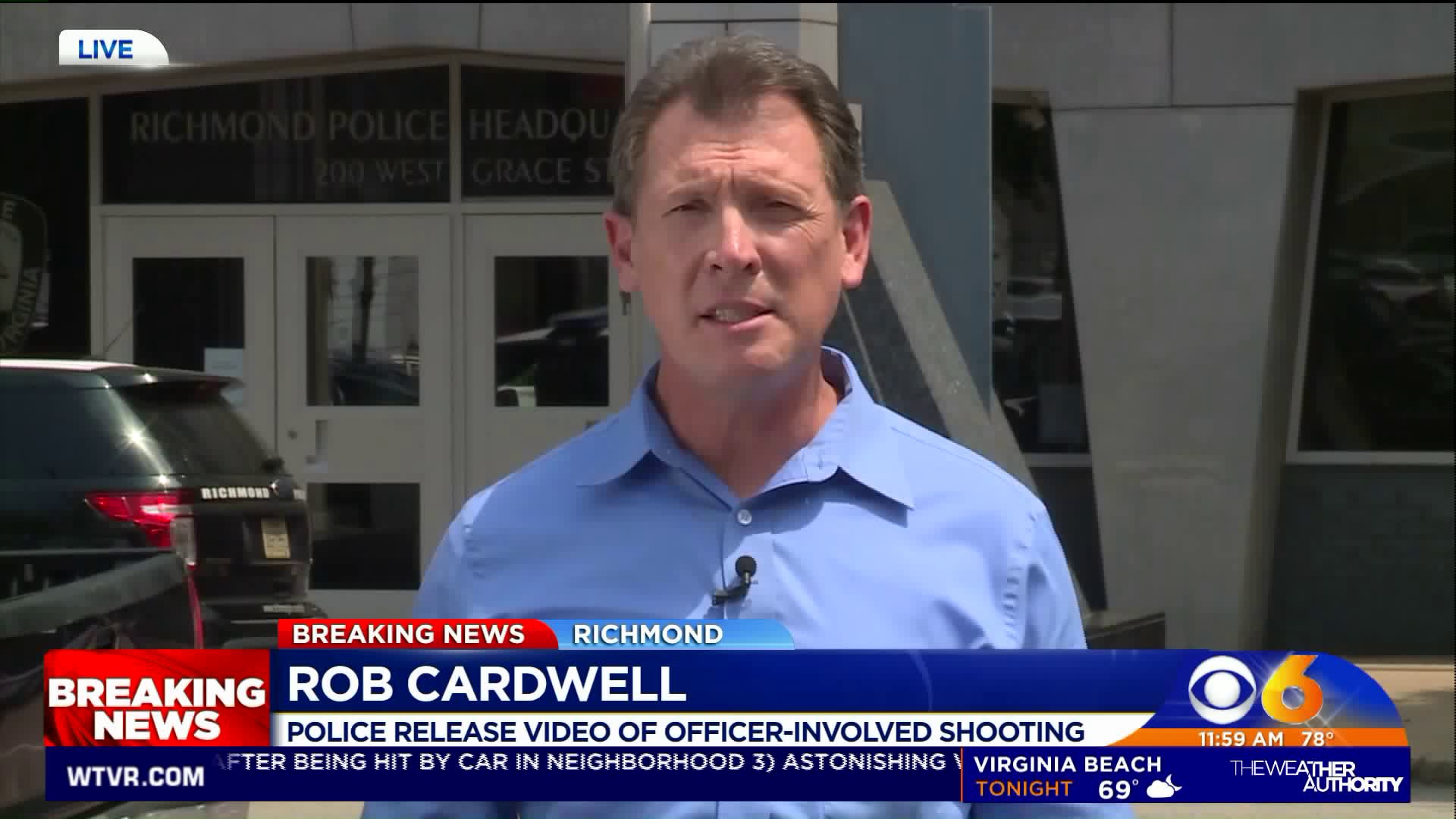 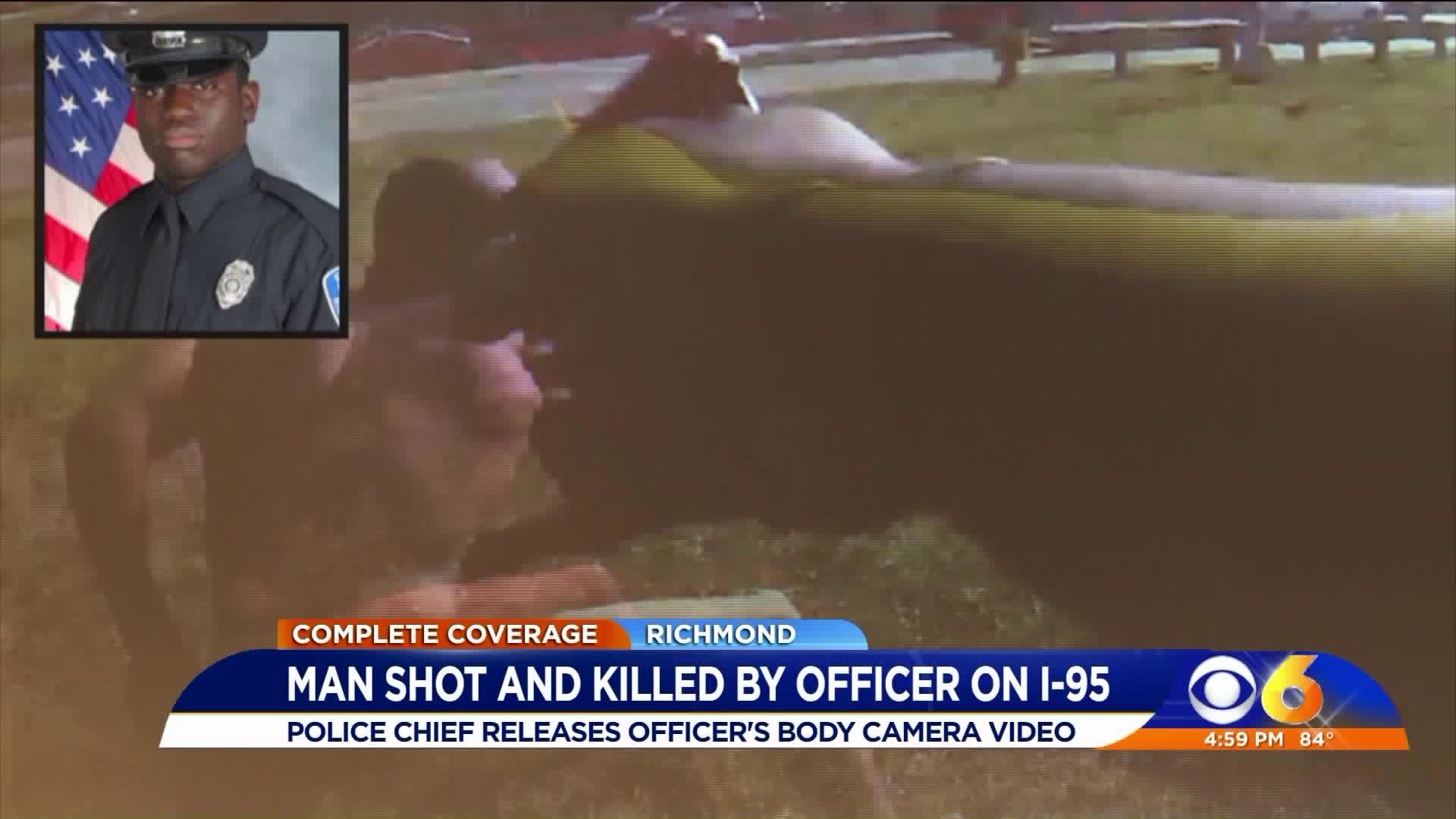 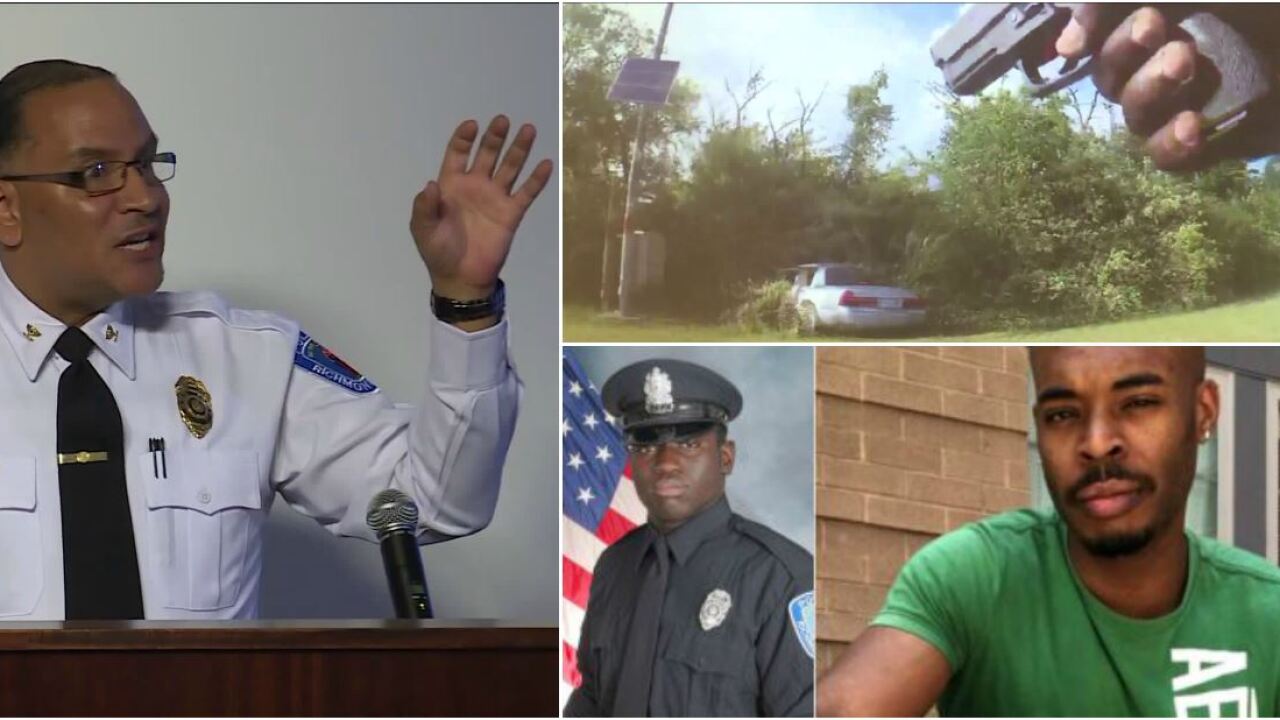 Chief Durham said he broke department protocol and released the video amid the investigation, so the public could see what happened during the May 14 incident and stop spread of falsehoods on social media.

"We are wearing a lot of hats and when incidents like this happen and folks want to beat us up over it, it hurts. It hurts the morale of my officer. It hurts me," Chief Durham said.

The police body camera video showed Peters charge and threaten to kill Officer Nyantakyi after the officer used a Taser in an attempt to subdue Peters.

“I only wish we could have helped Mr. Peters like we do with so many people each and every day,” said chief Durham. “Unfortunately, this situation didn’t turn out that way.”

"We want a fair and thorough investigation," the chief said. "Do not pass judgement and if you have, shame on you!"

“We could not help him that day, and for that, I am truly sorry,” said Durham Friday afternoon.

"It’s always tragic when we lose a life in the city, and the death of Marcus-David Peters is no exception," Richmond Mayor Levar Stoney said. "I appreciate Chief Durham’s commitment to transparency this morning with the release of the unedited body-worn camera video footage, and I expect the Richmond Police Department and all relevant authorities to complete a thorough investigation and to release their findings once all the facts are known. In the meantime, I ask the Richmond community to continue to keep the Peters family in their thoughts and prayers during this difficult time."

The Day Marcus Peters Was Shot

Blanding said her brother taught biology at Essex High School where she works as an administrator.

"I was looking for him at the end of the day, and I couldn't find him, and I went up to his room multiple times, and he wasn't there," Blanding said.

She said she believed he left the school around 4 p.m. and went to the home he shared with his girlfriend.

"She did say that he had come home briefly, they had spoken, greeted each other and he told her he needed to go to The Jefferson. He was due to come back home to return a textbook," Blanding said.

The girlfriend told CBS 6 reporter Melissa Hipolit that Peters told her he loved her and would be back, he just needed to talk to a co-worker at The Jefferson Hotel, where he worked security on weekends.

"Nobody has told us what has transpired during the time he was at The Jefferson Hotel. There's a lot of unanswered questions and missing puzzle pieces that we will continue to fight for," Blanding said.

Sources told CBS 6 Peters arrived at The Jefferson without a shirt and was acting strange.

They said police were called, but before officers arrived Peters left the hotel, took off his clothes, got in his car, and drove off.

Peters was then observed driving a sedan that struck another vehicle at the intersection of W. Franklin and N. Belvidere Streets, according to the Richmond Police Department.

Peters fled the scene in his vehicle, and a Richmond Police officer pursued Peters north and onto the I-95 on-ramp, police said.

Peters lost control of his vehicle after he struck two other vehicles on the on-ramp, police added, then emerged from his disabled vehicle, and ran into the northbound lanes of I-95. He was not wearing any clothes, according to police.

Peters ran back towards the on-ramp and charged the Richmond Police officer, who deployed his Taser in an effort to disable Peters, police said.

It proved ineffective, so the officer fired his service weapon, striking Peters.

Peters was transported to the hospital where he later died.

“We are all deeply affected by what happened here – by the loss of life,” Richmond Police Alfred Chief Durham said following the shooting. “Our officers do not take the use of deadly force lightly. I think it’s important to remember that being naked does not remove a threat. So far, the eyewitness accounts we’ve heard have been consistent: our officer tried using verbal commands, then used non-lethal force first by deploying his Taser before using his service weapon.”