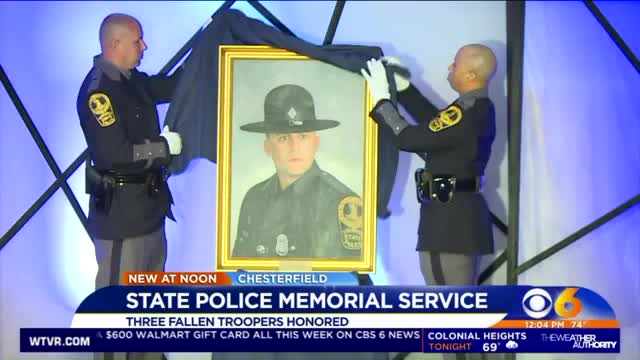 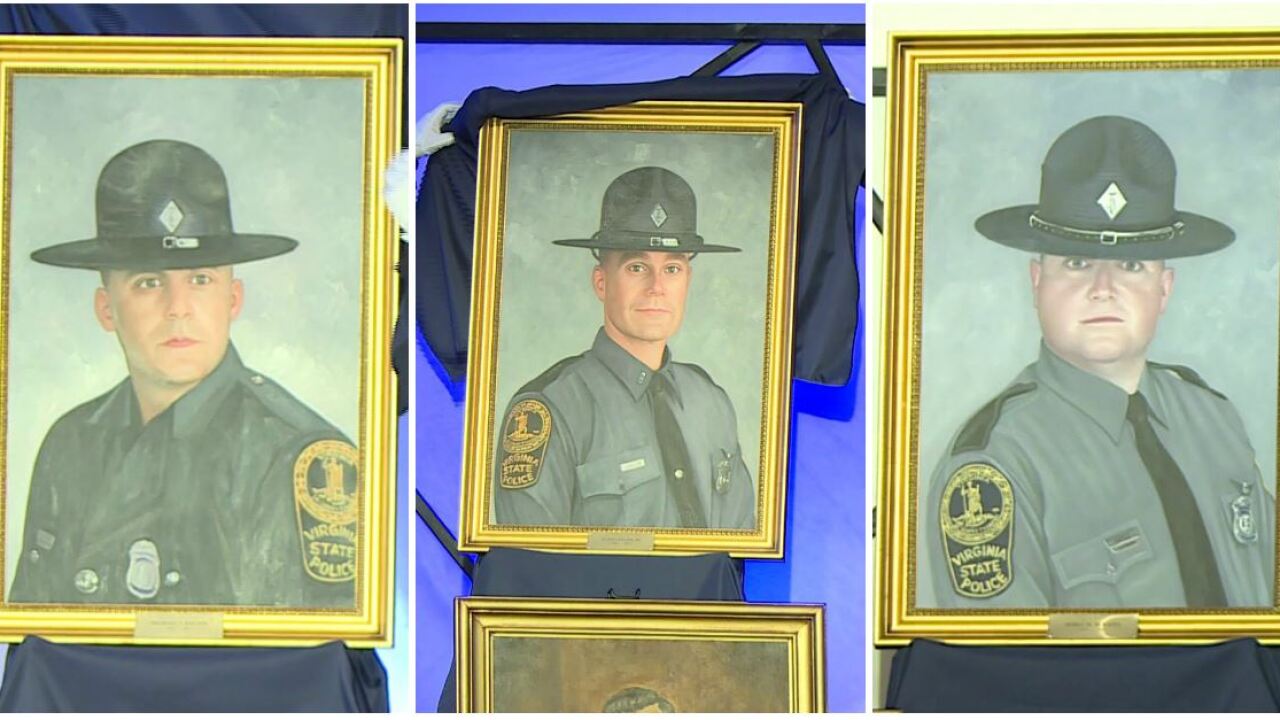 CHESTERFIELD COUNTY, Va. -- The portraits of three Virginia State Police troopers killed in the line of duty in 2017 were unveiled during a memorial service Tuesday morning in Chesterfield.

Law enforcement officers, their families, and the public filled the New Life Outreach Church on Turner Road to remember and honor the fallen heroes.

Special Agent Walter was shot and killed in Richmond's Mosby Court on May 26, 2017. Lt. Cullen and Trooper-Pilot Bates were killed when their helicopter crashed in Albemarle County after the "Unite the Right" rally on August 12, 2017.

Retired Colonel W. Steven Flaherty served as the keynote speaker calling on families to not only grieve such great losses, but also to honor the fallen.

Lt. Cullen's son Ryan said since the tragedy there has been support along the way.

"You're never alone in an event like this. There'll always be people with you across the country and across the Commonwealth here. It's nice to know you're not alone in this and there are people supporting you as you go," he remarked.

The Cullen family was able to preview the portrait prior to the public unveiling.

Cullen's 18-year-old son, who will soon graduate high school and start his freshman year at Virginia Tech in the fall, said he wanted people to remember his father as a family man.

"I want people to know him as the quiet family man that he was," Ryan said. "How he appreciated his kids and loved his wife. How much of a family-oriented person he was, how much he loved his job and loved helping others."

A special tribute was given to the following 15 troopers in which 2018 marks a significant anniversary of their passing:

Each tribute included a single bell toll and an Honor Guard salute.