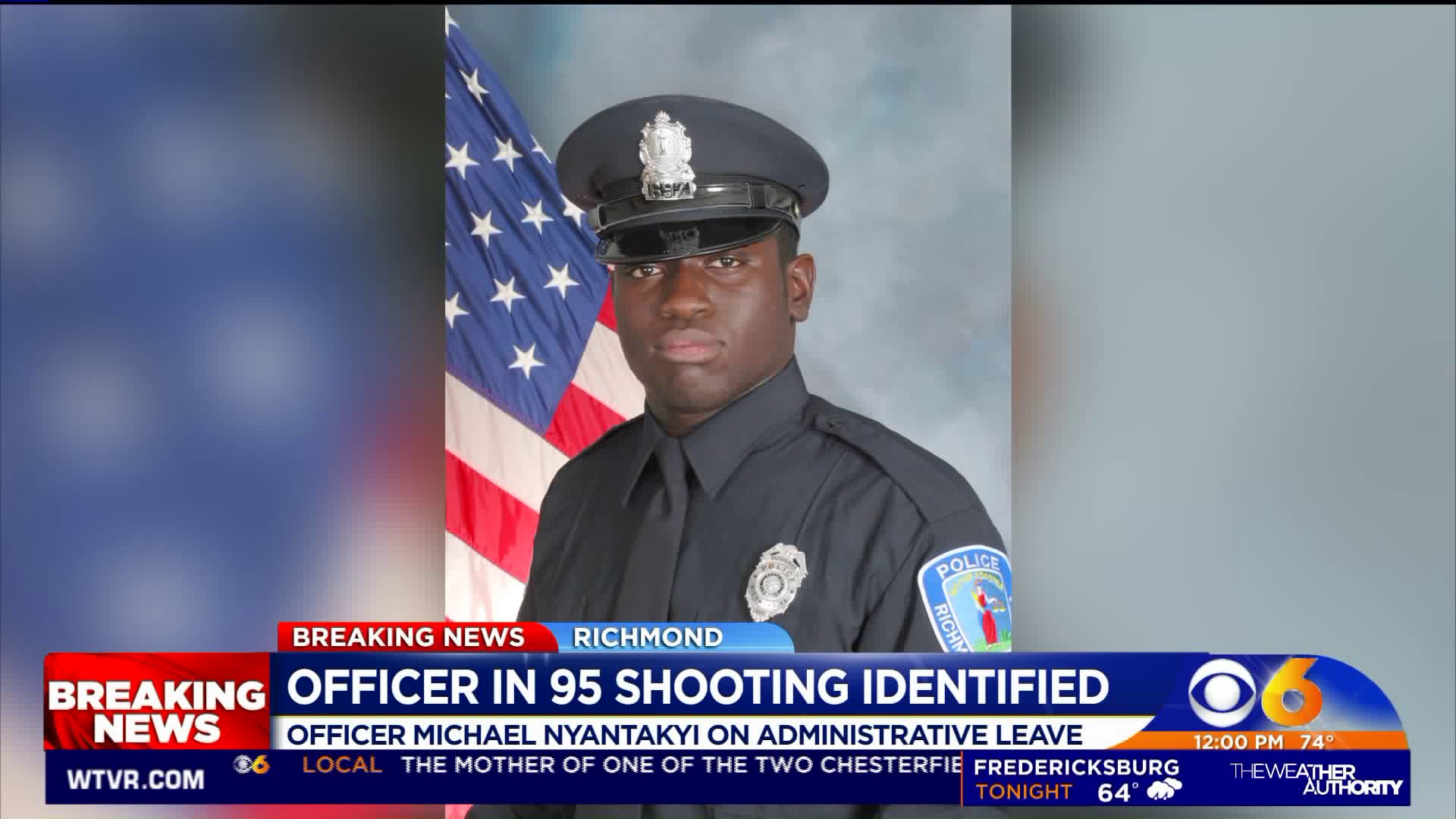 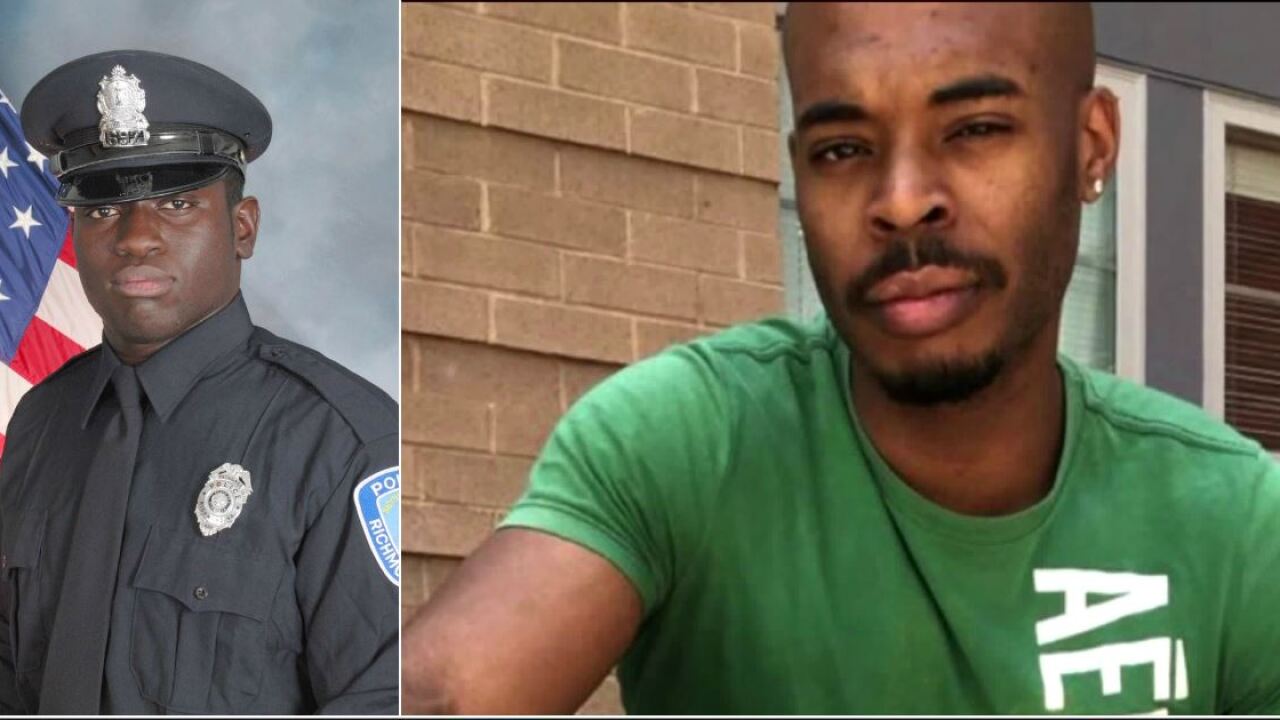 RICHMOND, Va. -- The Richmond Police officer who shot and killed an unarmed man on Interstate 95 Monday evening was identified by police as Officer Michael Nyantakyi.

Nyantakyi, a ten-year veteran of the Richmond Police Department, remains on administrative leave while police investigate the shooting, according to a Richmond Police spokesperson.

Peters was observed driving a sedan that struck another vehicle at the intersection of W. Franklin and N. Belvidere Streets, according to the Richmond Police Department. Peters fled the scene in his vehicle, and an Richmond Police officer pursued Peters north and onto the I-95 on-ramp.

Police said that Peters lost control of his vehicle after he struck two other vehicles on the on-ramp, emerged from his disabled vehicle, and ran into the northbound lanes of I-95.

He was not wearing any clothes, according to police.

Peters ran back towards the on-ramp and charged the Richmond Police officer, who deployed his Taser in an effort to disable Peters, police said.

It proved ineffective, so the officer fired his service weapon, striking Peters, who was unarmed.

Peters was transported to the hospital where he later died.

“We are all deeply affected by what happened here – by the loss of life,” Richmond Police Alfred Chief Durham said following the shooting. “Our officers do not take the use of deadly force lightly. I think it’s important to remember that being naked does not remove a threat. So far, the eyewitness accounts we’ve heard have been consistent: our officer tried using verbal commands, then used non-lethal force first by deploying his Taser before using his service weapon.”

The Department’s Force Investigation Team (FIT) is investigating the shooting.

Detectives are interviewing the officer and other eyewitnesses to the shooting. They will also review the officer’s body-worn-camera video and any other video or photographs that can be located.