Family says man shot on I-95 ‘did not need a bullet, he needed help’ 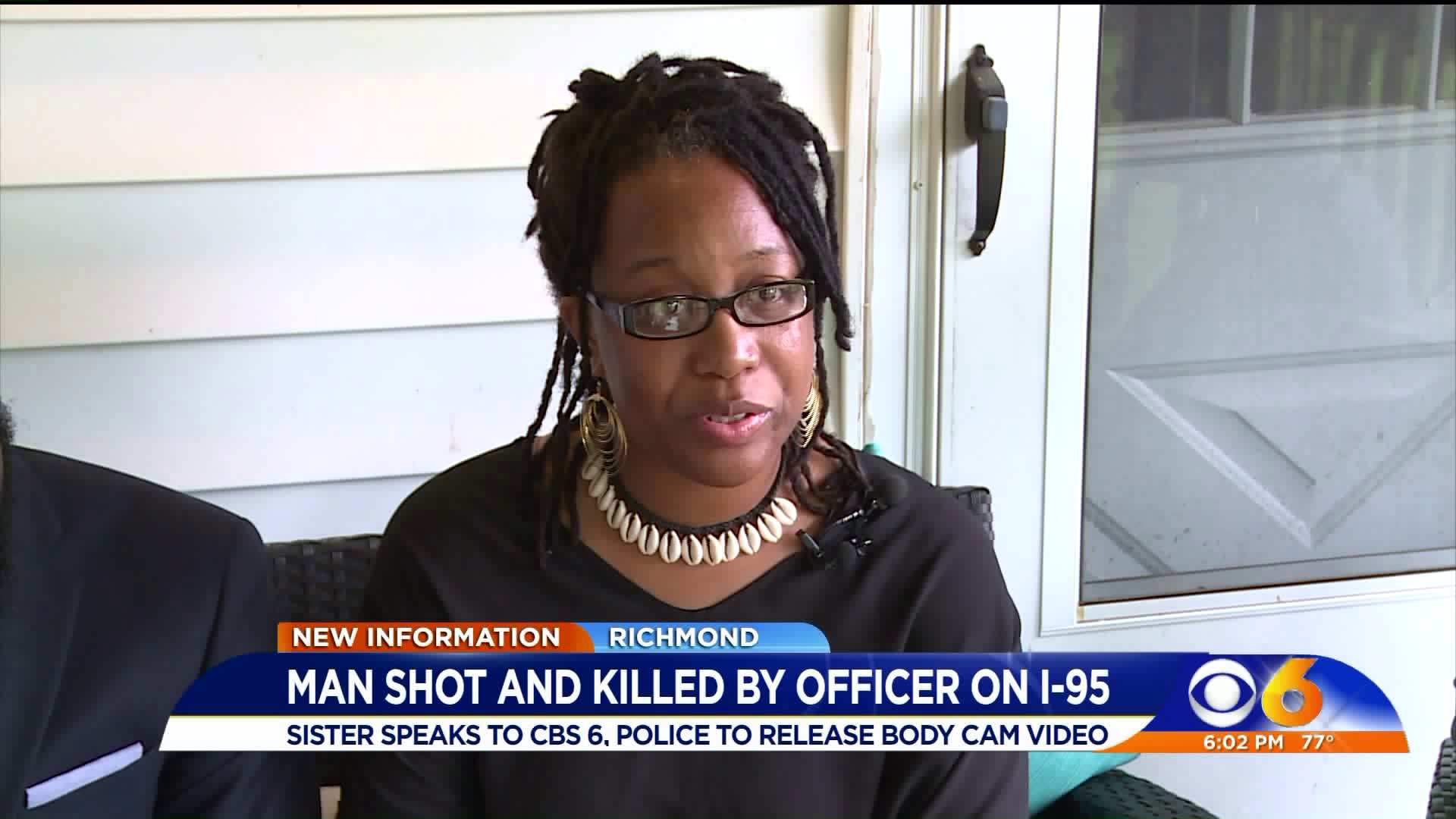 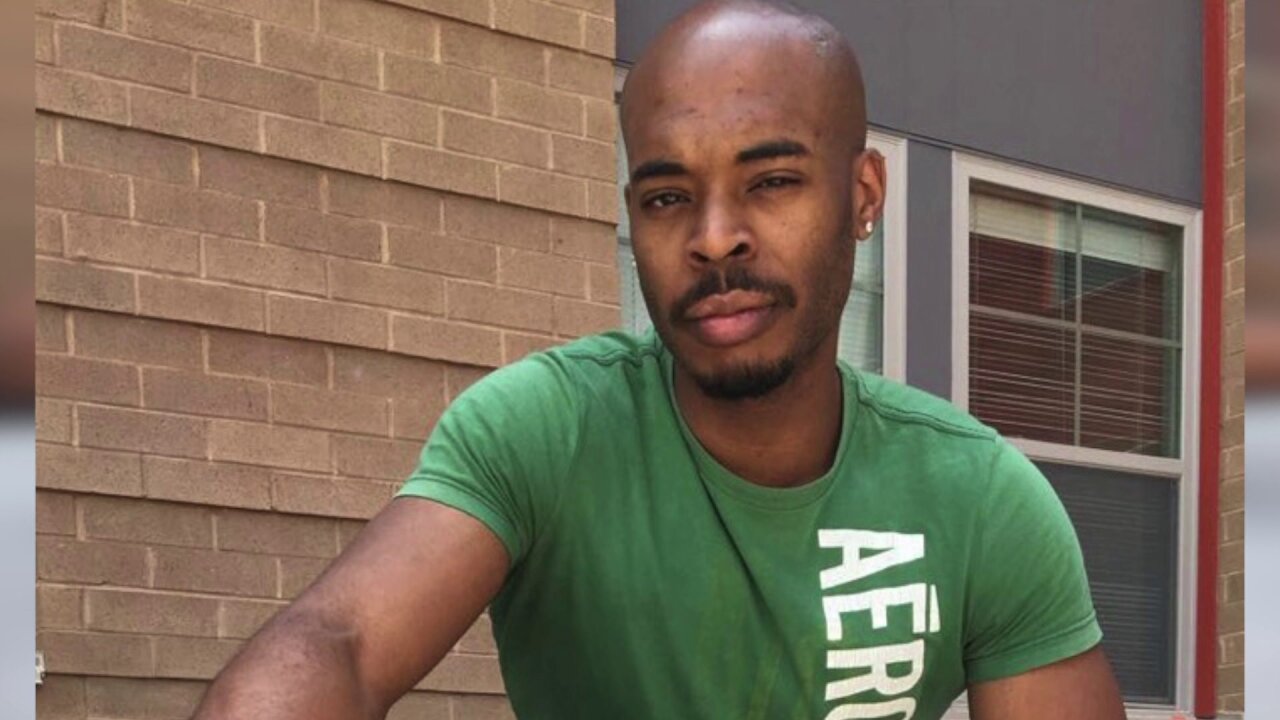 RICHMOND, Va. – The sister of the biology teacher shot by a Richmond Police officer on Interstate 95 said that there are too many unanswered questions and that her brother’s behavior was completely out of character.

She said officers didn`t have to kill him and that it was “definitely was a choice.”

The 24-year-old VCU honors grad died hours after he was shot by Richmond Police Officer Michael Nyantakyi, a 10-year veteran of the force.

“Marcus was unarmed, yet a police officer found it was necessary to use deadly force and kill my brother,” Blanding said.

Blanding said there are too many unanswered questions about the shooting that happened on I-95 in the city. Police said her brother, who emerged from the vehicle undressed, charged at an officer and was shot after a Taser didn`t stop him.

“Marcus was in distress. He did not need a bullet, he needed help,” Blanding said. “He needed help and the opportunity to be able to get himself together and try again so he could continue on with his goal to help others.”

Blanding said her brother an Essex High School biology teacher dedicated his life to helping others, and his behavior was completely out of character.

She said that Peters worked his regular school shift that day and that no one suspected anything was wrong.

He then returned to his home in Henrico where he told his girlfriend he had a meeting at his part time security job at the Jefferson Hotel.

Blanding said she has no idea what caused her brother to hit several cars and flee from police. and she doesn`t know if any medicine or drug prompted the incident.

“Clearly he wasn`t in his right frame of mind, but it did not warrant him to be killed,” Blanding said. “It didn`t and there`s nothing the police department can say to change my mind.”

She said her family has requested to see police body camera video, dash cam video and the police report.

Chief Alfred Durham said his department has been in regular contact with Peters` mom since Tuesday and has offered her family a chance to view the video whenever they are ready, and to answer whatever questions he`s able to answer.

Durham also said that this is an ongoing investigation and it takes time to line up all the facts.

“My primary concern during this difficult time has been for the family and for my officer,” Durham said. “They remain greatly affected by this tragic loss of life. Showing the complete, unedited video to the family will allow us to provide a greater understanding of the circumstances that led to the use of deadly force.”

Richmond Police also said that police will release the body-worn camera video during a news conference with the media and review the department’s policies and training covering the use of deadly force.

“I want to clear the air and set the record straight,” said Chief Durham. “There is so much misinformation out there right now. The facts are what should matter, here.”

“The Richmond Police Department has worked hard to develop trust with the community,” said Chief Durham. “I hope that by releasing this video we can maintain that positive relationship.”

A date and time for the news conference will be scheduled after meeting with the family.

The Department’s Force Investigation Team (FIT) is investigating the shooting. Detectives are interviewing the officer and other eyewitnesses to the shooting. They will also review the officer’s body-worn-camera video and any other video or photographs that can be located.

Students struggle with loss of teacher

Essex County High School students carried white flowers as they faced rough news that their beloved teacher had died. On Wednesday, hand-written notes continued to stack up on Peters' classroom door where he taught biology.

“Fly high Mr. Peters, Rest in Peace, guide us through high school and we will make you proud,” read one note.

Senior Mekayla Hackett said it was a tough day, but school leaders and students all leaned on each other.

They passed out white flowers to students in his memory.

Hackett said she and others choose to remember their teacher in a positive way.

“He was a blast, always with a smile,” Hackett said. “He was hilarious and any way that he could make teaching fun, he would.”

“He would always encourage us, he wouldn't let us fail,” she added.

Peters was chosen as the class speaker for Middlesex High School graduation in 2011. He told his fellow graduates at the time that the trying times of life “will only make us stronger individuals,” according to the Sentinel.

“Each and every one of you has something special to offer the world. You have your own unique gift. We are all assets to society,” Peters said at the time.

One friend and former boss told CBS 6 Peters was the most kind and genuinely good person he ever worked with.