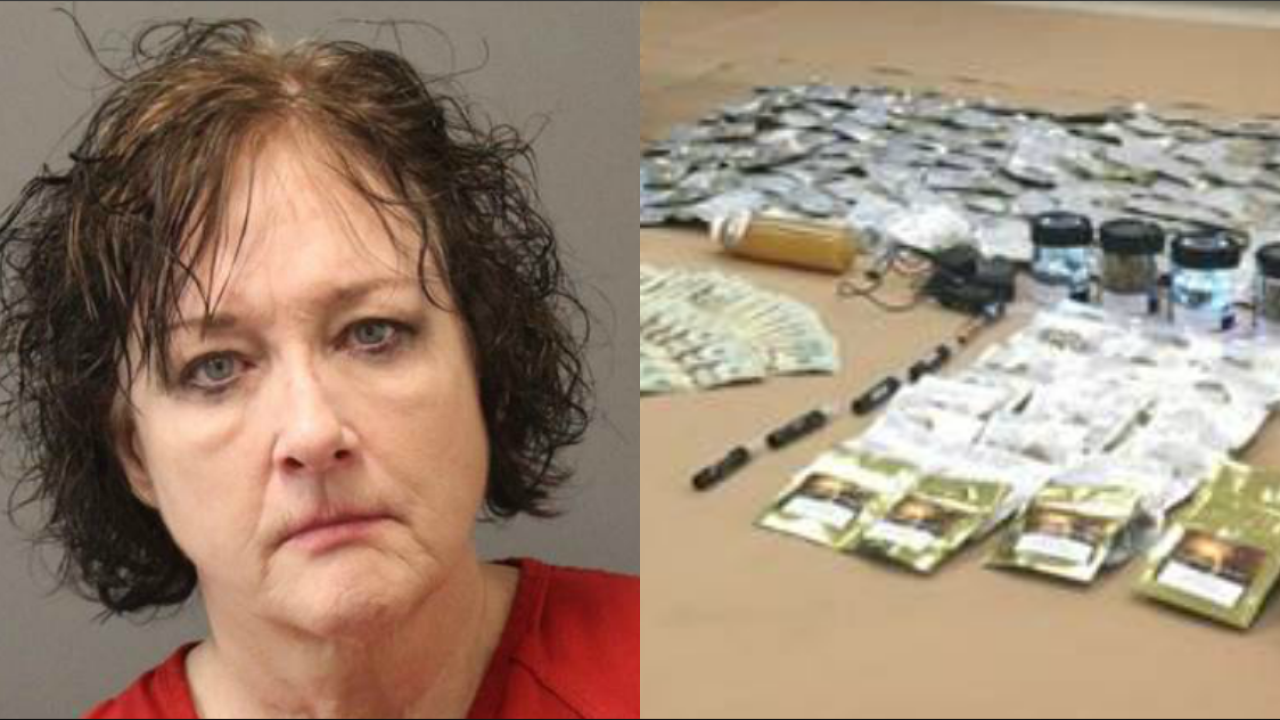 LOUDOUN COUNTY, Va. — A bizarre chain of events led to the arrest of a 56-year-old West Virginia woman after deputies allegedly found “suitcases with narcotics” in her car in northern Virginia in March.

Officials with the Loudoun County Sheriff’s Office said Lisa M. Polk, of Capon Bridge, W.Va., was driving along Route 7 near Round Hill on March 22 when she stopped for deputies directing traffic because of a downed utility line.

“Polk was asking for directions from a deputy who determined she was possibly under the influence of alcohol,” officials said.

Sheriff’s office officials said a deputy found an open container of alcohol in Polk’s vehicle, before making another shocking find.

Polk was charged with felony possession of marijuana with intent to distribute and public intoxication.

She was released from the Loudoun County Adult Detention Center on a secured bond.