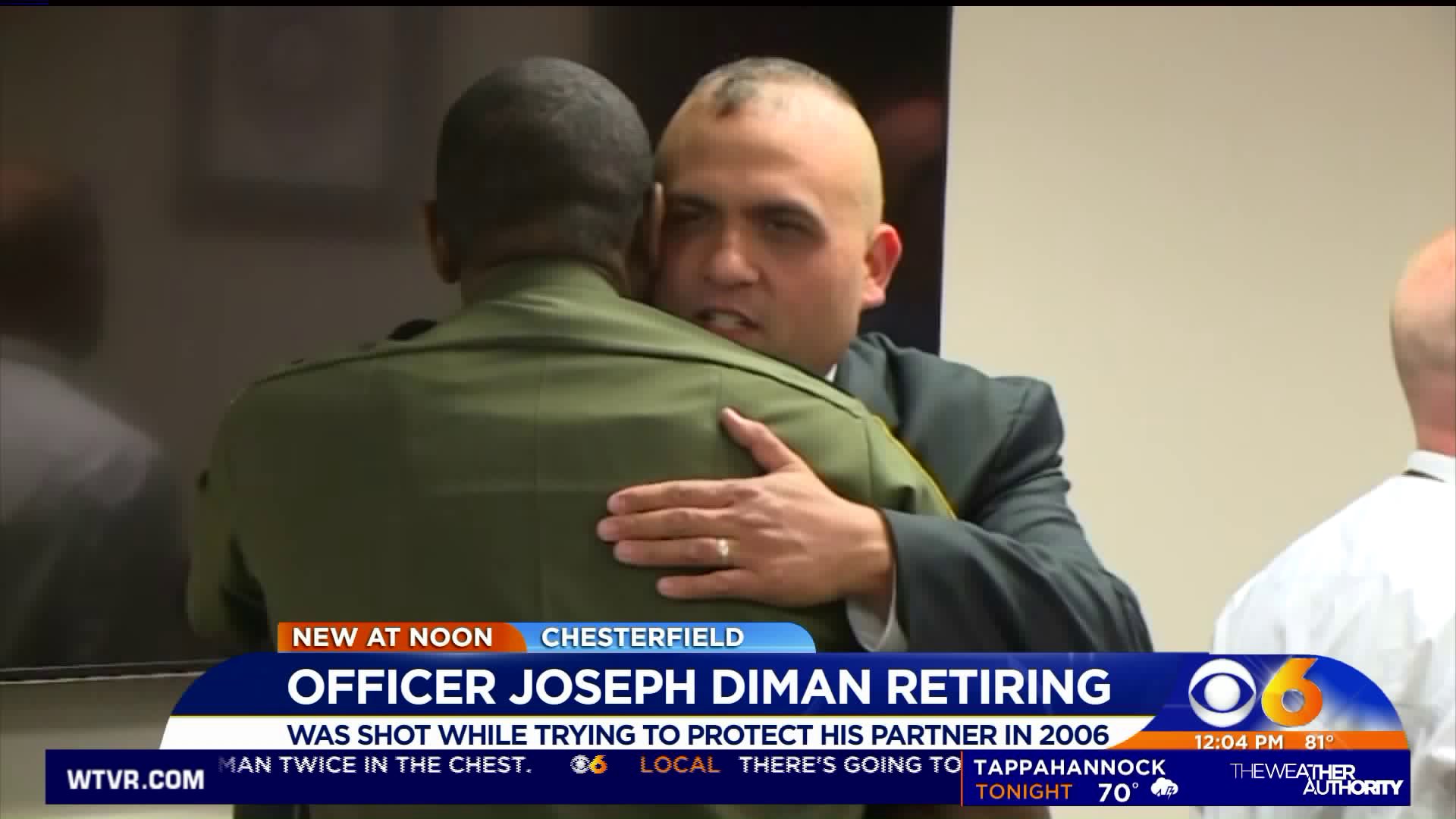 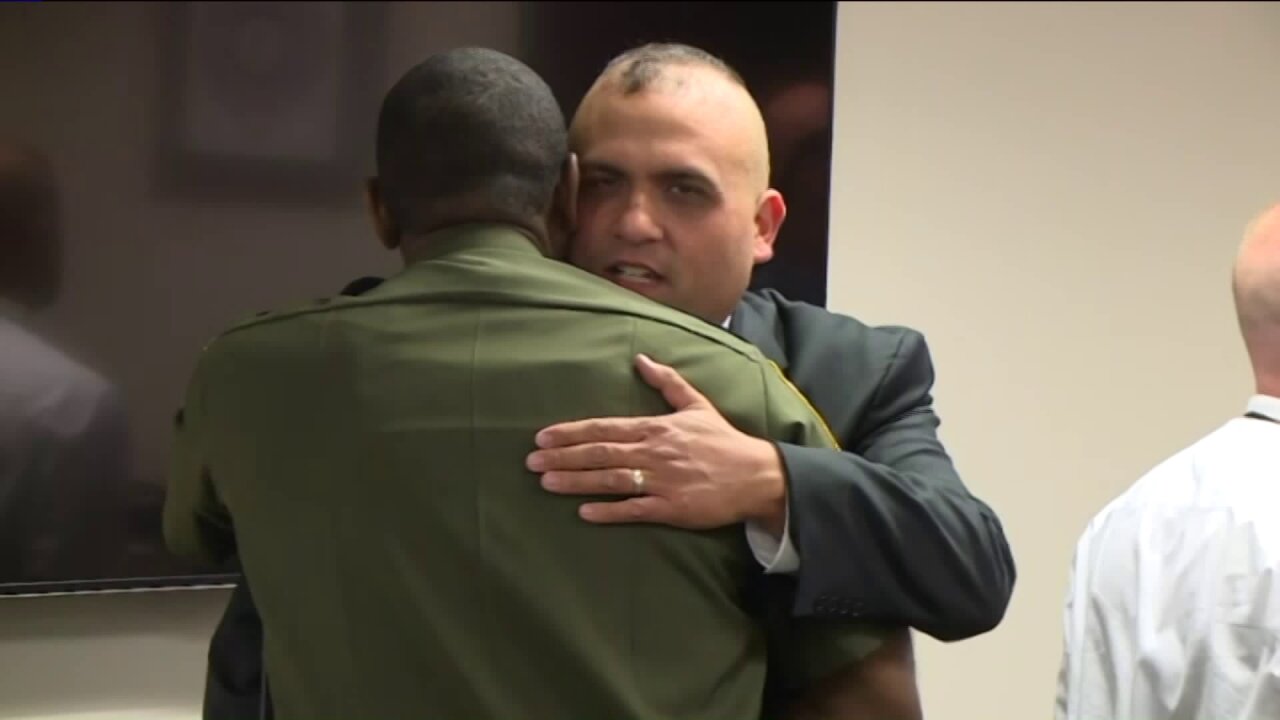 CHESTERFIELD COUNTY, Va. -- The retirement ceremony for Chesterfield Master Officer Joseph Diman was emotional, as friends and family reflected on his achievements after a decade on the Chesterfield Police force.

"To see everybody come out and all of the people that have been here over the years for me, to be able to say thank you to them," Officer Diman said. "It’s been very difficult, 12 years after what happened."

On May 4, 2006, Officer Diman and his partner Gary Buro responded to a domestic call in Chesterfield.

"We entered this residence and attempted to speak with a male party there and he produced a firearm and opened fire on us, tragically killing my partner," Diman said.

While Diman survived five gunshot wounds, the trauma from that call remained.

"It’s not something you just get over, especially if you have physical injuries,” he said.

Tuesday he said his goodbyes and hugged his brothers in blue.

His sights now are set on his next chapter of life.

"[I will] take care of my kids for the time being and I'm going to try and find another service profession," he said. "I want to be involved in the law enforcement community, as far as helping to care for officers specifically those who have experienced a critical incident."

"He did well," Chief Katz said about the officer's time as a Chesterfield Police Officer. "Everybody wonders how they’re going to perform if they’re tested. He’s a hero and it was an honor to recognize him today."

Chief Katz said the ballistic armor that saved Officer Diman in 2006 is now hanging at the Chesterfield Police Academy.