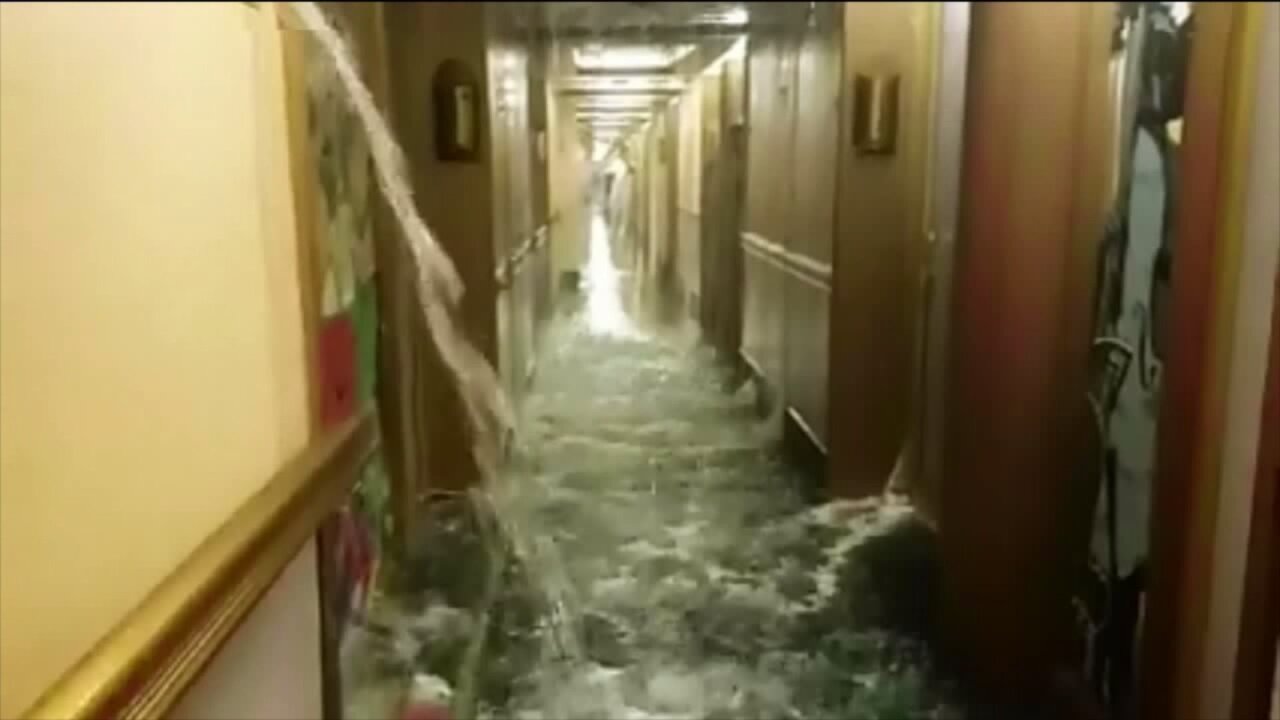 NEW ORLEANS --   Some of the passengers on the Carnival Dream had to deal with water gushing down a hallway and  crew members forming a human chain to bail the flood into buckets. Some of those passengers said they ended up sleeping on yoga mats in the ship's spa.

One passenger, Marla DeAnn Haase, posted pictures and video to Facebook of conditions on the ship Thursday, WGNO reported.

Carnival spokeswoman Annemarie Matthews said the the ship left New Orleans April 29 for a seven-day cruise of the Western Caribbean.

But on Thursday, a broken water line in the sprinkler system sent "clean" water into about 50 cabins on Deck 9. Matthews says those guests who were "impacted" by the flooding will receive a full refund, plus half off a future cruise.

Still, some passengers might pass on the offer. Besides having to sleep on a yoga mat, Haase described a small fire in the sleeping area which she believed was caused by one passenger's "cpap" breathing apparatus shorting out in the damp conditions.

Jefferson Parish Councilman Chris Roberts told WGNO that his parents are on the cruise. Roberts said his brother spoke to their parents, who described an "out of control" situation Thursday evening. But Roberts says his parents' room was not affected by the water and they opted not to leave the ship in Cozumel, where passengers were allowed to disembark if they didn't want to finish the cruise in New Orleans.

The ship returns to port in New Orleans on Sunday.