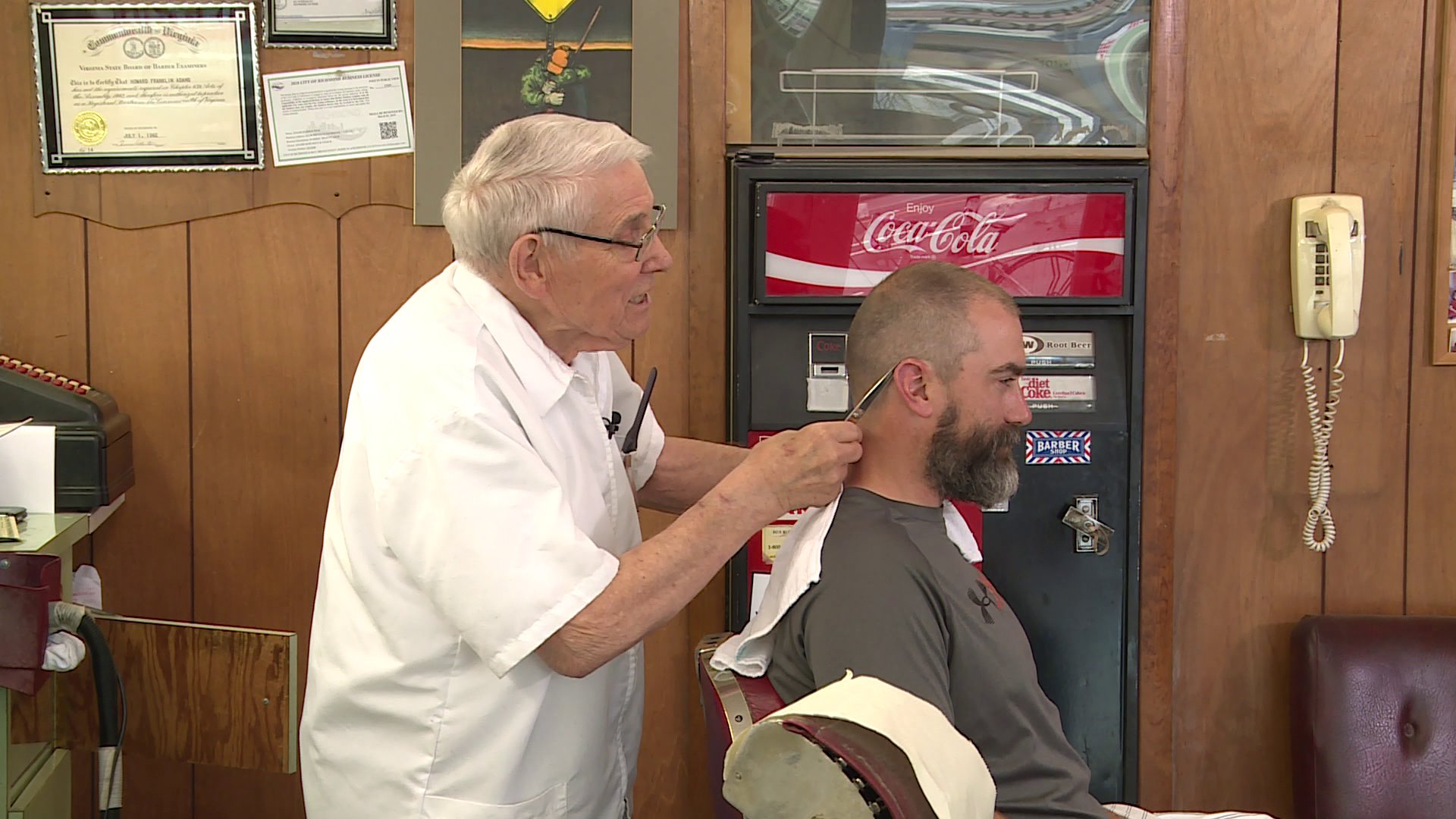 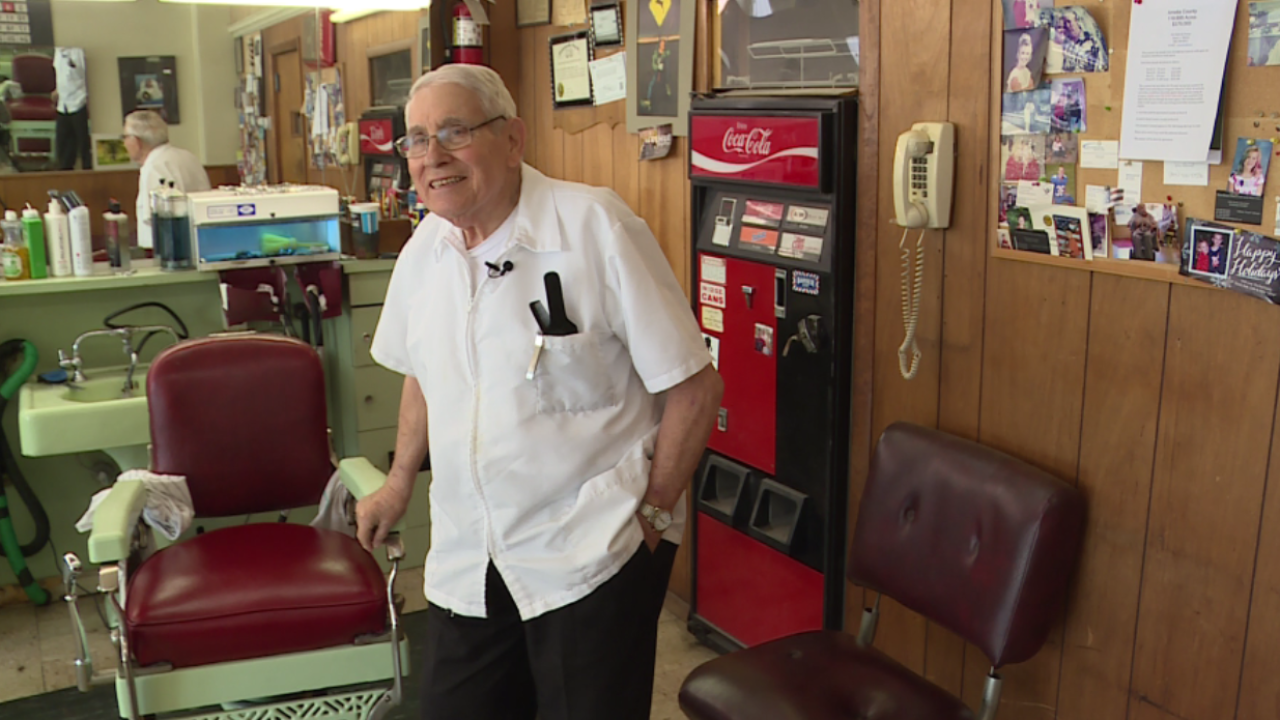 But inside 821 Broad Street. Somebody forgot to tell the owner. Howard Adams travels at his own speed. Slow and steady.

“I start at six o’clock every morning,” said Mr. Adams.

It’s what defines this barber.

“When I was a kid I used to hang around barber shops,” he said.

Mr. Adams has been cutting hair on this very spot since before Alaska was even a state.

He picked up his shears professionally in 1958.

Hairstyles and prices may alter, but Mr. Adams always delivers consistency with surgeon like precision.

"Flattops is how I made a living when I started 60 years ago.”

The 83-year-old shares a special bond with his clients. Sit in the chair for a trim and a side of sage advice.

“There are two things when you go to the store you buy the best of. Shoes and mattress. When you’re not in one you’re in the other," said Adams.

Through the years there were close calls. And not just with the straight edge razor.

His shop in the heart of VCU nearly burned down when a massive apartment fire erupted a couple of doors down in March of 2004.

The wood paneling, 8-track tapes and artifacts harken back to a simpler time.

“That cash register was bought the second year I came here so it is 58 years old,” recalled Mr. Adams.

His customers can't get enough.

“It reminds me of the Andy Griffith Show. You come in and you sit down and have a good experience. It’s nice to have friends while you’re talking," said Tommy O'Connell.

“He is a legend here as far as I know,” said O’Connell. “Everyone told me to go to Mr. Adams. My boss actually made fun of me for going to someone else.”

Recently, the Mayor of Richmond and Secretary of Public Safety and several police officers saluted their barber for six decades of haircuts.

“I want to thank you for all that you have done for me. Because I’ve tried to do everything I can for you all," said Mr. Adams.

The outpouring proves too much for this benevolent barber. Mr. Adams never considered his career work. But all good careers must end.

Mr. Adams recently sold his shop, shears and seats. For a man who spent most of his life standing. It's time to put his feet up.

Adams Barber Shop will close for good on June 30th.

“My wife and kids want me to come home,” he said.

After sixty years. It will be the day change arrives at his doorstep.

Adams Barbershop may be closing at the end of June, but Mr. Adams is not putting down his scissors for good. After taking the month of July off Mr. Adams will begin working part-time at a new shop a block away. Thanks for the memories Mr. Adams.