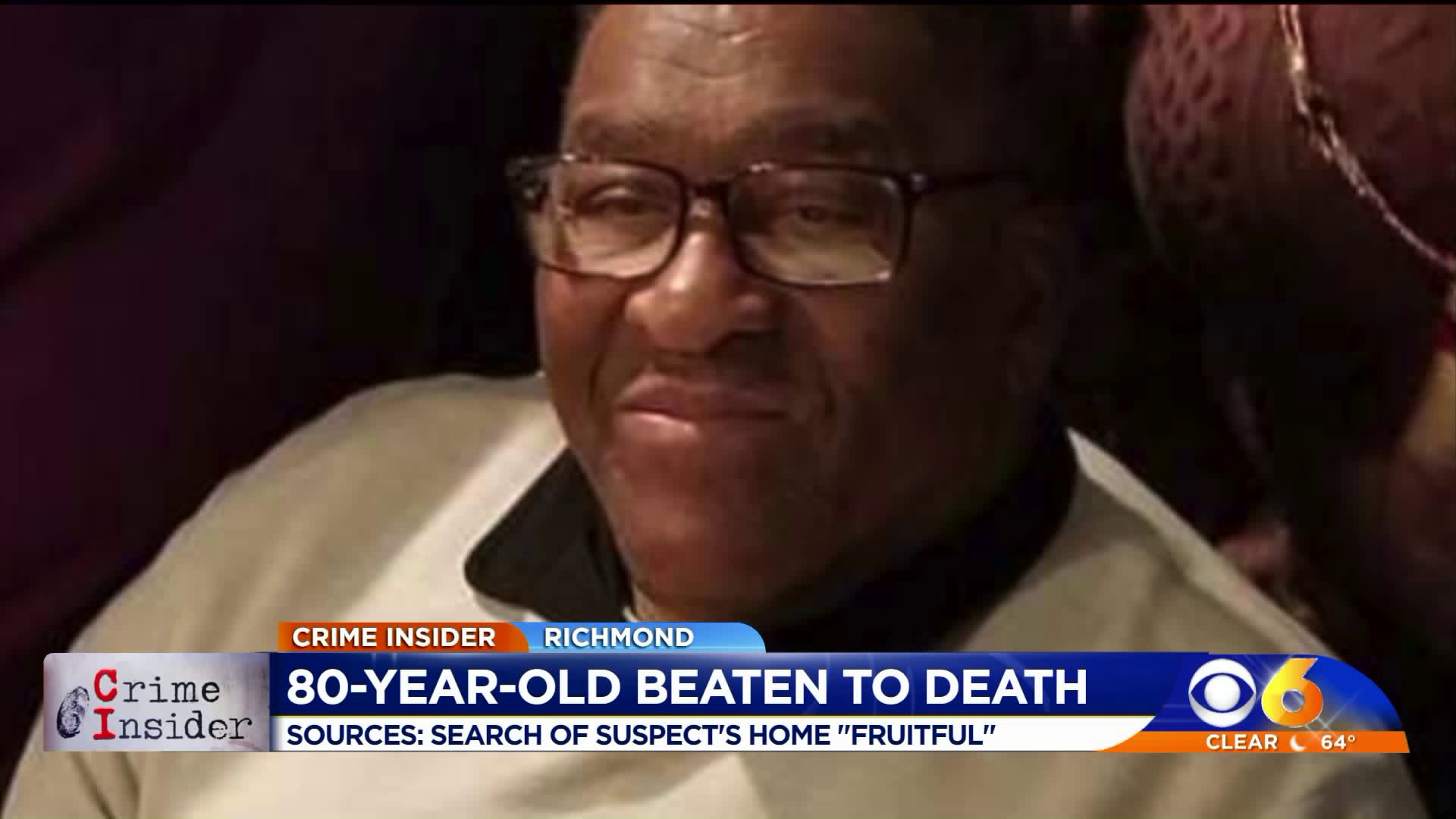 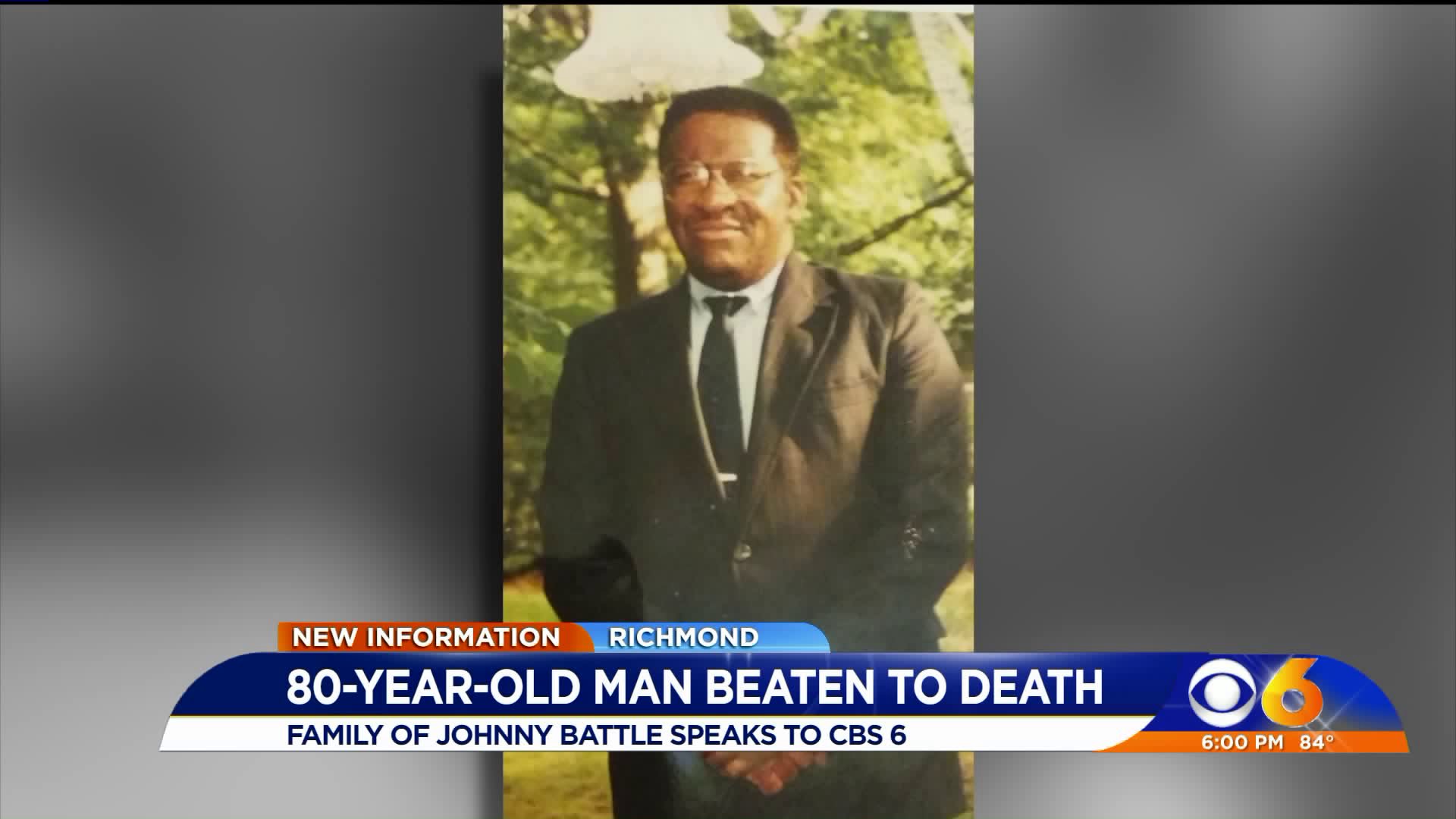 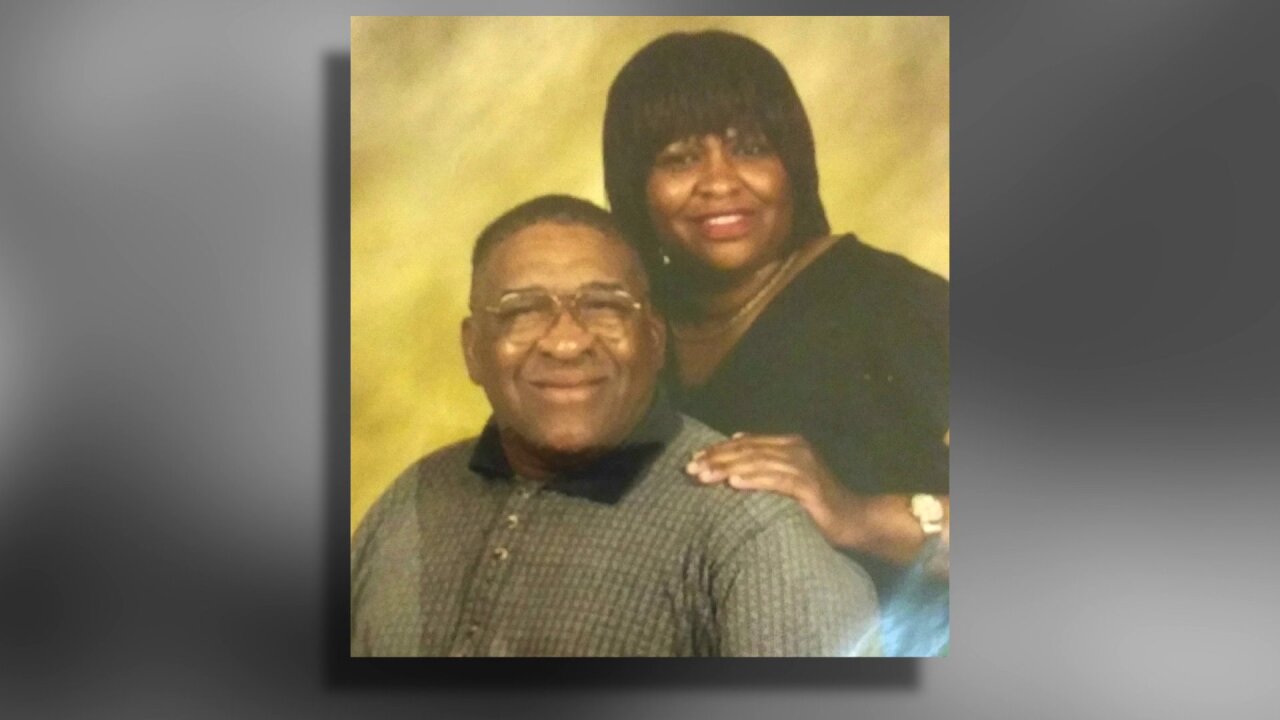 RICHMOND, Va. -- Johnny Battle raised and provided for two generations of family at his Decatur Street home.  Battle, a father of four with multiple great grandchildren, was sitting in his wheelchair in his backyard Saturday afternoon when an attacker allegedly delivered blows that would wind up being fatal. The suspect was yelling racial slurs, according to multiple witnesses.

Battle worked as a welder and purchased the family home in 1979.  His passion for antique cars was still strong even after his 80th birthday earlier in the year, family members said.  In front of the family home Tuesday, his loved ones remembered Battle as a man beloved by many in the Broad Rock Community for his big smile and kind heart.

"He had a heart of gold. All the neighbors know him.  He's probably been on this block longer than 98 percent of this block," said Dwavon Battle, Johnny's oldest grandson.  "I couldn't believe it. I broke down right when I heard the news."

"He was a very loving man, always a hard worker," said Sheila Fields, Battle's daughter, who was in high school when their family moved into the Decatur Street home.  "You just can't believe it. A senseless act like this on an elderly man."

Richmond Police charged Michael Kevin McReynolds, a Chesterfield man,  in connection to the assault on Battle.  McReynolds is accused of also attacking a 62-year-old man near 31st and Hull Streets before he assaulted Battle.  McReynolds remains behind bars on an aggravated malicious wounding charge, but investigators said more charges are pending.

After hitting Battle in the face with an object, McReynolds stomped on him with motorcycle boots, Crime Insider sources said. They said McReynolds then walked off, trying to say he was "looking for the man" that injured Battle.

When police arrived, Crime Insider sources said officers Tasered McReynolds, and even after being cuffed, he was kicking and trying to bite officers.

Frederick Williams works at Sam’s Tire and witnessed the violence.

CBS 6 legal analyst Todd Stone said murder charges are likely, and the factors surrounding the attack would be important if McReynolds is convicted by a jury.

"The racial component is a really big factor, the fact that it was a disabled man, and he was elderly: all those things come into play that put this in a different category when it comes to sentencing, assuming they get to that point," Stone said.

"We are depending on the justice system to do their part," Fields said.

In the meantime, Battles' family continues to hold onto each other for strength, and celebrate the memories of a man so many people loved.

The family is holding a vigil to honor Battle's life on Thursday night at 6:30 p.m. at his home at 3161 Decatur Street in South Richmond.  The public is welcome to attend.  Funeral arrangements have not been finalized yet.