When a WWII veteran couldn’t walk to his wife’s grave, two volunteers carried him there 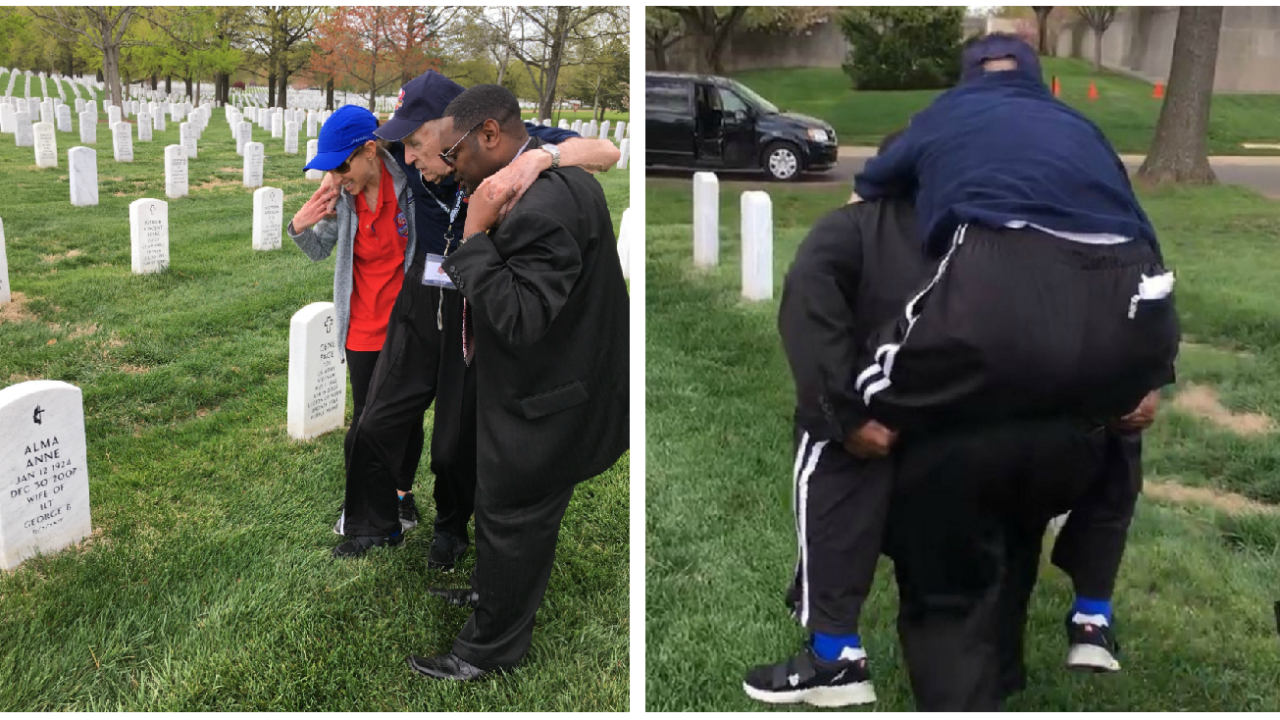 George Boone visited his late wife’s grave three days after the 10th anniversary of her burial.

George Boone figured that 70 yards away was the closest he could get to his late wife’s grave site during his visit to Arlington National Cemetery. At 96, the WWII veteran lacked the strength to make the trek from the car on his own.

But then two observers stepped up to help him.

Boone, a former B-24 pilot who was shot out of the sky and held as a prisoner of war by the Nazis during his service, traveled to Washington, D.C. from North Carolina on an Honor Flight. Although his wife Alma’s grave deviated from the planned tour, volunteers wanted to make sure Boone could visit his beloved, who was laid to rest in April 2008.

As the group rushed to the site on Saturday, Boone’s son, Jon, realized they’d left a crucial thing behind.

“I said, ‘Dad, I forgot the wheelchair. Do you think you can walk with assistance?'” he told CNN.

His father said no. But the two other people in the car, who the younger Boone described as volunteers, weren’t giving up on their mission. They made a chair out of their arms and lifted Boone all the way to his wife’s resting place, where they held him up for 10 minutes while he paid his respects.

The male volunteer who assisted him was so moved by the exchange that he offered to carry the veteran back to the car on his own. Although Boone refused at first, his son says the man insisted.

“He said, ‘This is my honor and privilege. I’m going to carry you. Wrap your arms around my neck, I’ve got you,” the younger Boone recounted. “And off they went.”

The stranger’s gesture left him speechless, as did the entire Honor Flight’s recognition of what veterans have done for their country.

“Without a doubt, it gives you so much pride to be an American,” Jon Boone said. “It’s not all what we see on the news. There are incredible people out there waiting to do good things and show acts of kindness.”