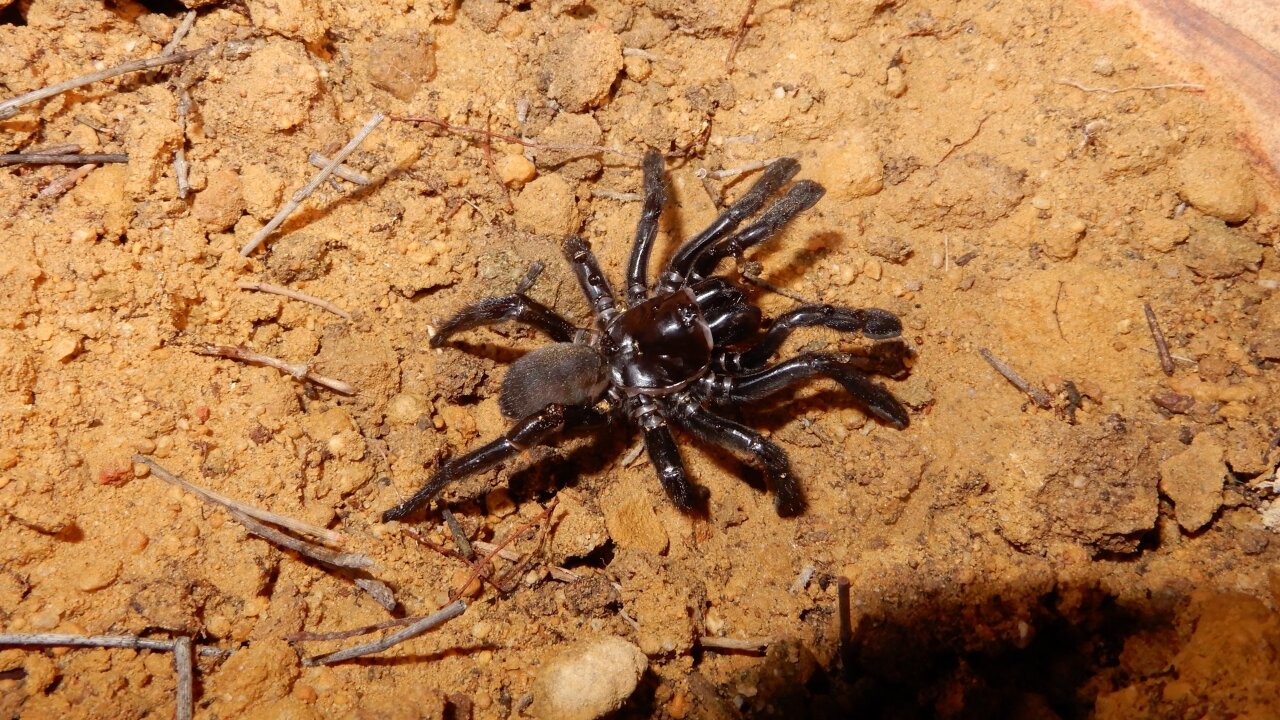 The world’s oldest spider ever recorded died in Western Australia at the age of 43. CREDIT: Leanda Mason/Dept of Environment and Agriculture/Curtin University

The world’s oldest spider ever recorded died in Western Australia at the age of 43.
CREDIT: Leanda Mason/Dept of Environment and Agriculture/Curtin University

She died a tragic death when she was violently attacked by a wasp in Western Australia.

What makes her story remarkable is that until her death, this trapdoor spider was the oldest known spider in the world.

Trapdoor spiders are called such because they don’t spin webs like many others. Instead, they live underground and build a cork-like trapdoor out of soil, vegetation, and silk, which they use to trap insects.

The lifespan of a trapdoor spider is between five and 20 years.

“To our knowledge this is the oldest spider ever recorded, and her significant life has allowed us to further investigate the trapdoor spider’s behavior and population dynamics,” said Leanda Mason, the lead author of the study that documented No. 16’s life.

The cause of its longevity

No. 16 lived in Western Australia, where trapdoor spiders were the subject of a decades-long study that began in 1974.

Thanks to the detailed and long-term research, scientists determined why No. 16 lived so long:

Trapdoor spiders may look a bit intimidating but they pose no danger to humans. Their bites are nontoxic to humans and they are usually very timid.

No. 16 died in May 2017. But the death was reported in detail in the Pacific Conservation Biology journal this month.

She outlived the previous world record holder, a 28-year-old tarantula found in Mexico.