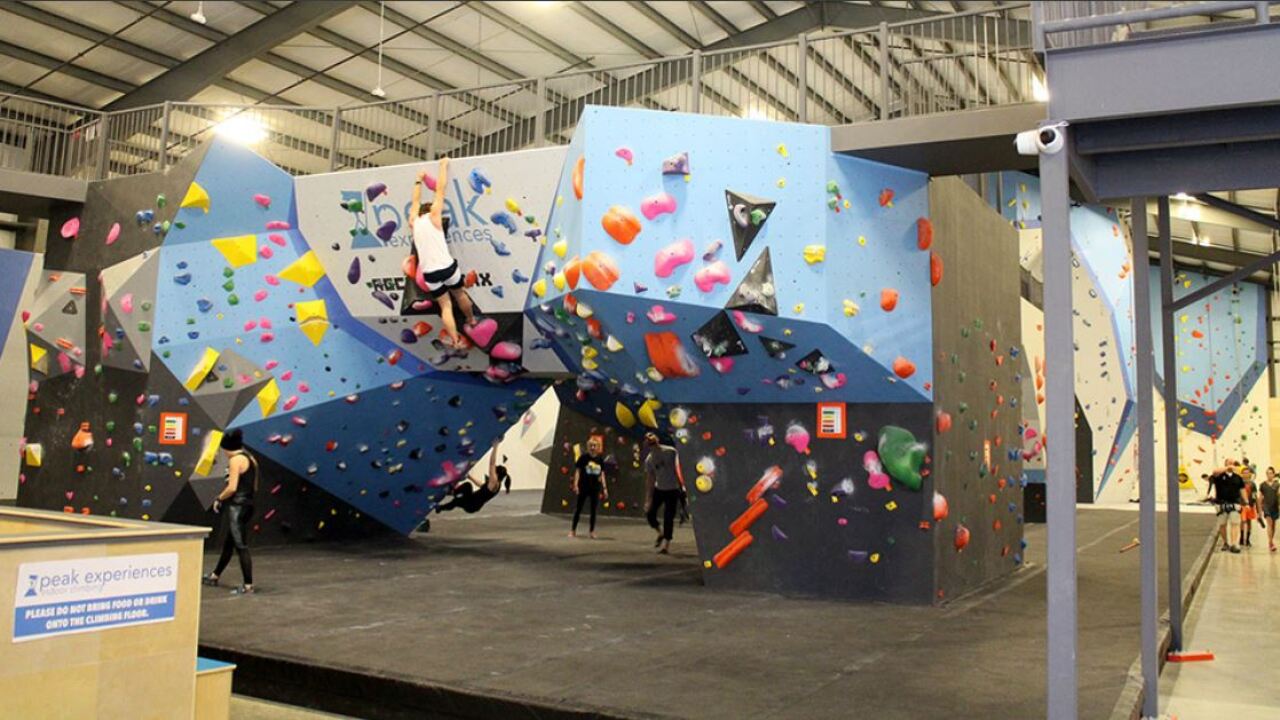 RICHMOND, Va. — After 20 years in Midlothian, a local climbing gym has opened the doors to its first facility in the city.

Peak Experiences last week opened its new location inside the Sports Center of Richmond at 1385 Overbook Road, not far from The Diamond.

The 21,000-square-foot gym has room for different types of climbing, including bouldering, which uses shorter walls and does not require harnesses; as well as top-rope climbing, a traditional style on higher walls in which the climber uses a rope to anchor themselves. It also features a yoga studio, fitness center and retail area.

Co-owner Jay Smith said the new spot opened earlier to its members, but is now open to the public.

Peak’s project in the city was announced in late 2016 and constructed in a newly built section of the SCOR complex that was put in motion that same year, after a snowstorm collapsed its dome.