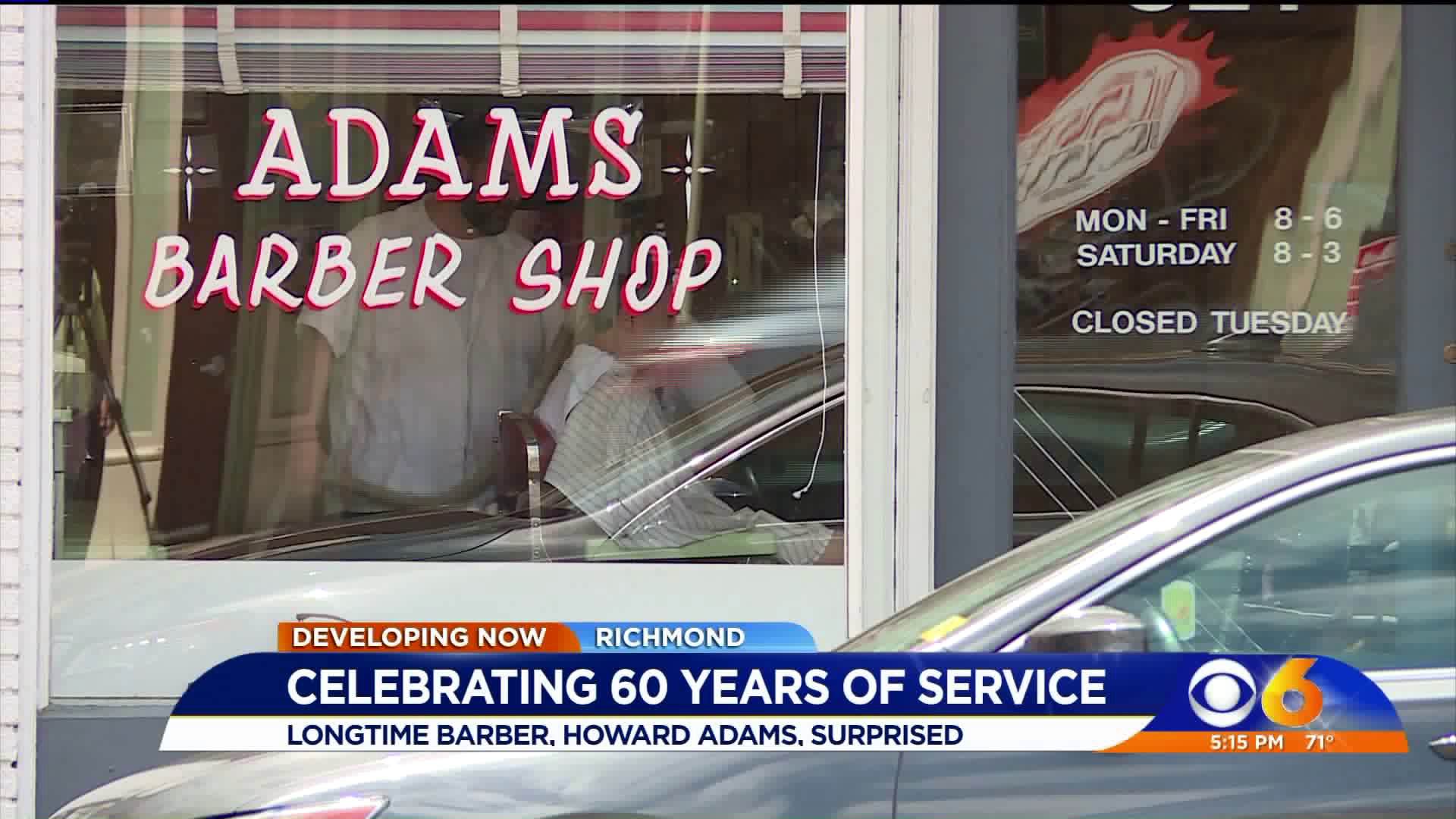 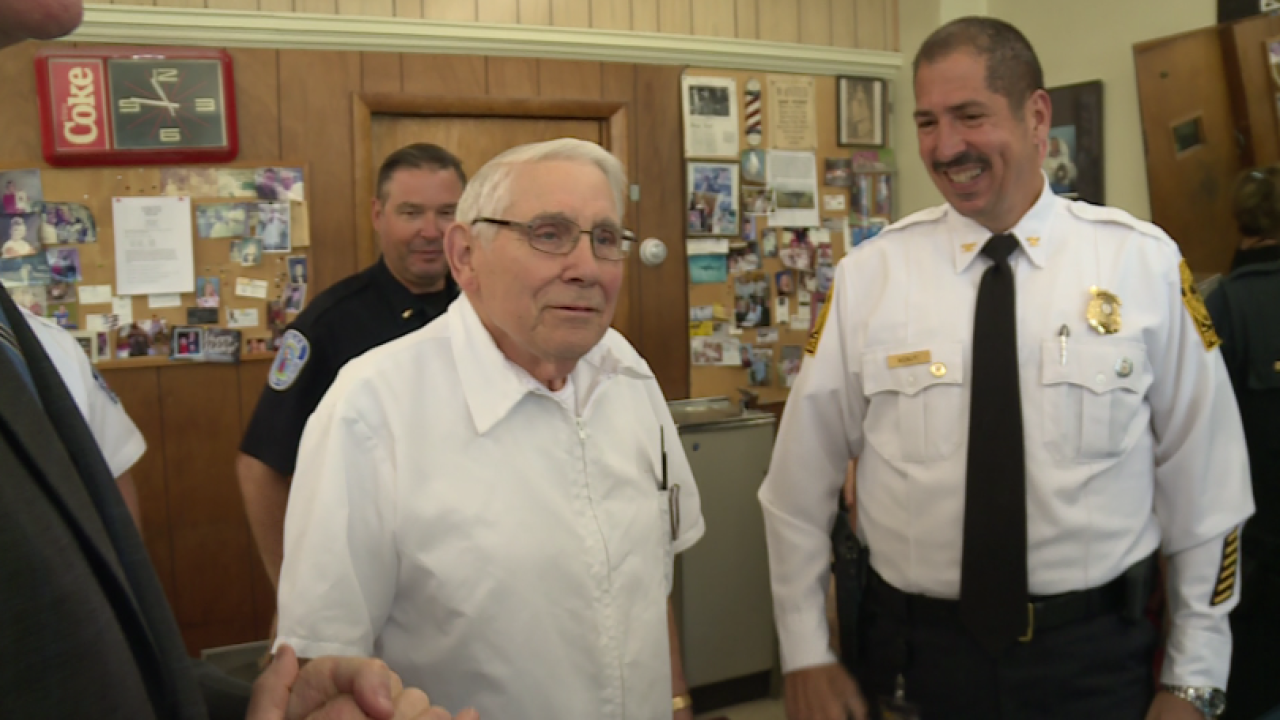 RICHMOND, Va. – A longtime Richmond barber received a special surprise Monday morning as he was honored by city and state officials inside his West Broad Street shop.

“For your 60 years of service, our great community, the city of Richmond, would like to present to you a proclamation. Sixty years and 60 more years as well,” said Mayor Stoney.

Mr. Adams was also honored with a cake to celebrate his six decades of service.

“It’s hard to believe that this many people can think this much of me… but they sure do,” said Adams.

The 83-year-old also expressed his appreciation for his loyal customers, many of whom were present during the special surprise.

“It’s been a great run, with great people, and I’ll tell you these people have been the best… Firemen, policemen, boy I’ve waited on a lot of them and they are great people,” said Mr. Adams. 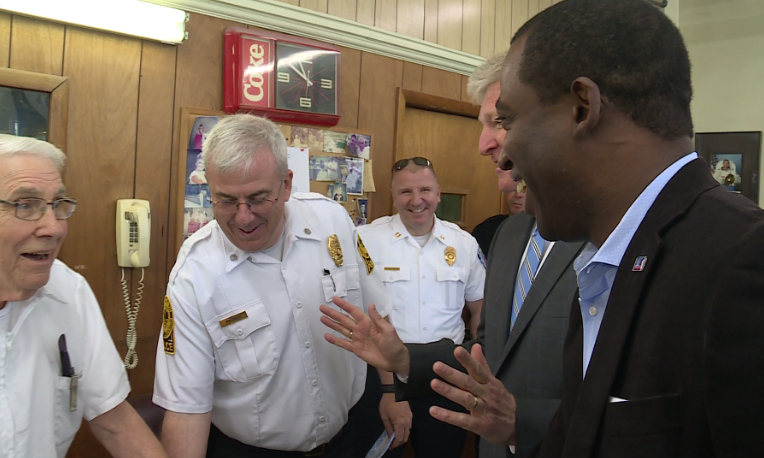 "You love your customers. You got to. I've never waited on a customer. I wait on my friend and if I cut his hair three times, he's my friend from then on.”

Mr. Adams time on Broad Street will soon come to an end as he is set to retire later this year to spend more time with his wife.

When asked why he waited so long to retire, Mr. Adams said, “Because I enjoy it too much. Don’t ever leave something that you love to do. I love this job and I love these people.”

You can learn more about Mr. Adam’s time clipping, trimming and buzzing hair along Broad Street in the latest edition of Greg McQuade's "I Have a Story," Friday at 11 p.m.