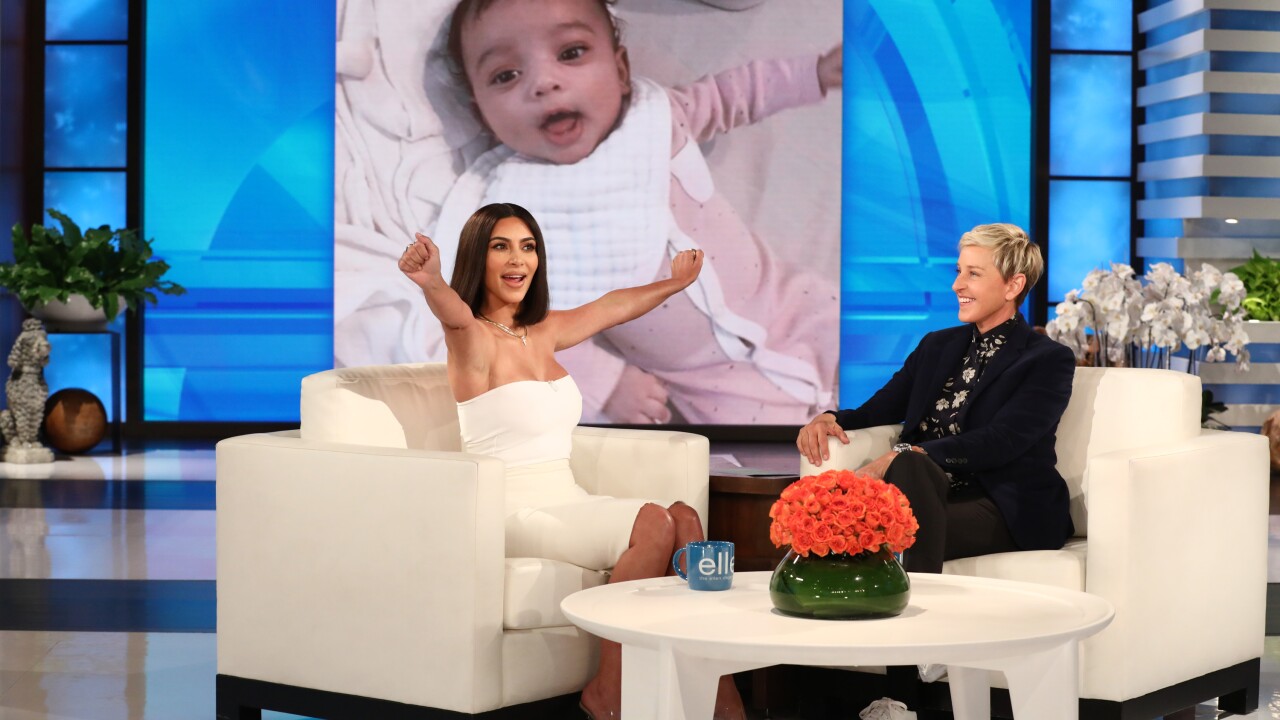 In this photo released by Warner Bros., a taping of “The Ellen DeGeneres Show” is seen at the Warner Bros. lot in Burbank, Calif. (Photo by Michael Rozman/Warner Bros.)

“Keeping Up with the Kardashians” star and media mogul Kim Kardashian West makes an appearance on “The Ellen DeGeneres Show” on Monday at 3 p.m. on CBS 6.

Kim opens up about the breezy birth of her daughter Chicago via surrogate and how her fears of not instantly connecting with the baby immediately slipped away.

Kim tells Ellen her sister Kourtney was in the delivery room lending her support while her husband, Kanye West, was in an adjoining room playing “Connect 4” with friends.

In this photo released by Warner Bros., a taping of “The Ellen DeGeneres Show” is seen at the Warner Bros. lot in Burbank, Calif. (Photo by Michael Rozman/Warner Bros.)

Kim chats about how she and Kanye decided on the name Chicago, Chi for short, and reveals other names they considered.

Kim admits her eldest daughter, North, is nicer to the baby then she is with her younger brother, Saint, and shares North barely speaks to her brother, but recently shocked Kim when she shared popcorn with him. The mother-of-three also discusses 2-year-old Saint’s large vocabulary and how he smothers Chicago with love.

Then, Kim tells Ellen she will remind Kanye to plan their upcoming fourth wedding anniversary while she takes care of his birthday the following week.

Kim also chats about the Kardashian-Jenner’s and West’s upcoming appearance on “Celebrity Family Feud” and refutes host Steve Harvey’s comments that she didn’t perform well on the game show.

Plus, Kim talks about her revealing new fragrance, KKW Body.

And, since Kanye West has been known to not smile in photos, Ellen and Kim play a new game called, “Is Kanye Happy or Not Happy?” 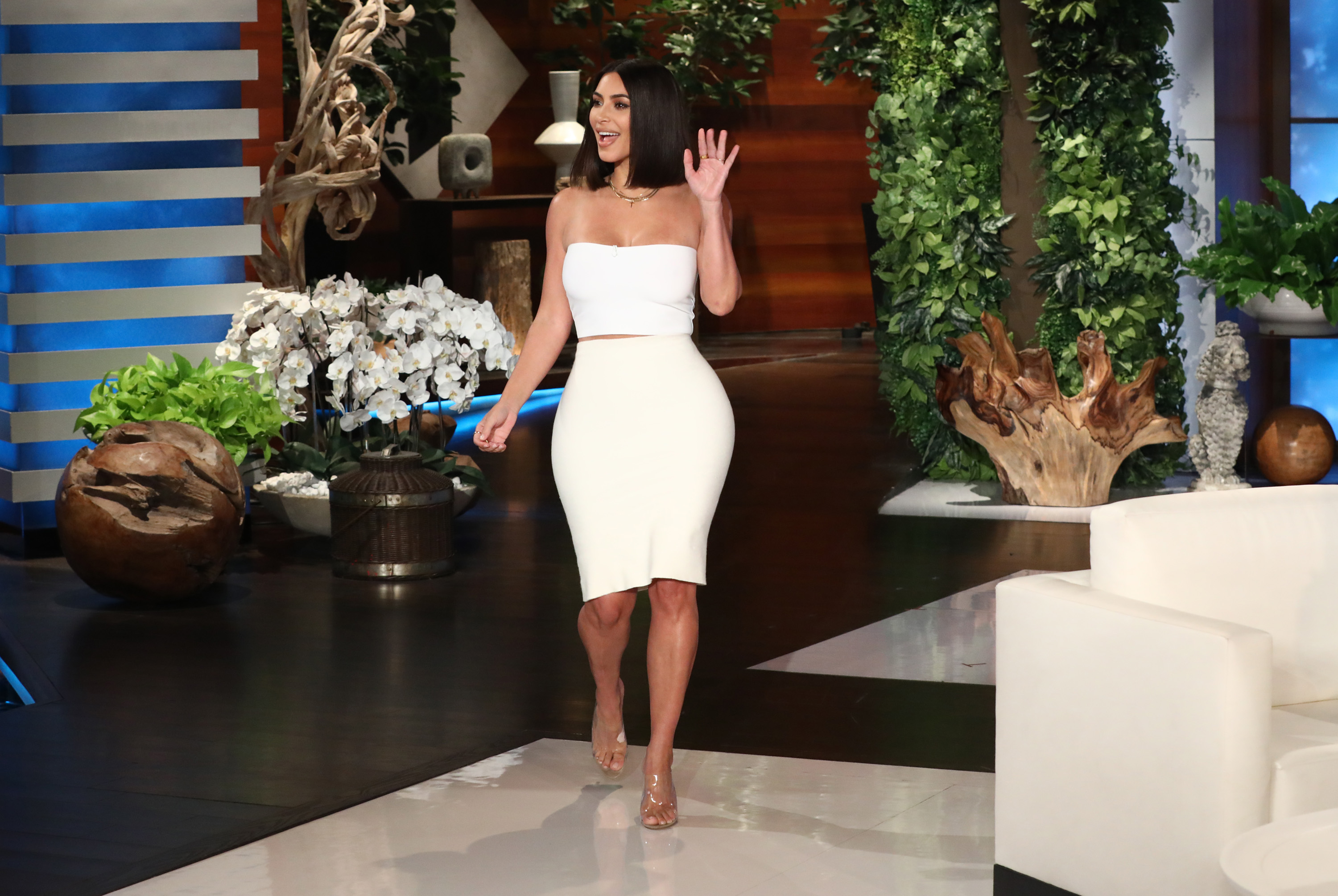