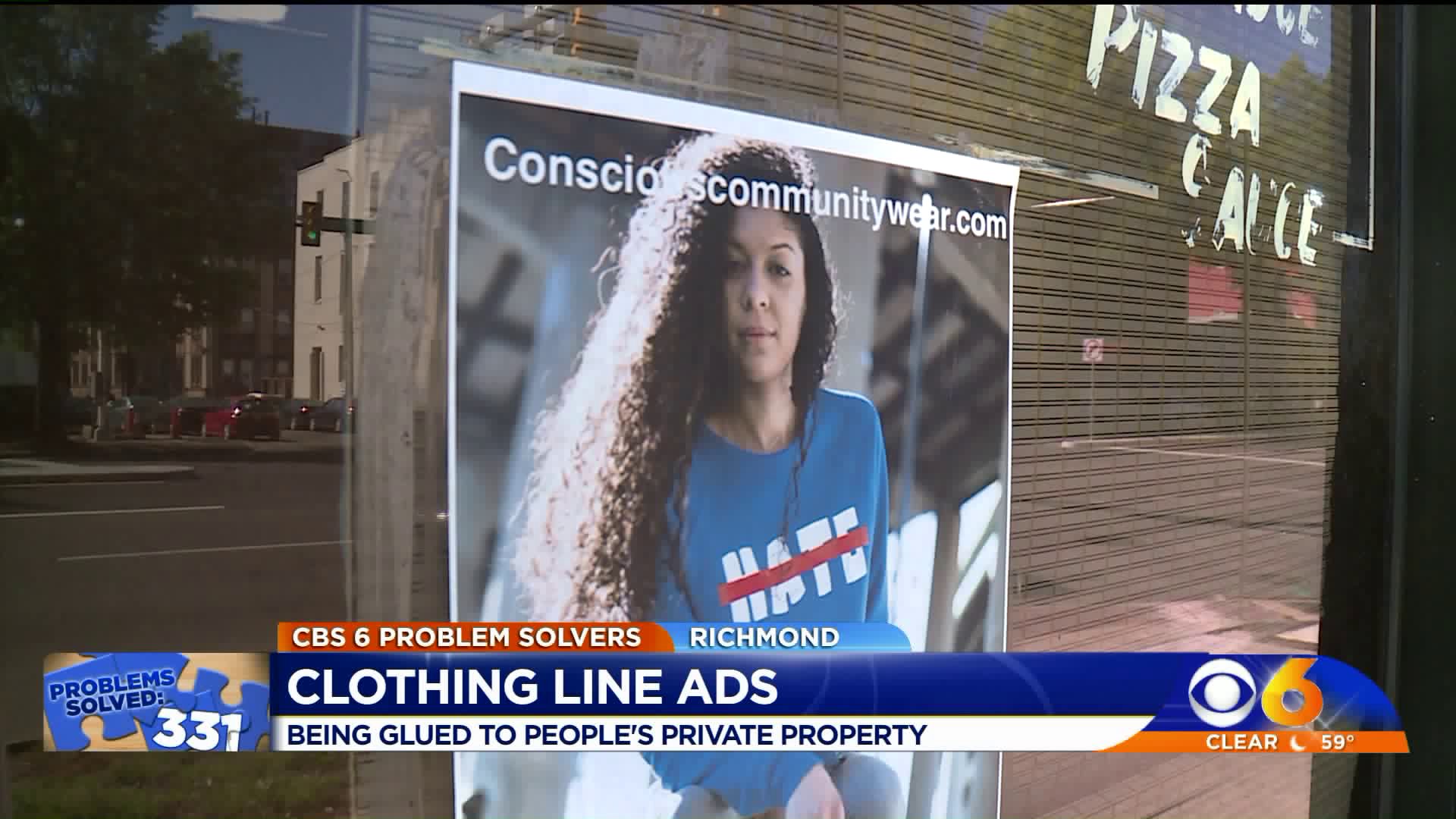 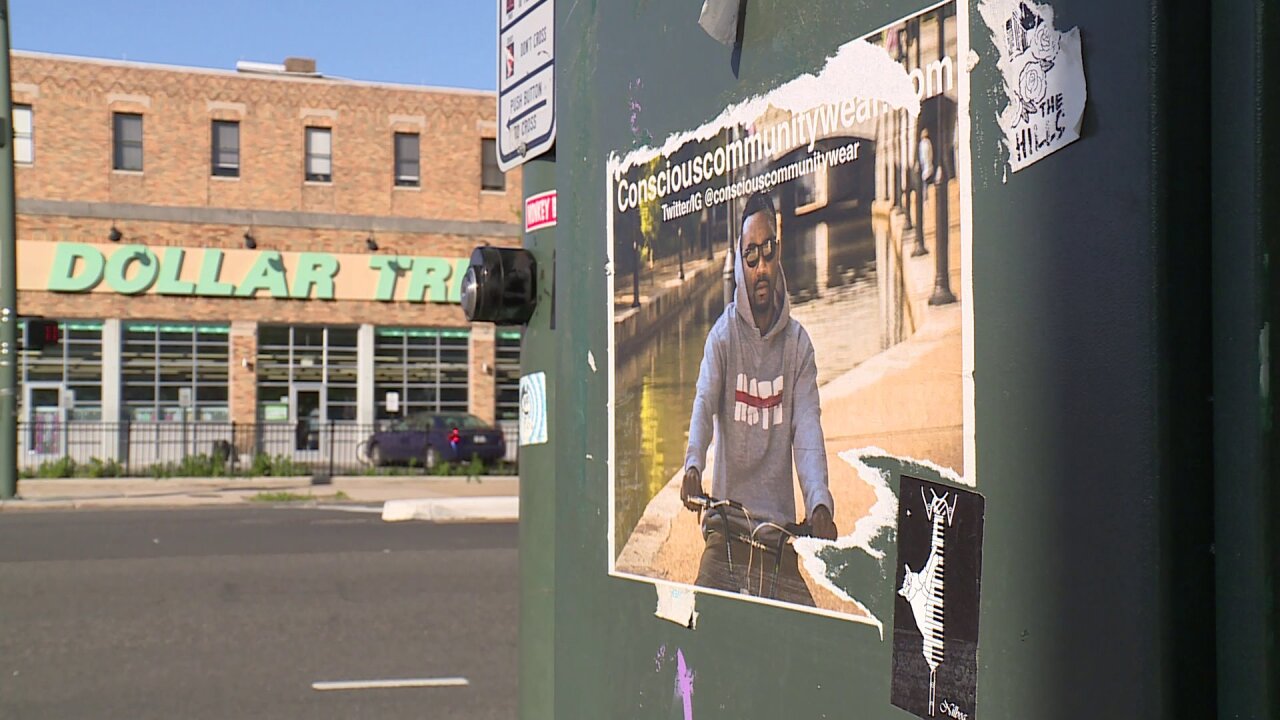 “There was a flyer on the side of my building, kind of pasted on there,” said Richmond resident and business owner Kurt Engleman.

“You can’t just peel it off with your hands. To get it off takes a lot of scrubbing and a putty knife to kind of chip away at it,” he said.

Kurt Engleman spent 30 minutes scrubbing off the flyer that was glued to his Broad Street business and he’s not alone. There have been dozens of similar reports around the city and posted on public forums.

Why is Conscious Community Wear committing vandalism by gluing unauthorized advertising to our building facade?! from rva

“It seems a little bit hypocritical to have a company called Conscious Community and then use vandalism and trespassing as your marketing technique,” Engleman explained.

It’s unclear who placed the unwanted ads, but police say it’s illegal. CBS 6 reached out to the Richmond company via its website and Facebook page with no response. Residents did as well.

“I went to the company’s website and sent them a note asking them to remove the sign that was on our building within a couple of days, never got a response from them, so I went to the police to report it,” said Engleman. “If you have a website and you are putting up posters, you would think you would want people to contact you and get in touch with you. When I did that and was completely ignored especially from a company that has community in their name. It makes me question what their business motto really is.”

Under Richmond city code, the unauthorized posting of a handbill on public or private is considered a nuisance and if convicted is punishable by fine.

“It was disrespectful, vandalism… we spend a lot of time and money to keep our building looking nice and to have someone paste something on the side of our building without asking if they could do that, for something completely unrelated to our homes or our businesses here, not a great feeling,” said Engleman.

“It’s frustrating to have to spend time to have to clean up someone else’s mess.”

If you are a victim of this property crime police say you can file a report.  If you have information that could help police, call Crime Stoppers at 780-1000 or at http://www.7801000.com.