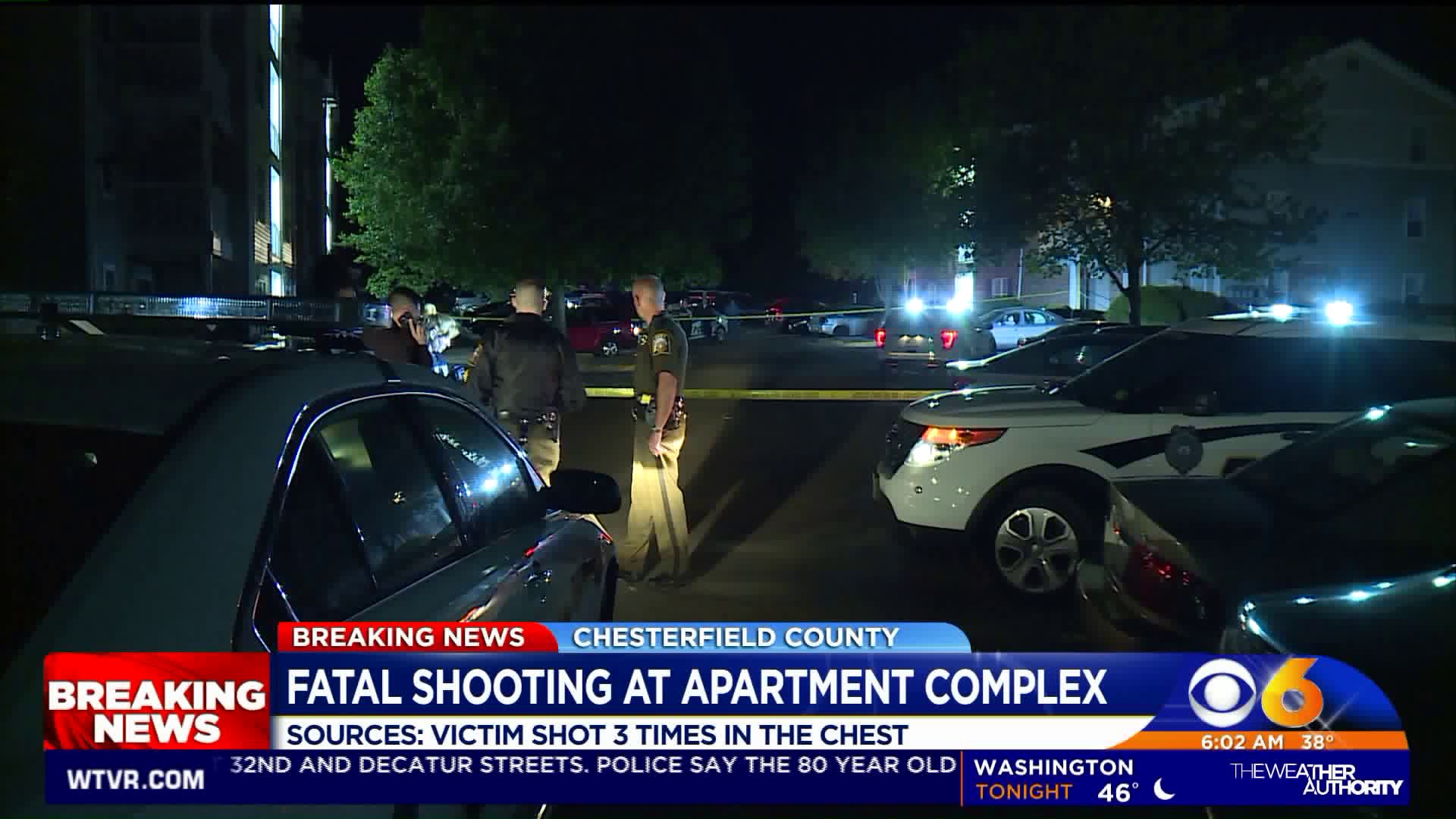 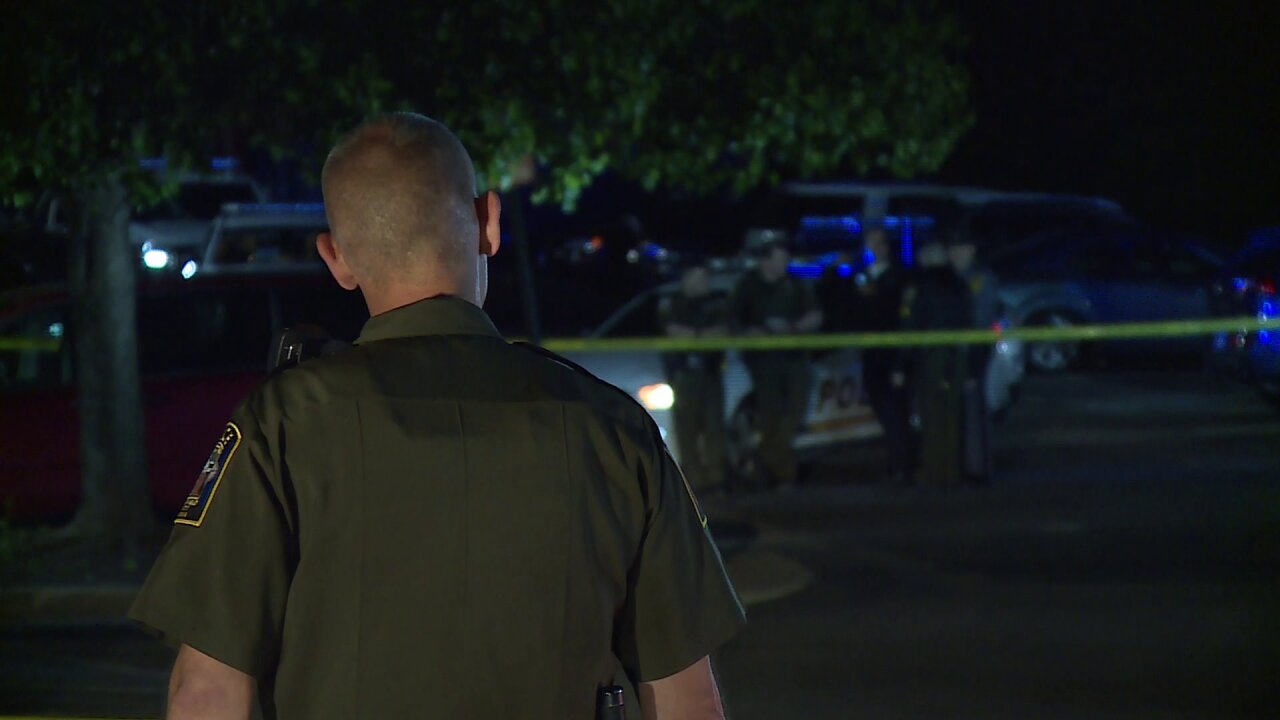 CHESTERFIELD COUNTY, Va. -- Police are investigating a fatal shooting reported in a Chesterfield County parking lot. Officers were called to the 4900 block of Burnt Oak Drive, in the Ivy Walk Apartments, at about 10:30 p.m. Sunday.

"[Police] found an adult male in the parking lot suffering from multiple gunshot wounds. The victim was transported to Chippenham Hospital where he was pronounced dead," a Chesterfield Police spokesperson said. "Police continue their investigation into this incident."

Crime Insider sources confirmed the victim was shot three times in the chest.

Neighbors reported hearing four to five gunshots prior to police swarming the area.

First responders pulled the victim from the driver's seat of a car and attempted to perform CPR, according to witnesses.

Police deployed a helicopter with a thermal imaging camera to attempt to find the shooter.

No arrests have been made. Police did not release a suspect description.

This is a developing story. Witnesses can send news tips and photos here. Anyone with information was asked to call Chesterfield Police at 804-748-1251 or Crime Solvers at 804-748-0660.

#BREAKING We just watched live as @CCPDVa towed away car believed to be involved in homicide overnight. Crime Insider sources say man was found in Ivy Walk Apartment parking lot with 3 gunshot wounds to the chest. No arrests made @CBS6 pic.twitter.com/w37M5a0t8M

#BREAKING Man gunned down in parking lot of Ivy Walk Apts on Burnt Oak Drive in #Chesterfield. Crime Insider sources say victim was shot 3 times in chest. No arrests made in this homicide, according to @CCPDVa @CBS6 pic.twitter.com/YNia9xigBG