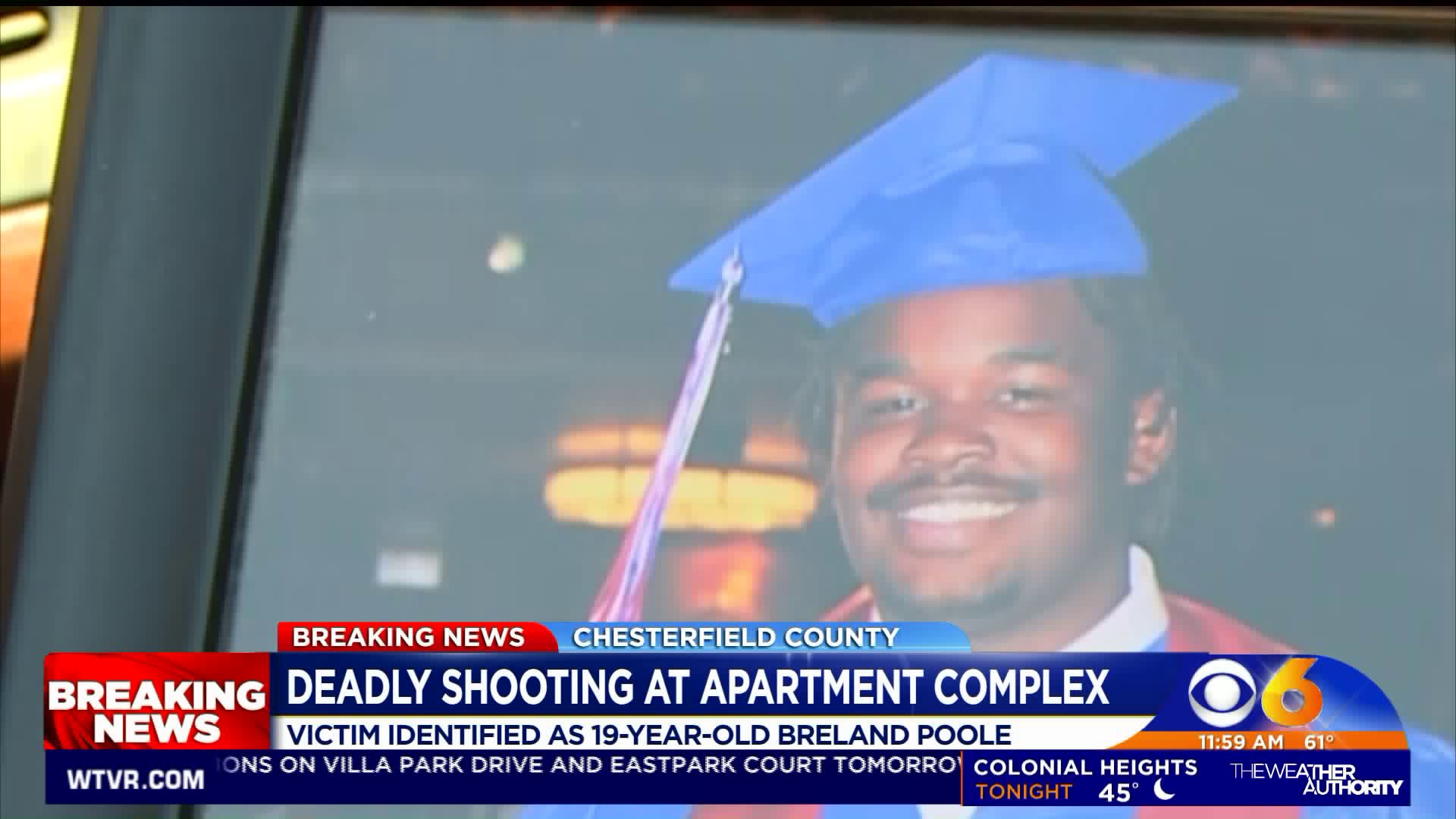 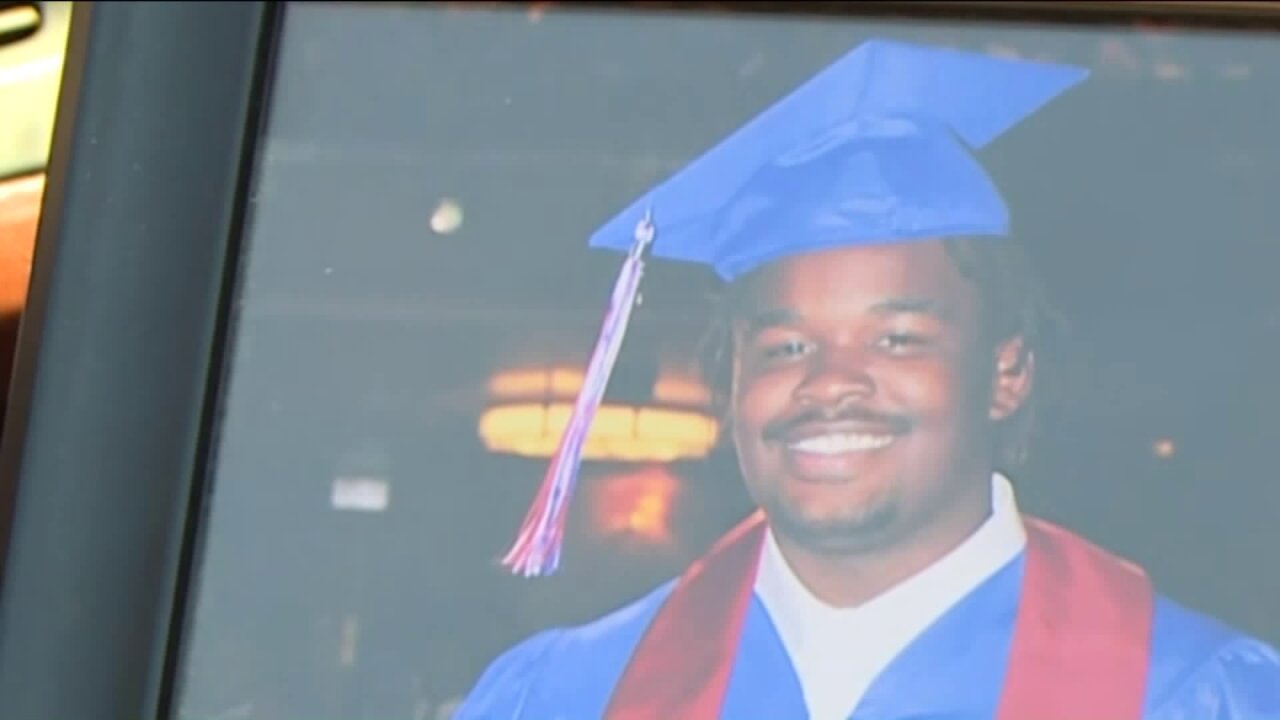 CHESTERFIELD COUNTY, Va. - -Police are investigating a fatal shooting reported in a Chesterfield County parking lot. Officers were called to the 4900 block of Burnt Oak Drive, in the Ivy Walk Apartments, at about 10:30 p.m. Sunday.

"[Police] found an adult male in the parking lot suffering from multiple gunshot wounds. The victim was transported to Chippenham Hospital where he was pronounced dead," a Chesterfield Police spokesperson said. "Police continue their investigation into this incident."

Crime Insider sources say the teen was shot in the chest three times.

Tears ran down her face as she clutched the George Wythe High graduate's framed photograph.

"He was a kind-hearted kid, gentle giant, a typical 19-year-old just trying to find his way," Barbara recounted.

She said she didn't know why her son was parked at the Ivy Walk Apartments Sunday night.

"He came home and ate dinner after playing basketball. We joked and he said, 'I'll see you later,'" Barbara remembered.

Neighbors reported hearing four to five gunshots prior to police swarming the area.

First responders pulled the victim from the driver's seat of a car and attempted to perform CPR, according to witnesses.

"This is a sad situation. You can't live somewhere in peace without this kind of violence around you," said neighbor Cris Baltimore.

Police deployed a helicopter with a thermal imaging camera to attempt to find the shooter.

Barbara Poole said she was told police had leads in catching her son's killer. She plead for the shooter to turn themself in.

"I want [the shooter] to tell me why he would do this to my son. For what? What did you think you'd solve by taking a life?" she cried.

The Richmond mother left with a handful of glass from her son's shattered car window.

No arrests have been made. Police did not release a suspect description.

This is a developing story. Witnesses can send news tips and photos here. Anyone with information was asked to call Chesterfield Police at 804-748-1251 or Crime Solvers at 804-748-0660.